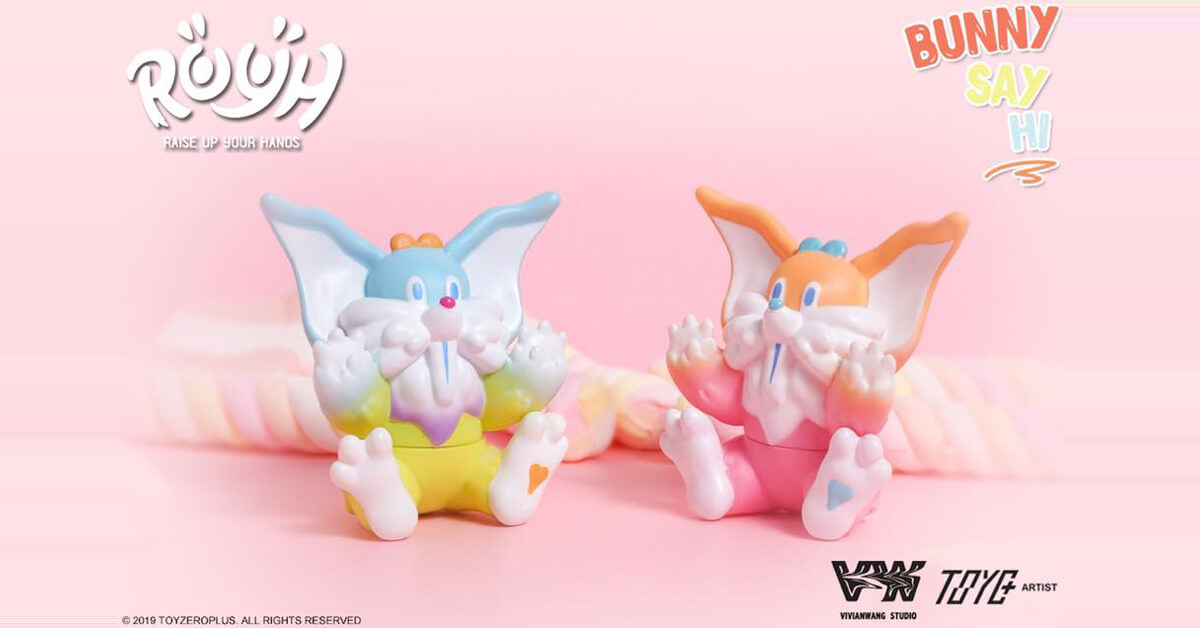 Next on the team roster for Plus is Taiwanese artist Vivian Wang and bring her character “BUNNY” into “Raise Up Your Hands (RUYH)” series! Time to enter Vivian Wang’s signature colourful world. Cast your minds back to 2018 when  Plus released “Momoco Studio” Raise Up Your Hand mini-series taking Momoco “baby sharks” and Byebyechuchu’s “OLOGY’ character making them uber cute? 2019 sees ToyZero Plus release the next series which features Vivian Wang BUNNY.

BUNNY can be described as luck and redemption. During the times when you feel desperate, it will appear and escape with you. In Vivian’s picture book called “ANNA”, BUNNY is the main character’s favourite doll and had been reformed to be a bunny head mask to cover up his in-confidence. And actually, BUNNY is a real existing rabbit from another parallel universe. For a secret mission, it came to the protagonist through a mirror. Its secret will be revealed one after the other!

Available in Pink Orange/Blue Lemonade colour, 7CM tall with individual packaging will be launch at the Shanghai Toy Show(STS) 2019 at TOYZERO PLUS booth (A78).

For international collectors, stay tuned for any allocated stock.