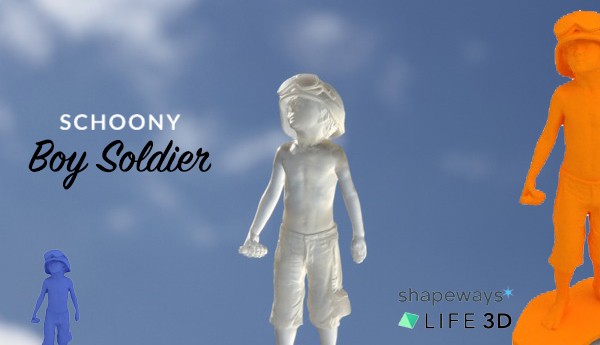 London based artist, Schoony ‘Boy Soldier’ art piece is now available to buy as a 3D print from Shapeways! This Boy Solider has been seen all around the world and now you can get your own.

Schoony took the London art scene by storm in 2008 at mutate Britain’s one foot in the grove on portobello road with his life cast sculptures ‘boy soldiers’. Since then, his new found career has gone from strength to strength. Schoony’s Boy Soldier can be seen in KICKASS 2 and ‘Little Favour’ starring Benidict Cumberbatch. His art has universal meaning for all walks of life. He is one of few artists that use the discipline of life casting as an art form.

Shapeways is one of the world’s best 3D printing manufacturers allowing Schoony to sell you 3D prints on demand with many material options. 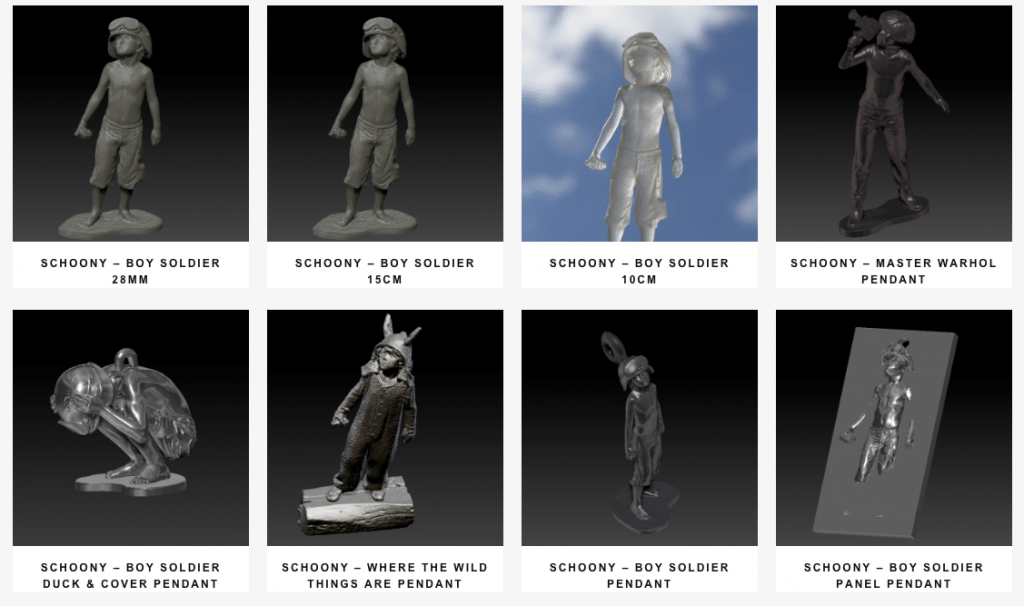 Various versions of the figure (miniature scale) are available and sizes can be chosen. It can be printed in Ultra Frosted Detail plastic, currently the highest detail material Shapeways does allowing for fine detail even at small scale.

Life3D specialises in 3D scanning and creating models for 3D printing. The company is located at Elstree Film Studios in Borehamwood, UK. We’ve used our equipment to scan everything from animals to film stars and have designed various 3D printed objects. Now we’re releasing some of our 3D printing project for you to purchase for yourselves. Visit us at: http://life3d.co.uk/

(all photos and info lifted from Schoony ,Shapeways andLife3D sites)