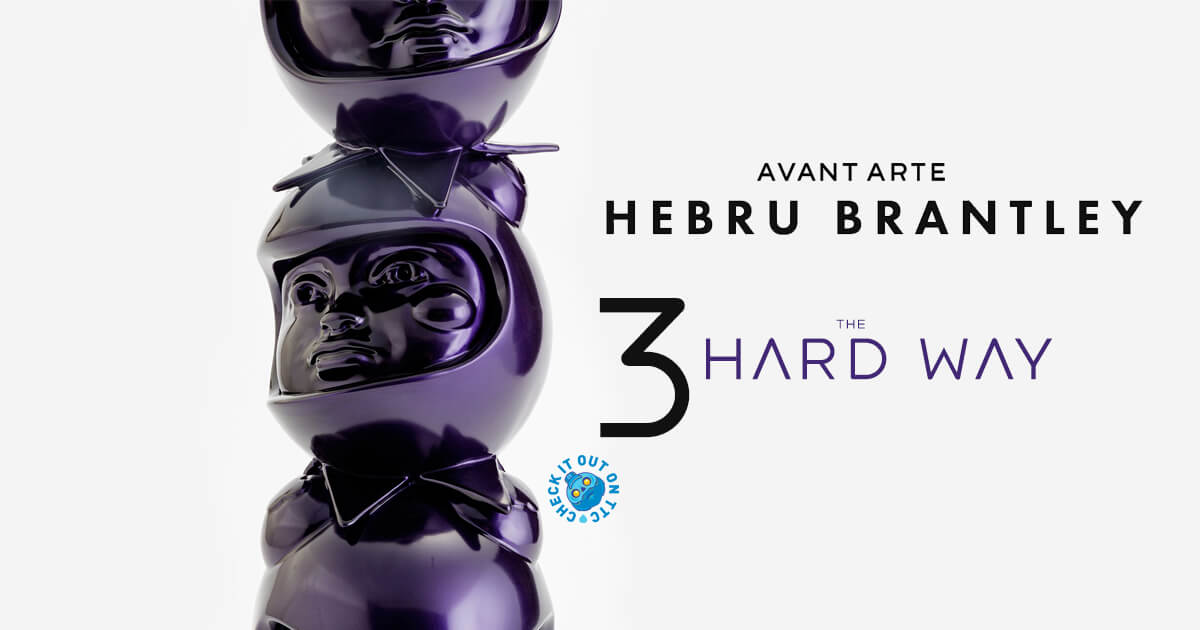 From the artist behind FLYBOY, HEBRU BRANTLEY links up with Avant Arte to present to you “3 THE HARD WAY”. Avant Arte collaboration with Hebru, 3 THE HARD WAY,  Hebru says, “3 THE HARD WAY portrays the concept of standing together to fight a system of racism and violence against the Black community — because we are stronger together.”

Hear Hebru talking about collaboration and life as an artist when Avant Arte interviewed him last week below.

Hebru Brantley draws inspiration from comic books and pop art to create empowering, afrofuturist visions. Hebru says, “3 THE HARD WAY portrays the concept of standing together to fight a system of racism and violence against the Black community — because we are stronger together.” The sculpture, an edition of 50, is created from bronze with a specialist satin paint finish. This edition also comes as a print.

Majorly influenced by the South Side of Chicago’s Afro Cobra movement in the 1960s and 70s, Brantley uses the lineage of mural and graffiti work as a frame to explore his inquiries. Brantley applies a plethora of mediums from oil, acrylic, watercolour and spray paint to non-traditional mediums such as coffee and tea. Brantley’s work challenges the traditional view of the hero or protagonist. His work insists on a contemporary and distinct narrative that shapes and impacts the viewer’s gaze.

Brantley has collaborated with brands like Nike, Hublot and Adidas. Brantley earned a B.A. in Film from Clark Atlanta University and has a background in design and Media Illustration

(info and media lifted from https://www.hebrubrantley.com/ )