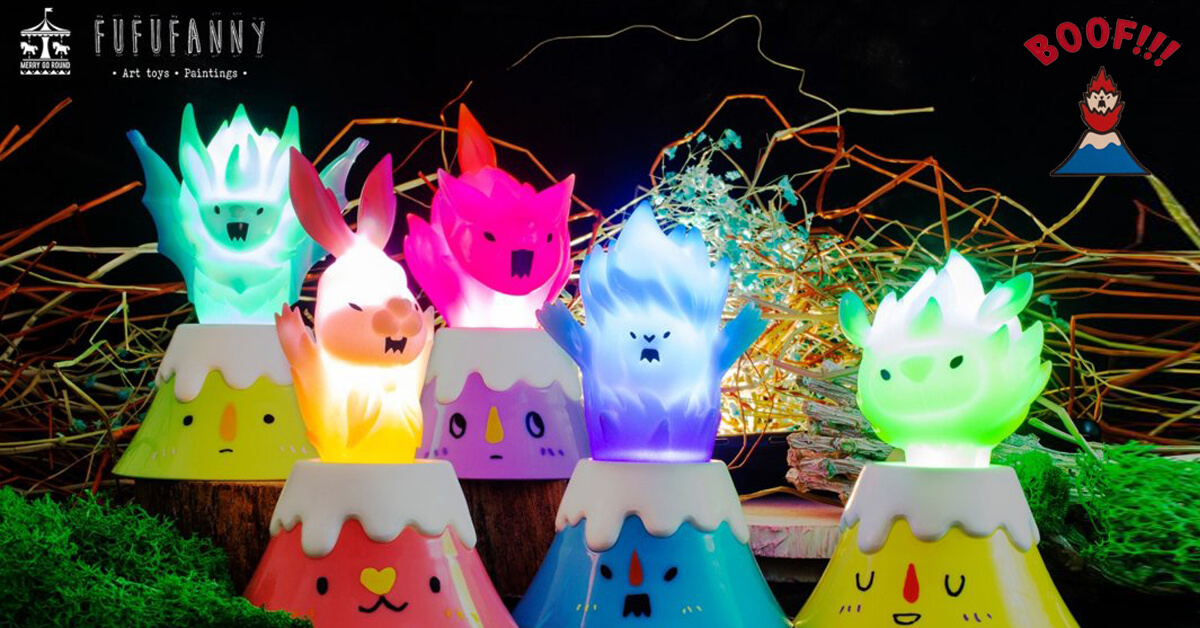 BTS had a vinyl eruption! when Fanny Kao aka Fufufanny announced her BOOF series got turned into vinyl! Powered by the sexy folks at Merry Go Round. Made their debut at Beijing Toy Show. The OG resin editions had their debut at TTF back in October 2018, now the cutest volcanic lava Boof gets companions too. Collectors have been scratching their heads on when an international release would come so they wouldn’t have to pay aftermarket prices. Today selected retailers have announced pre-orders for them! Check out BOOF !!! The Volcanic Animals>> Blindbox Series.

Use code StrangeTTC for 5% off everything except customs.