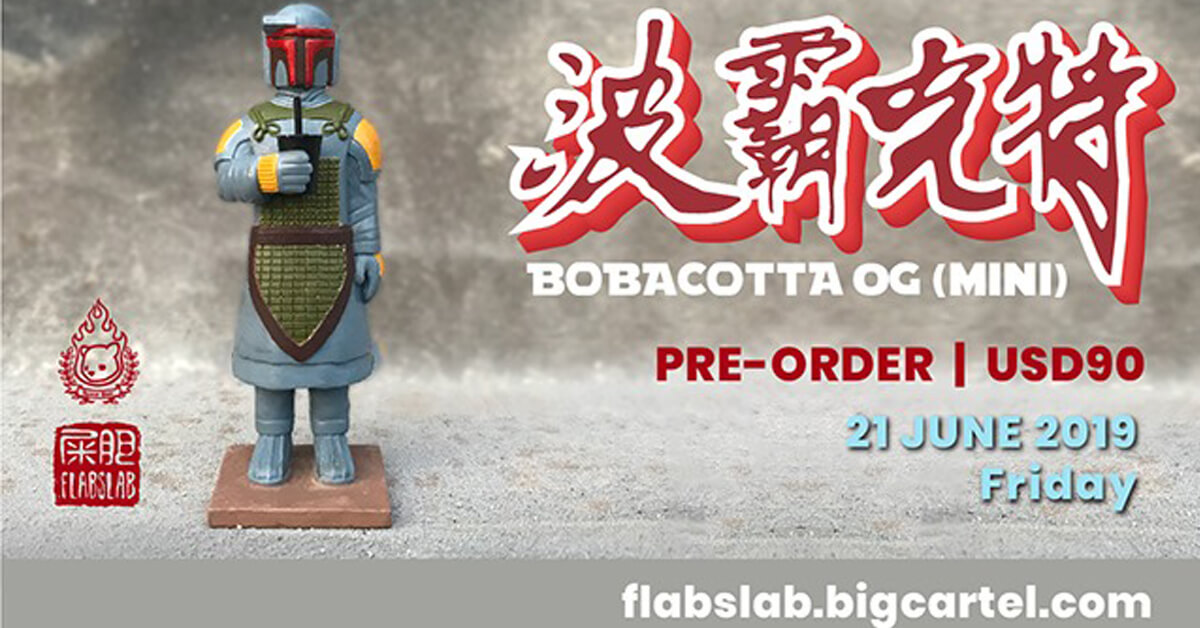 Some argue Bubble tea is a Taiwanese tea-based drink invented in Tainan and Taichung in the 1980s. Has Luke Chueh x FLABSLAB altered history? They’ve unearthed BOBACOTTA in the grounds of Singapore! HA #FAKENEWS but what’s true is this OG edition [Mini] A collab with Luke Chueh inspired by one of his paintings.

Like we’ve said on many occasions if George Lucas had the power to make Terracotta Army this would be it! The myths have been unfolded and FLABSLAB has unearthed BOBACOTTA once more but with a twist. Could it be true that the first Emperor of China Qin Shi Huang was the man behind Star Wars? And George Lucas was a mere charade. Who knows.

Note that this is the mini version that’s cast in resin, stands 3.75 in and painted to look like a terracotta warrior before he’s lost his shine.

Do note that this is a pre-order and we’re working towards the figures being ready in 3 months. We’re doing a PO so that we have a better feel of demand.