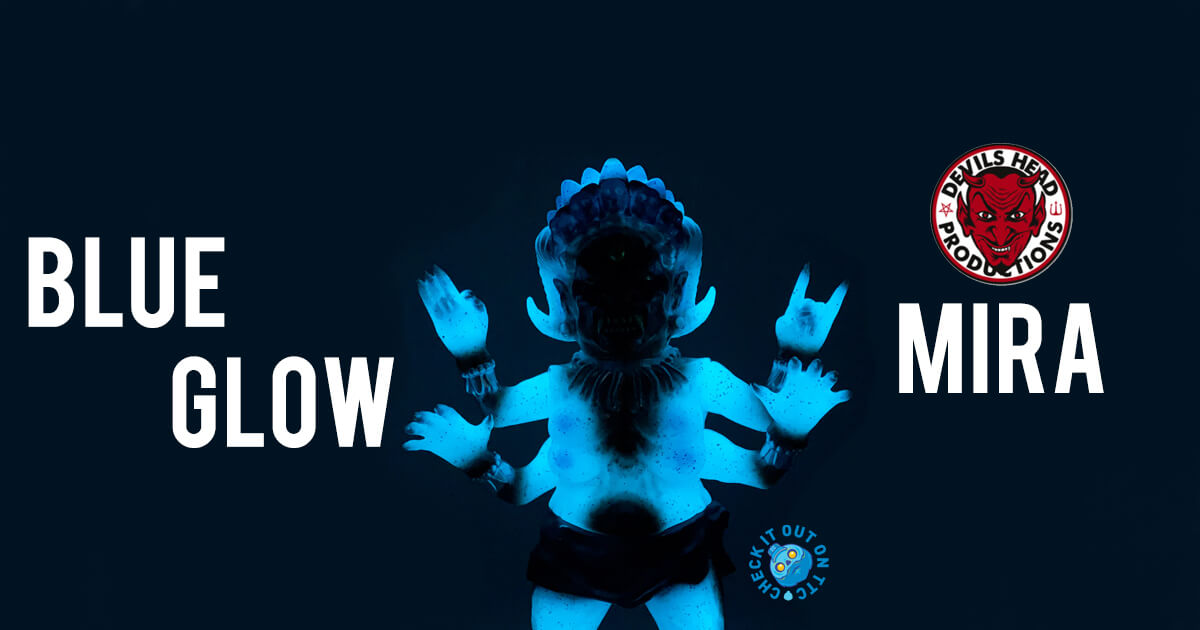 Something devilish is going on at Devils Head Productions! Summer is officially here and it’s time for some hot toys. It’s time to try something different and there will be a preorder option for the first official painted Mara release at Devils Head Productions. These toys are a beast to prep with them being 11 pieces total. Made in JAPAN, and if you stick BLUE GLOW MARA in the sun for a few minutes and it will glow in the dark for hours! Electric blue vinyl has been infused with glitter and it has been adorned in orange, navy, grey/blue, silver, metallic blue, metallic green and white paints. A killer colour combo for its debut showing. Grab one today and scare the shit out of all your other toys!

Devils Head Productions thought a preorder would be a fun way to take orders as Devils Head Productions trim some vinyl flash and get them ready for a bath before paint. The preorder will be up for ONE WEEK ONLY (July 3rd – July 10th unless they sell out) Devils Head Productions expects them to ship by early August. For those of you who love unpainted vinyl…there may be a small amount of the “naked version” available in the shop as well at http://devilsheadquarters.storenvy.com/ Not intended for children under 14 years old. $100 each.