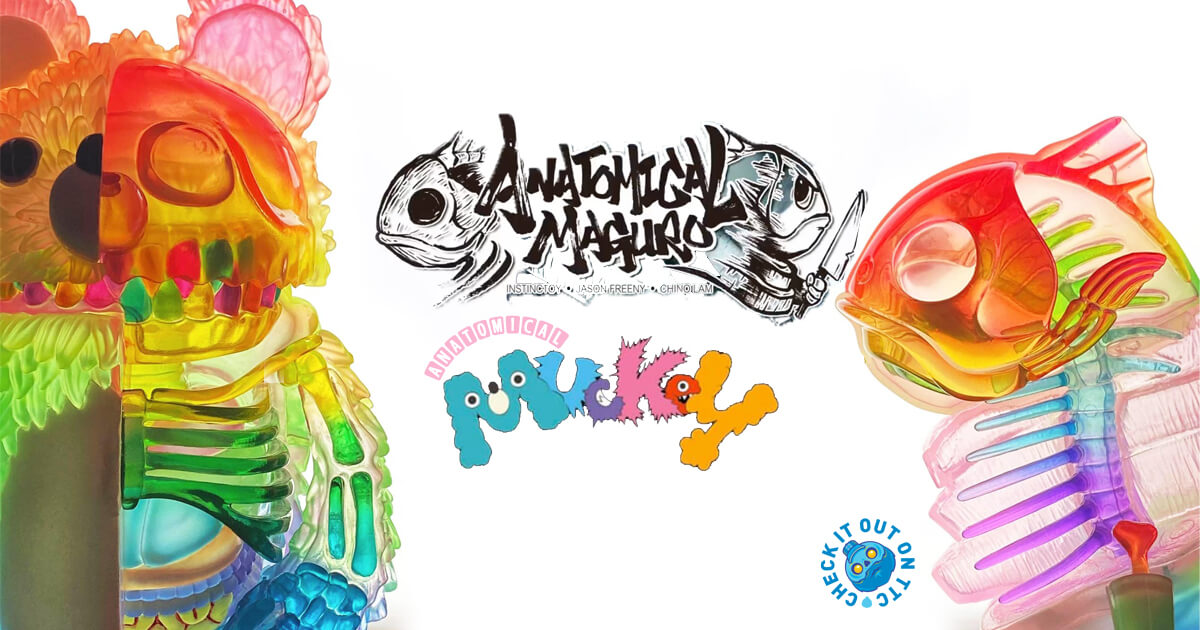 Its been over two years in the making, and it’s one step closer! ANATOMY MAGURO SENPAI By Jason Freeny x Chino Lam Mame Moyashi x Instinctoy is coming and it GLOWS!

Triple heat coming soon! hows about Jason Freeny x Chino Lam of Mame Moyashi x Instinctoy for one hell of a release? Jason Freeny signature dissected/anatomy and Chino’s Sashimi style Senpai mixed with the craftsmanship of Instictoy rolled into one. That’s what we can expect with ANATOMY MAGURO SENPAI. Featuring two Designer Toy Awards winners we get to see Freeny dissected anatomy of Chino’s SENPAI, no need to call the fishmonger as Instinctoys has it on lockdown.

Today Instinctoy showed the world the prototype of ANATOMY MAGURO SENPAI which you can check below.

The new color samples have been completed. We pursued the beauty of the ultimate “Rainbow Clear”.

The third addition to the INSTINCTOY X-RAY series.

We have just completed the test sample and the release date is not decided yet. Again, I tried to convey the charm of this work in a short video. – INSTINCTOY

Jason Freeny redesigned and customized the Maguro Senpai, which is an original work by Mamemoyashi, designed by Chino Lam. The redesigned version will be produced by INSTINCTOY.
It is a triple collaboration project. Please stay tuned!! – 大久保博人

No ETA at this moment but we can’t wait to see the final version.