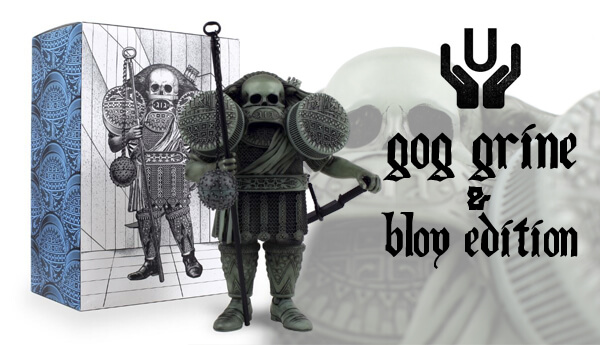 Make way for the mighty GOG! After our debut HERE, if you didn’t get the chance to get the GOG GRINE & BLOY EDITION at http://animalrummy.com/ now Unbox Industries is giving you a second chance!

Based on a character Rob Jones created for one of his past gig posters. “Gog has his roots as one of the legendary protectors of the city of London”. 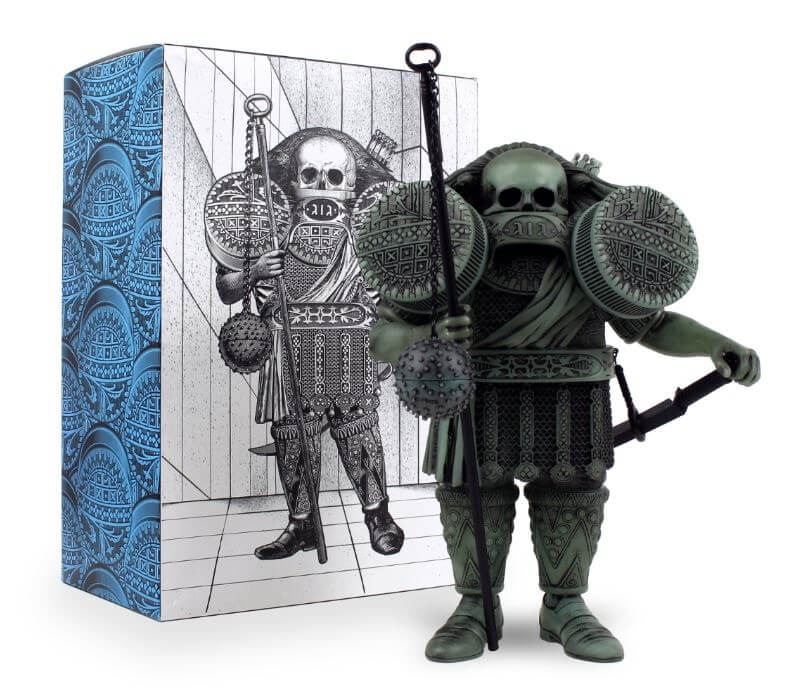 “A statue of him and Magog, his snappily dressed counterpart, reside in Guildhall while wicker versions of both precede the Lord Mayor each year during his trek to proclaim fealty to the Queen. Now he protects Rob’s desk from his cats.” 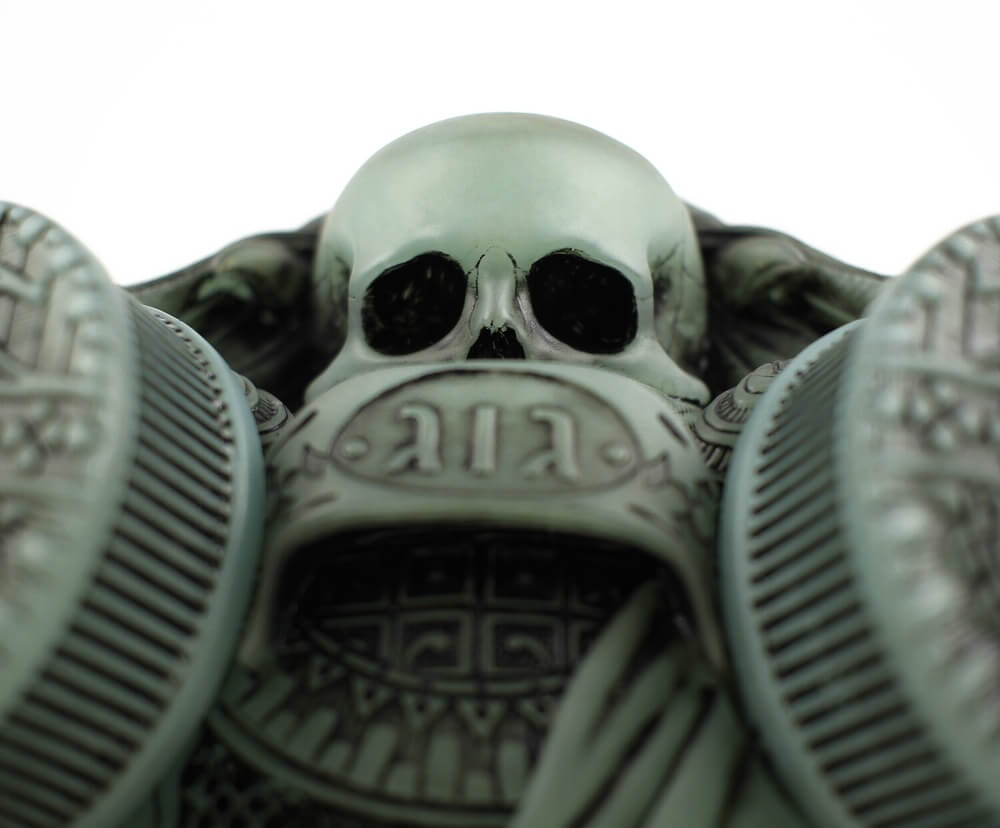 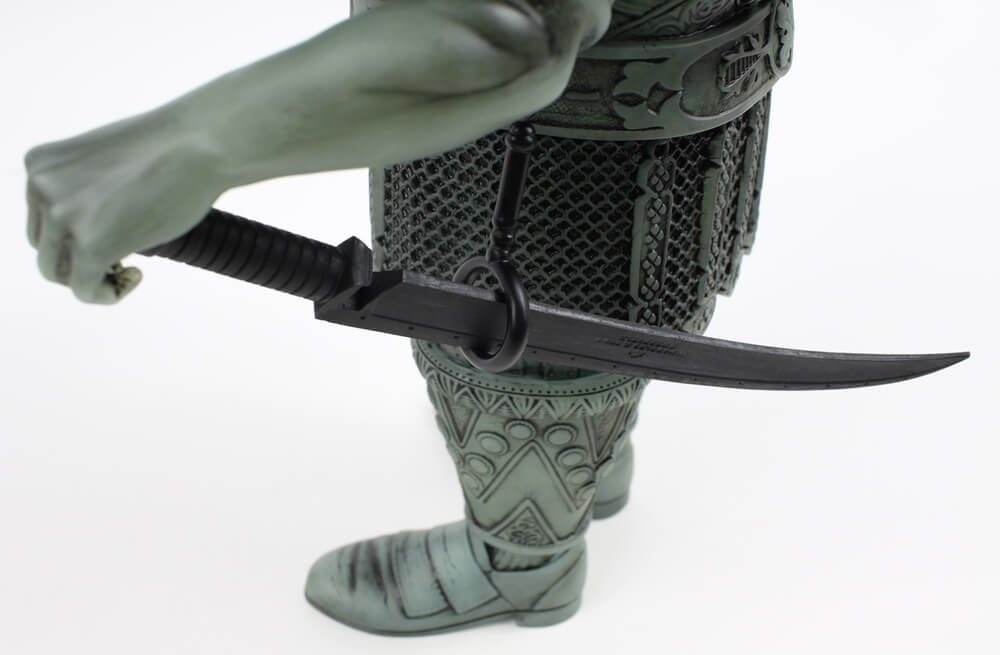 The staff, chain, and ring that holds the sword are cast in black anodized metal. 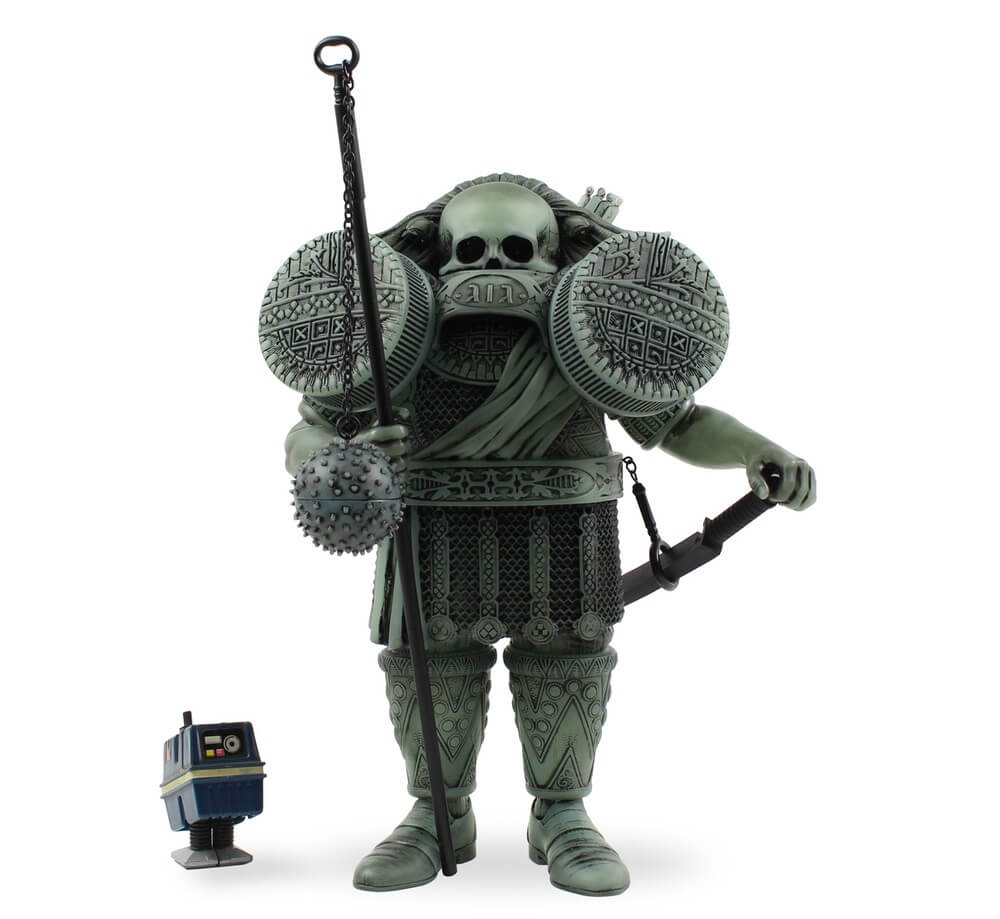 Impressive release, this colossus will set you back $150.00!