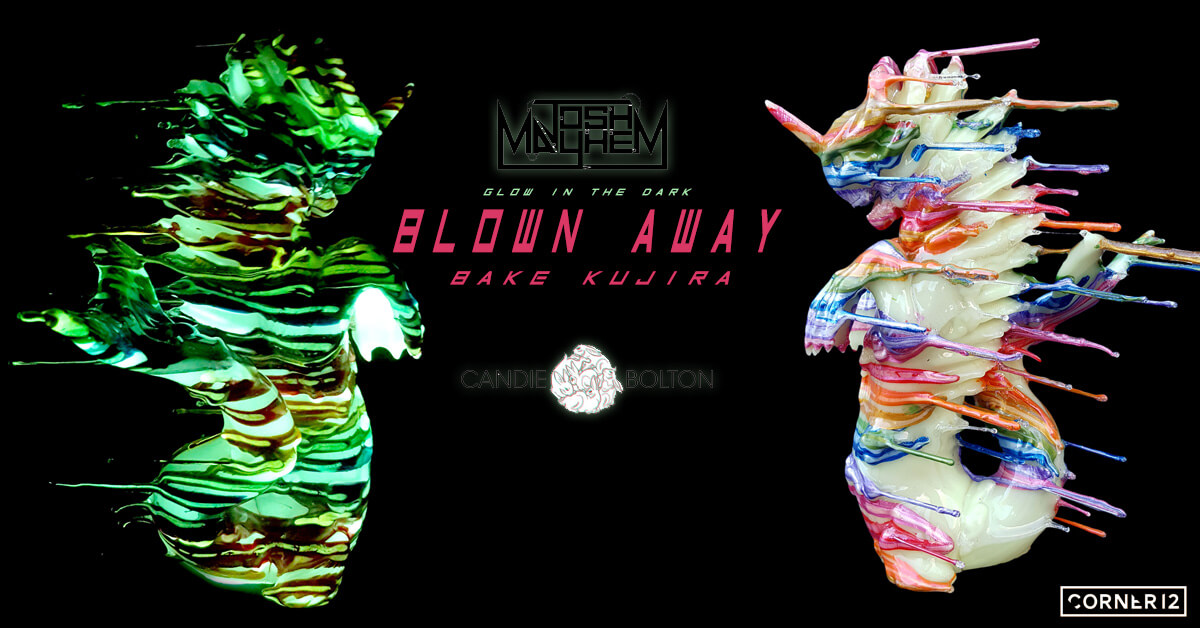 WWE Royal Rumble might be over but Josh Mayhem and Candie Bolton have teamed up again their latest collaboration – Blown Away Bake-Kujira GLOW IN THE DARK series, powered by our guys at Corner 12! We doubt you guys need an introduction to Josh’s work and Candie’s DTA award-winning Bake Kujira!

This super limited edition of 5 custom Bake-Kujira’s was inspired by the artists’ first collaboration project entitled “Candied Mayhem”, featured as part of Josh’s solo show at Clutter Gallery last year. While the metallic rainbow streaks of this new series create a sense of magic and wonder, the real magic is revealed when the lights go out! Glow In The Dark streaks also adorn the original industrial strength Glow In The Dark vinyl figures; it truly is a spectacular glow! 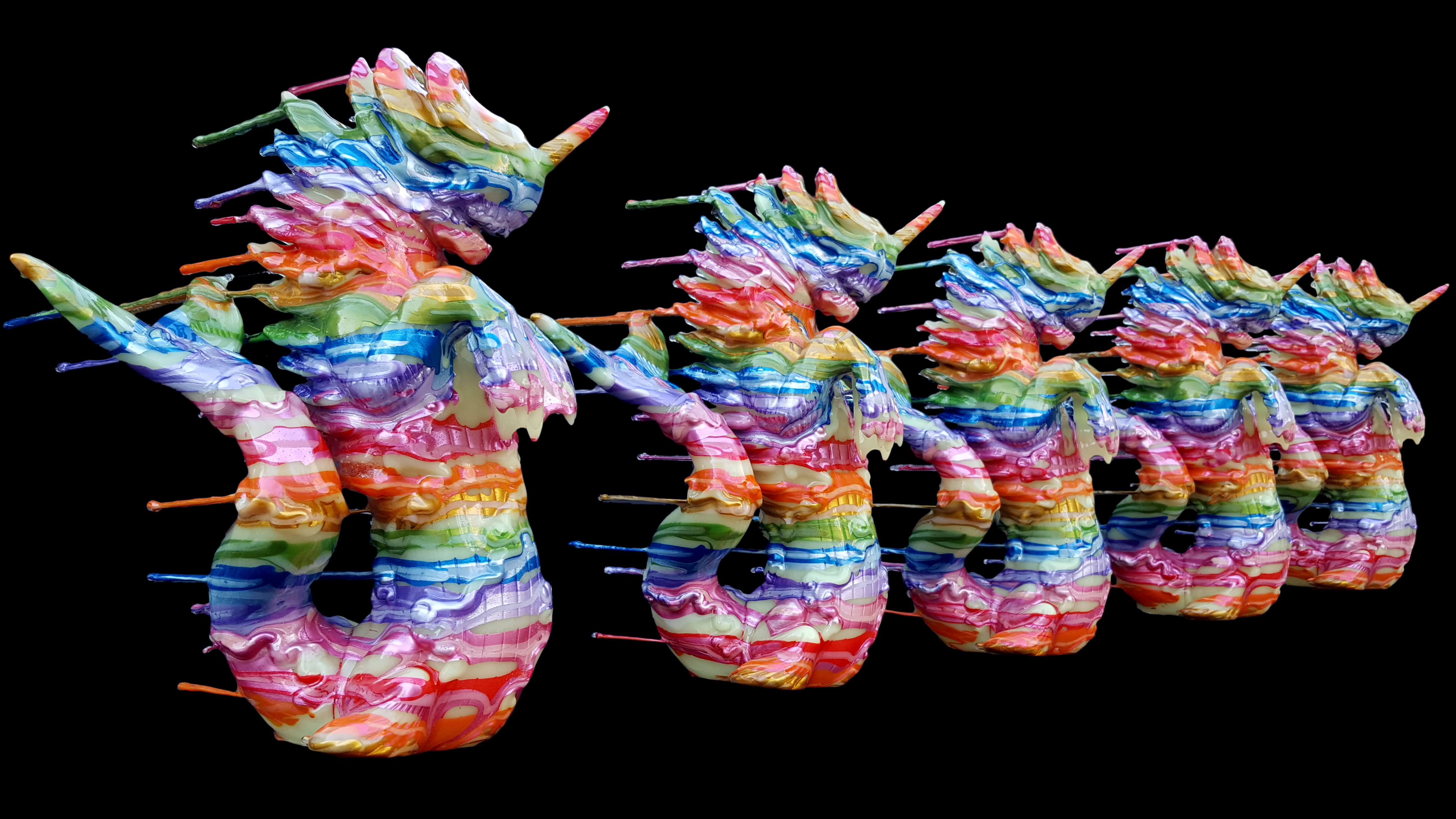 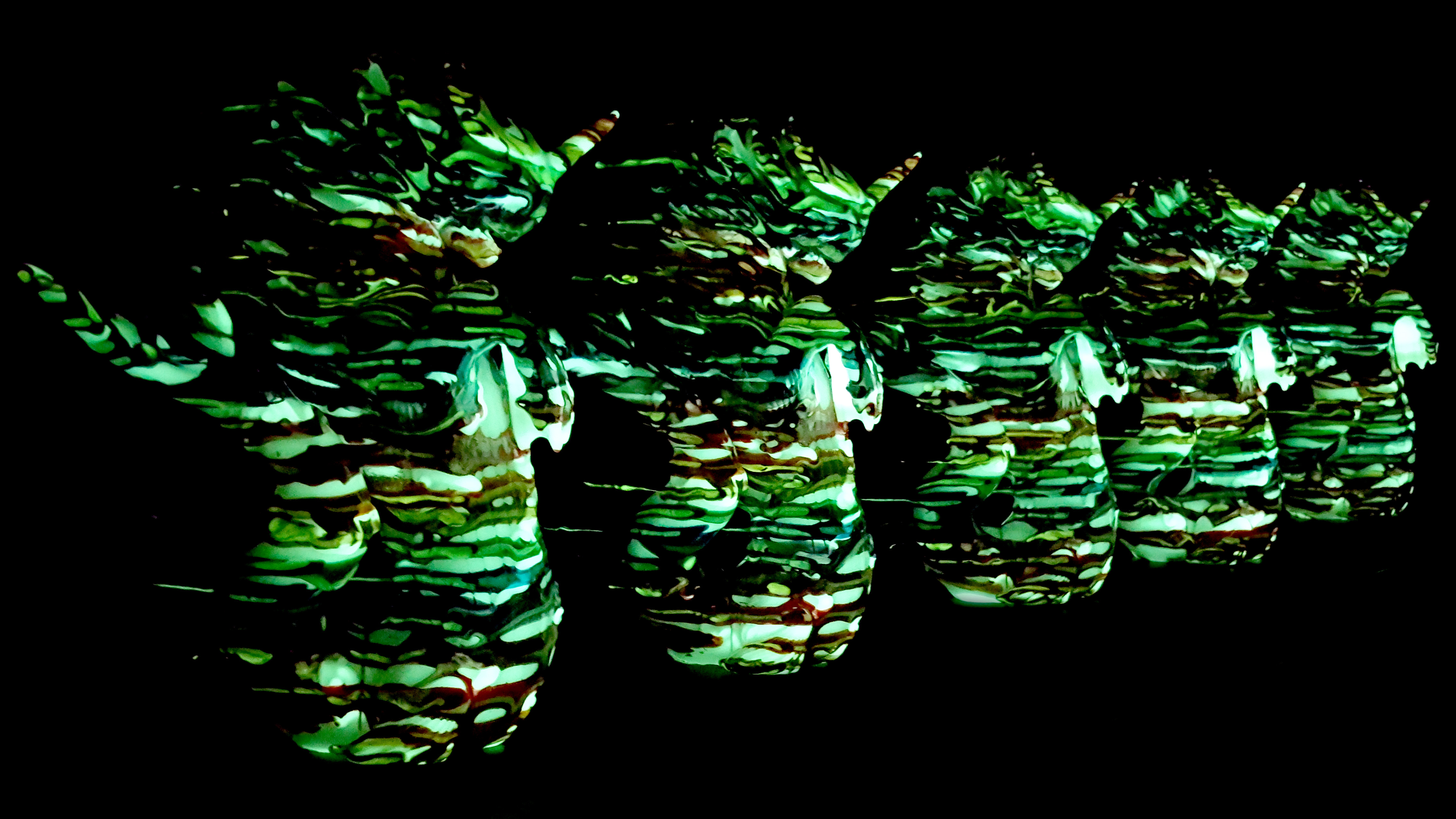