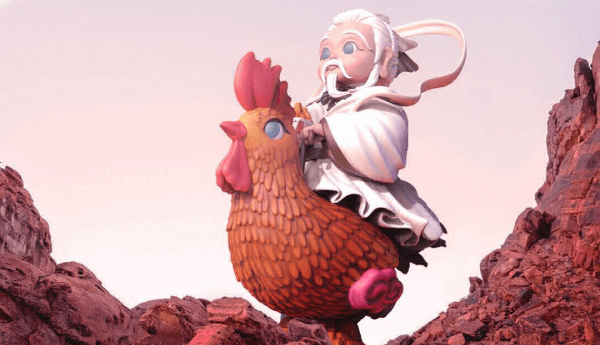 The ol’ Kentucky Fried Colonel ain’t got shizzle on the Chicken Fairy! Another epic art piece taken from the series “Eat Good West” by Tik Ka From East. So mother cluckin’ good! 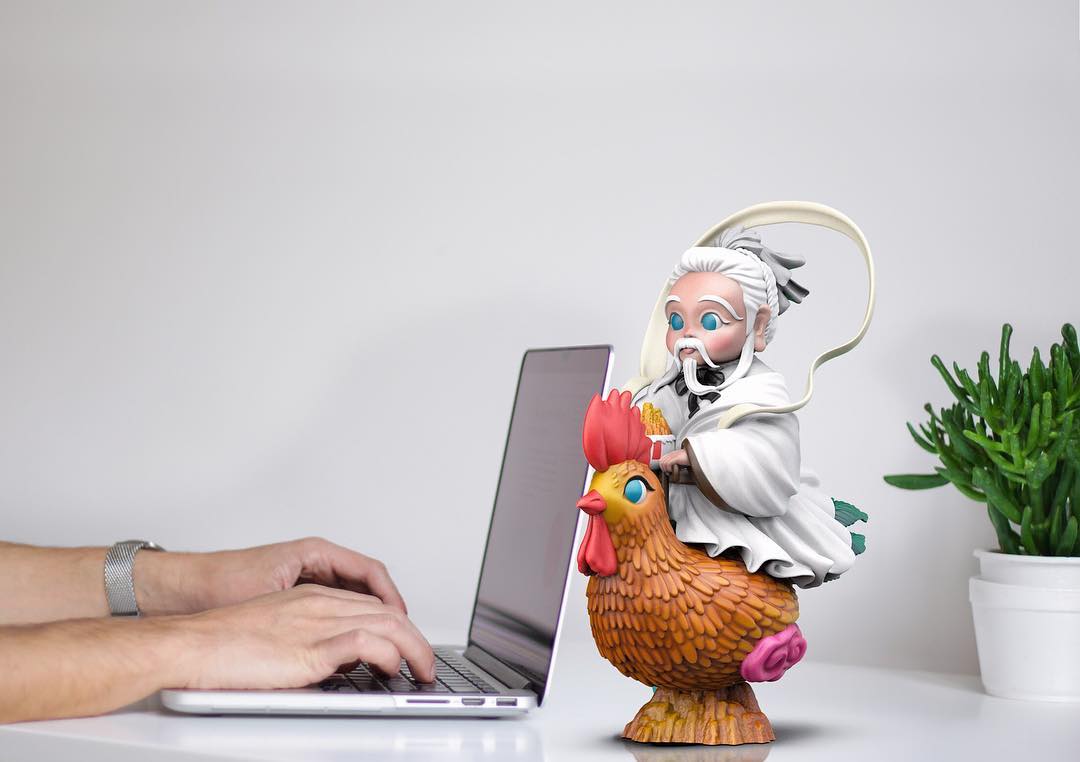 The Chicken Fairy is now available, priced at $300 (£235) + shipping. Standing at a whopping 12inches tall, Chicken Fairy ain’t no messing around. Limited to only 200 pieces worldwide. If you’re interested in purchasing the Chicken Fairy you can do so HERE on the Mighty Jaxx store. This is a pre-order item and expects to ship Oct-Dec 2018. 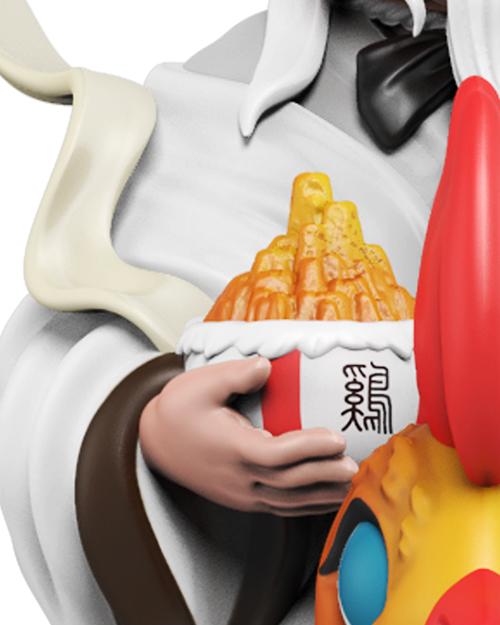 On the misty peaks of Kunlun Mountain, resides an elusive Chicken Fairy. Unlike the other deities living in the mountain, Chicken Fairy’s specialization is not magic, but culinary arts! Legend has it that his secret fried chicken recipe consists of 7 x 7 = 49 different rare herbs and spices, deep fried to golden perfection after marinating for 81 days. It is said that anyone who tastes his Kunlun Fried Chicken will gain immortality instantly! 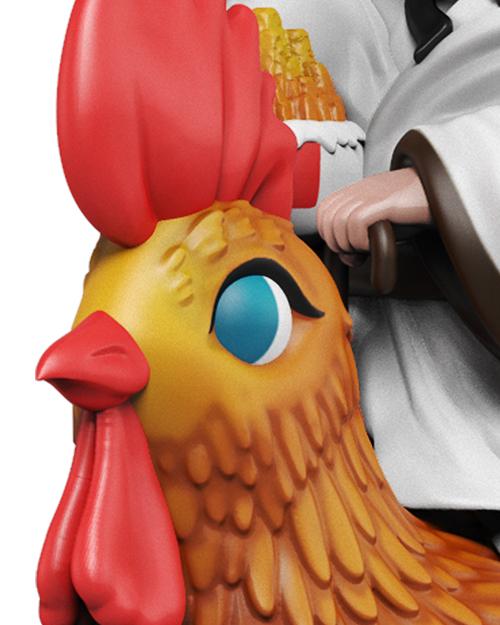 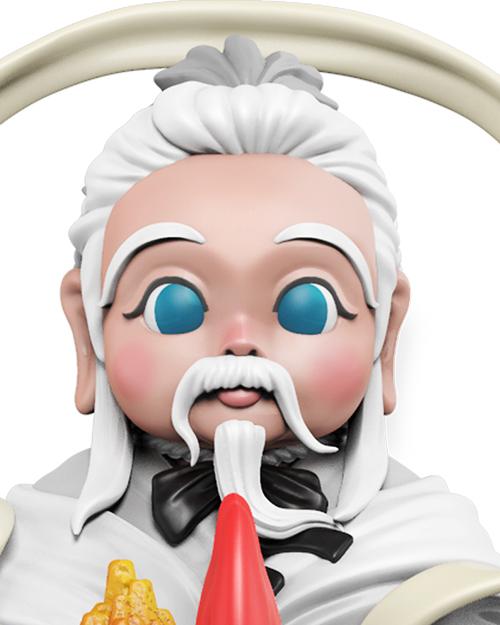