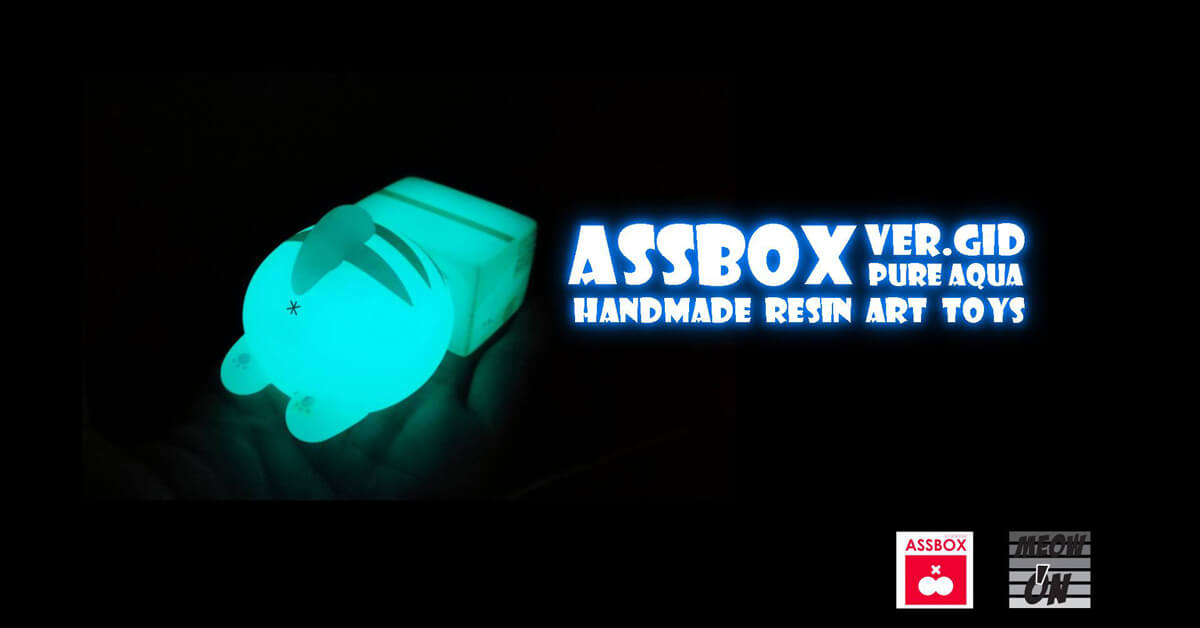 Back in March 2018, a funny ass resin figure caught our eye at ATT 2018 in Thailand. That figure was the one and only “AssBox”. We thought it was only us who’s mind are twisted, but it looks like AssBox has the same wavelength, HA. We reached out to the creator and he gave us some insight behind the making of AssBox resin figure.

Ass box is art toy that comes from the main concept “Everything can be in the box”. The first version is Cat normal version. The story behind this is that there are Alien who came to visit Thailand and shot damaged by Thai submarine.
One equipment that drops down to a platform which is Alien’box which they use to study living creature brain. A cat walks by and just put his head in and that where the story begins….. – AssBox

A few hours ago, Meow On announced a GID ULTRA GLOW version! Don’t be alarmed, Meow On has stated no cats were infected with radiation and no real cats were harmed during the making of AssBox, HA.