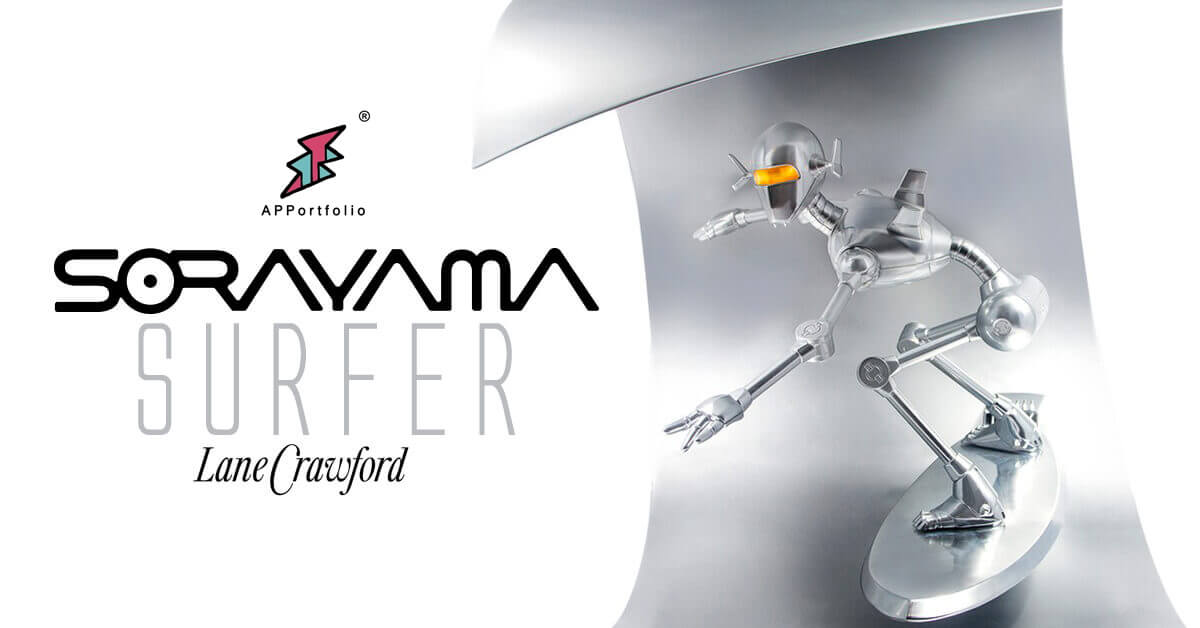 Back in March, Sorayama Hajime SORAYAMA “SURFER” sculpture was revealed HERE. Another chance will be made available to own one when the SURFER Sculpture and Sorayama Explosion Exhibition by Sorayama Hajime x Lane Crawford will be presented at the NANZUKA Gallery.

Hajime Sorayama’s solo show will be shown in

It is a wonderful chance to see Mr. Sorayama’s whole new artworks this time in the gallery!

you will not want to miss it again this time!

very few art sculptures will be the sale in the gallery as well as pre-ordered online at the same time at https://apportfolio.shoplineapp.com/. If you miss this time,  you will NOT be able to have another chance again!

The artist displayed for the third time in the gallery. This exhibition will showcase Sorayama’s new human sculpture and new artworks Including the “Metropolis” tribute made by Fritz Lang in 1972.

This art piece is one of the goddesses of the Sorayama sexy robot series.

The artist’s opening ceremony will be held on Saturday, July 7th. 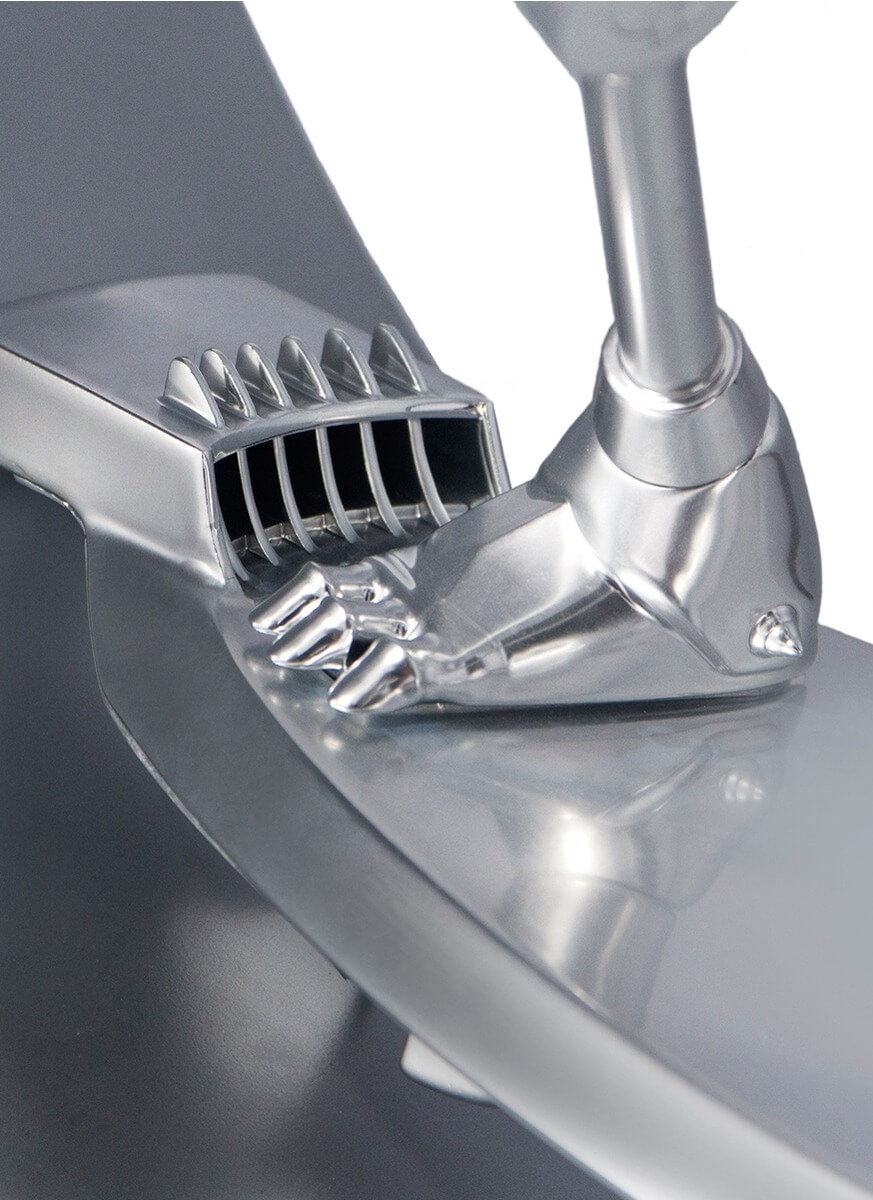 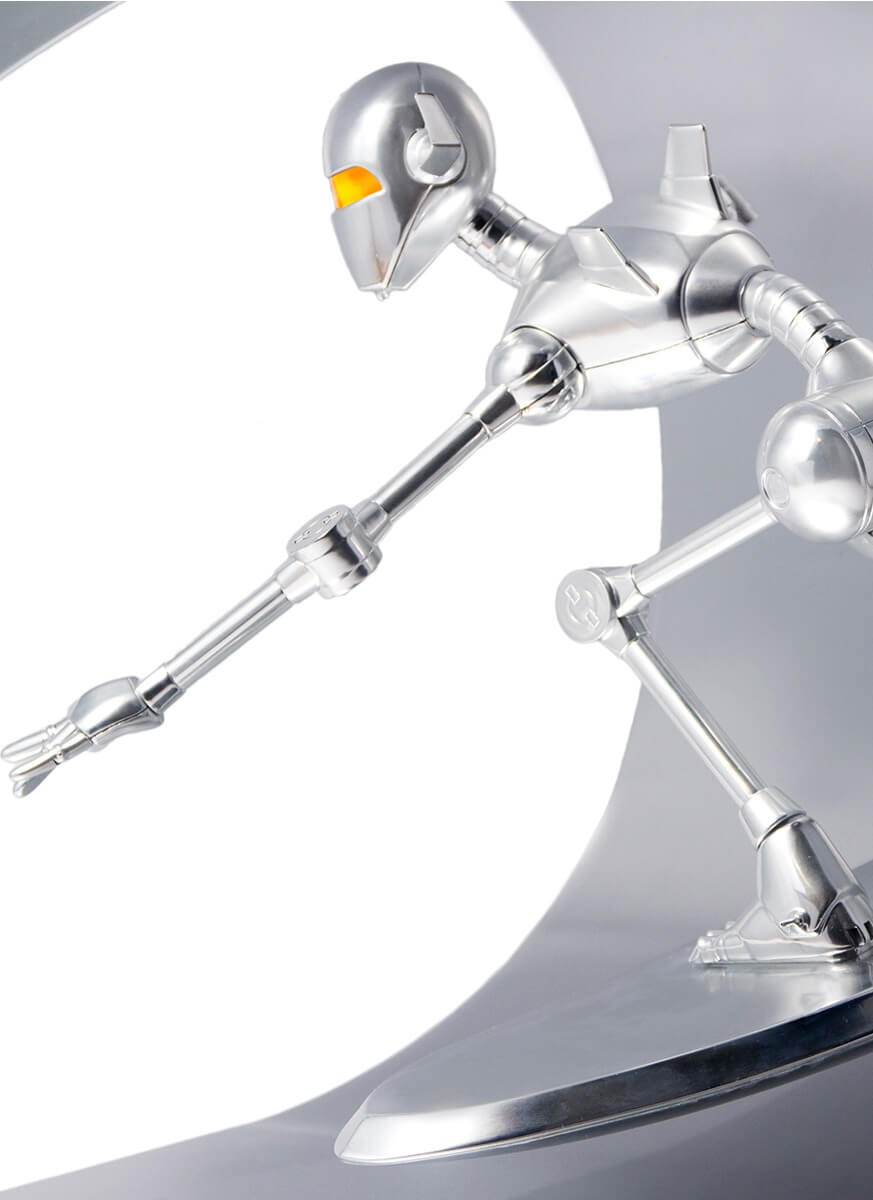 Like many ‘bots’ that preceded her, Sorayama considers all of them as kindred spirits. “I paint all my works as my children,” says the artist. While current style is fascinated by ‘girl next door’ figures, Sorayama is a champion of fantasy goddesses. The image maker, who first began drawing pin-ups as a schoolboy also created the templates for Sony’s first Robotic pet, Aibo, the first mass-produced AI robot. He has printed a slew of books including Sexy Robot (1983) that have won him a fanatic following around the world. Icons considered, we think Rolls Royce’s Spirit of Ecstasy would make a very good match with our Surfer Girl. – Sorayama Hajime x LANE CRAWFORD 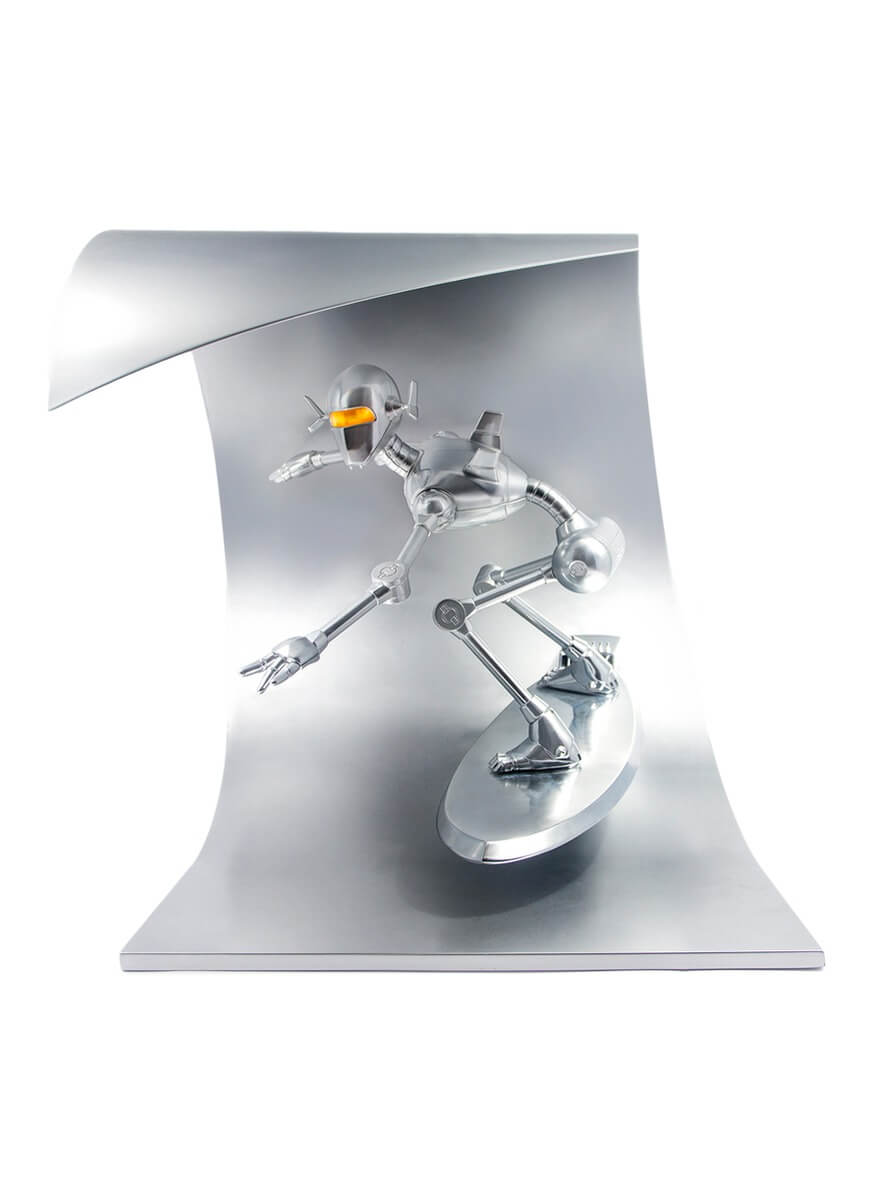 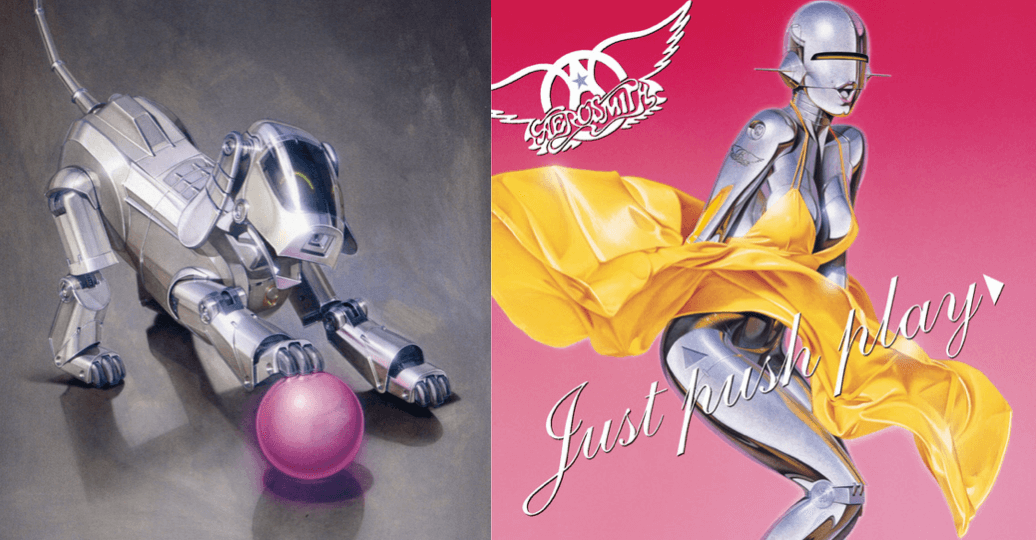 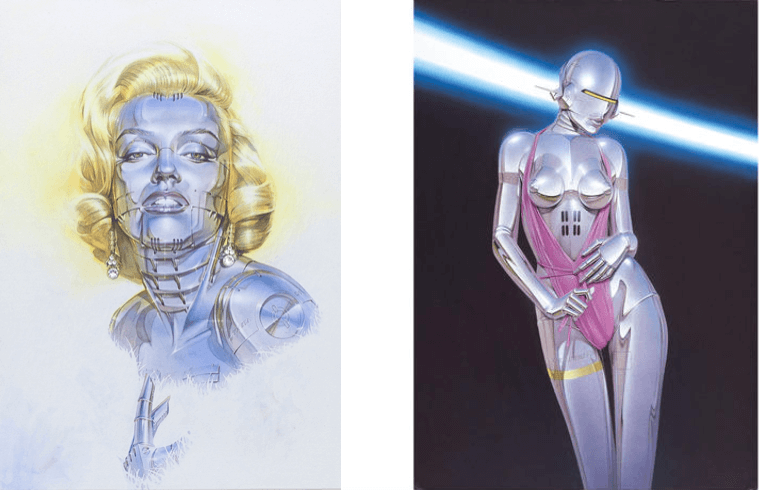 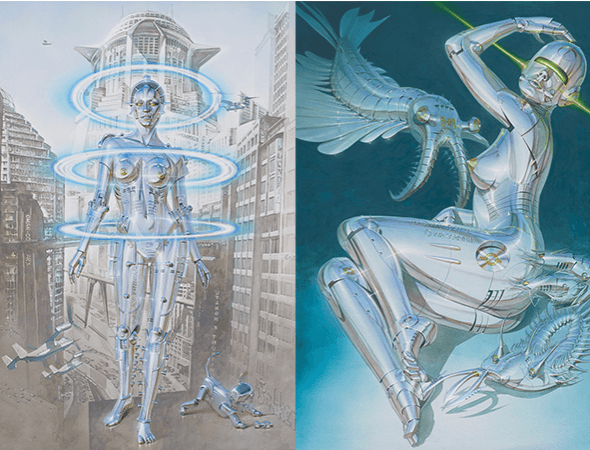 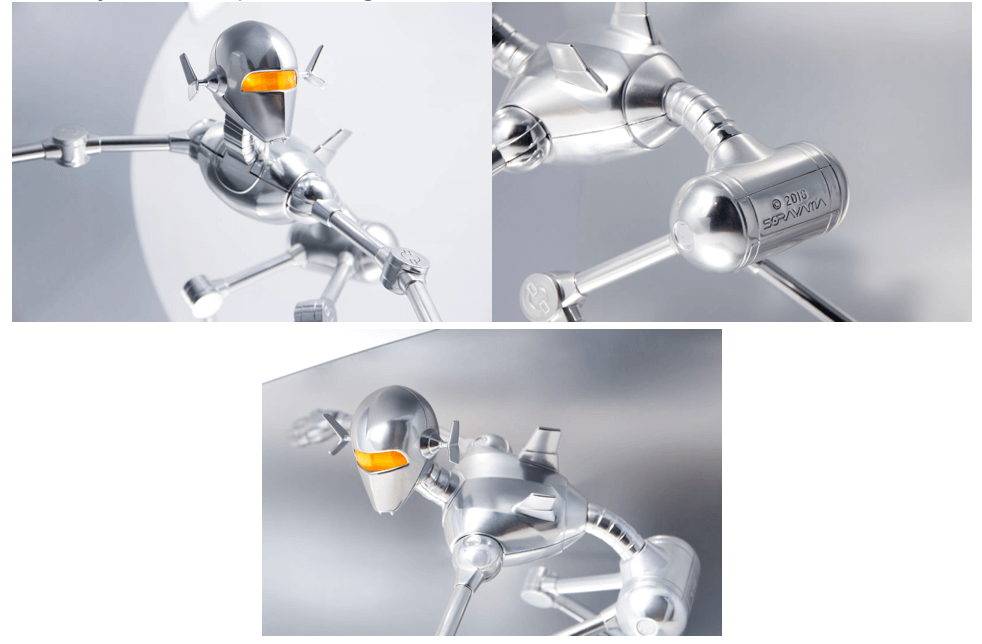