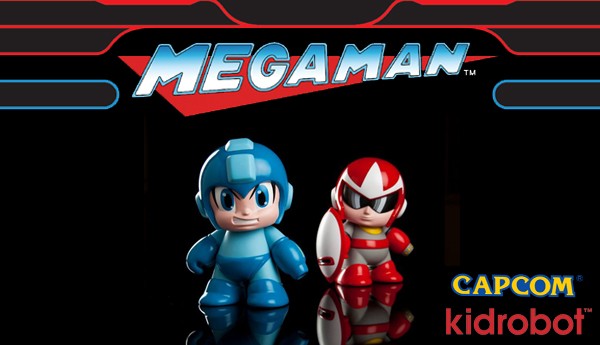 The wait is finally over! the Mega Man fans can finally get their hands on the Mega Man and Proto Man 7” Medium vinyl Figures. When Kidrobot announced that they were doing another line with game masters Capcom the gaming and nostalgic collectors went in a frenzie for them. At long last they are now in stock at Kidrobot. These two vinyl figures will also be joined with the full capsule series which will include a Mega Man Keychain Series and a 3” Blind Box Mini Series coming later this summer!

“Kidrobot and Capcom team up to bring the video game phenomenon Mega Man™ to vinyl by ‘botifying the highly evolved Robot Masters and the brilliant scientists that created them.” Following the popular SDCC releases, Kidrobot were excited to announce that Mega Man and Proto Man 7” Medium Figures will be available in stores and online at Kidrobot.com Monday, July 20th.

You need the SDCC pre-releases and exclusives? Kidrobot San Francisco and Kidrobot Las Vegas still have some items available in limited quantities! drop them a line. The capsule pieces will retail from $5.99-$49.99 and will be available in stores and online this September.

This is MEGA news as we don’t have to pay FLIPPER prices! these should be a your local designer toy retailer too.

(all info and photos lifted from Kidrobot.com) 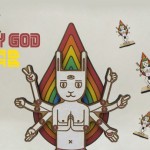 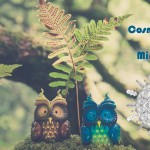