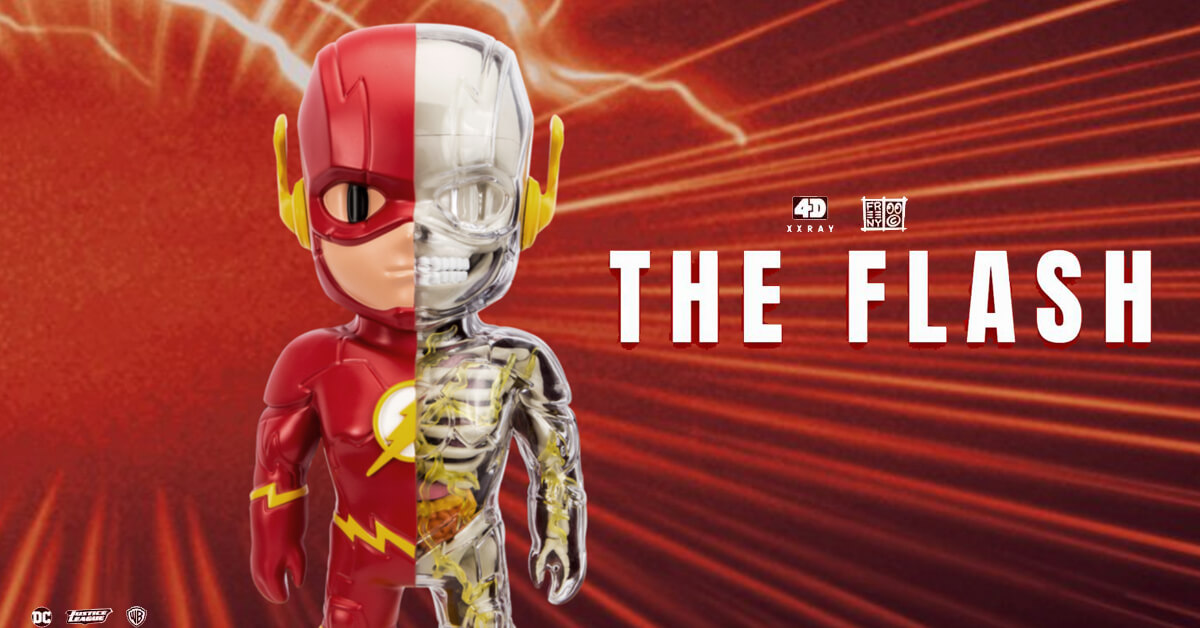 Bring justice to your weekend with the next 4D XXRAY! HERE comes The Flash release (pre-order) from Jason Freeny x Mighty Jaxx x 4D Master. First seen the prototype at this years STGCC which you can check out the video below. Now its been call-up for pre-orders TODAY. Like the 4D Batman, ( ours finally arrived) and Joker should have 37 removable parts, but the Flash looks like it will include internal lightning! SO COOL. check the video below of how to build 4D XXRAY Joker for a little taste of what you’ll be getting.

That’s right! The Flash is widely known as the World’s Fastest Man. This well-known superhero can often be found running up buildings, moving swiftly through objects, and even creating sonic bombs at the snap of his fingers.

Using his superhuman speed, he taps into the extra-dimensional energy Speed Force and defeats villains in a blink of an eye! Standing at 9″ tall in his red tights and signature lightning bolt, let’s catch up with this super speedster as he goes through our 4D XXRAY treatment! 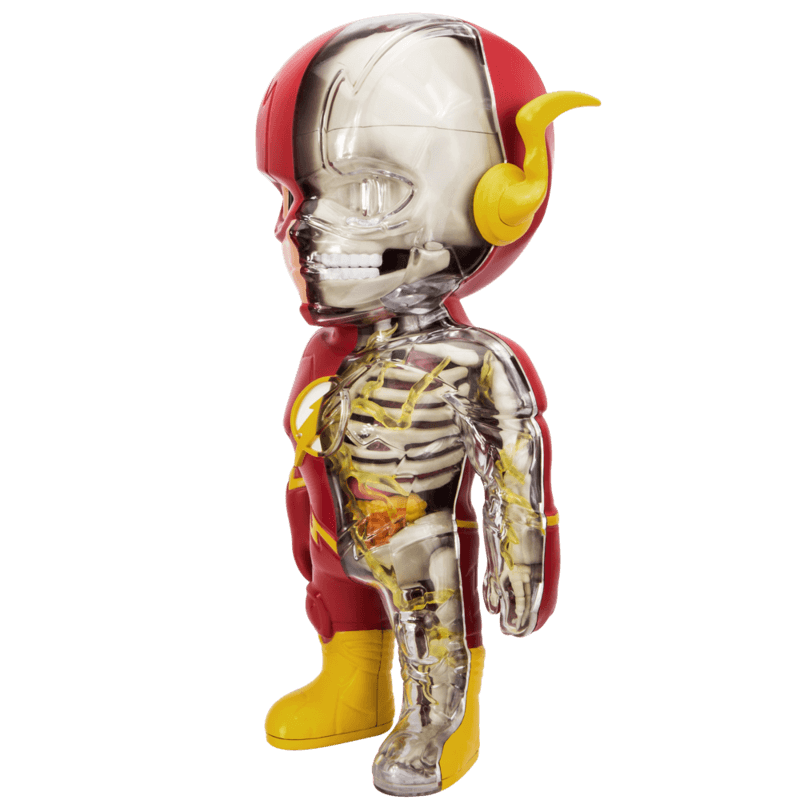 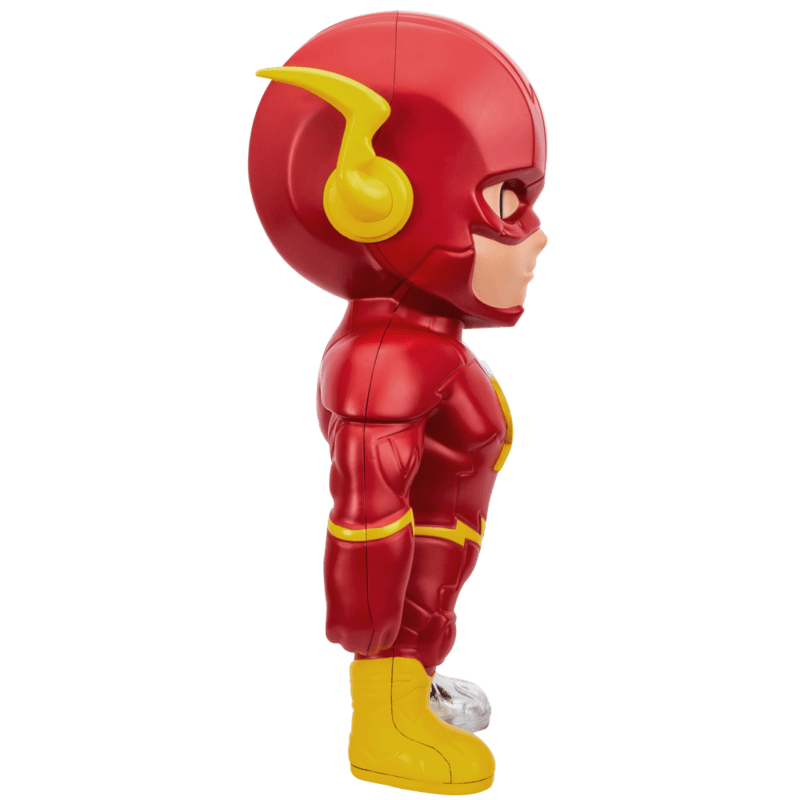 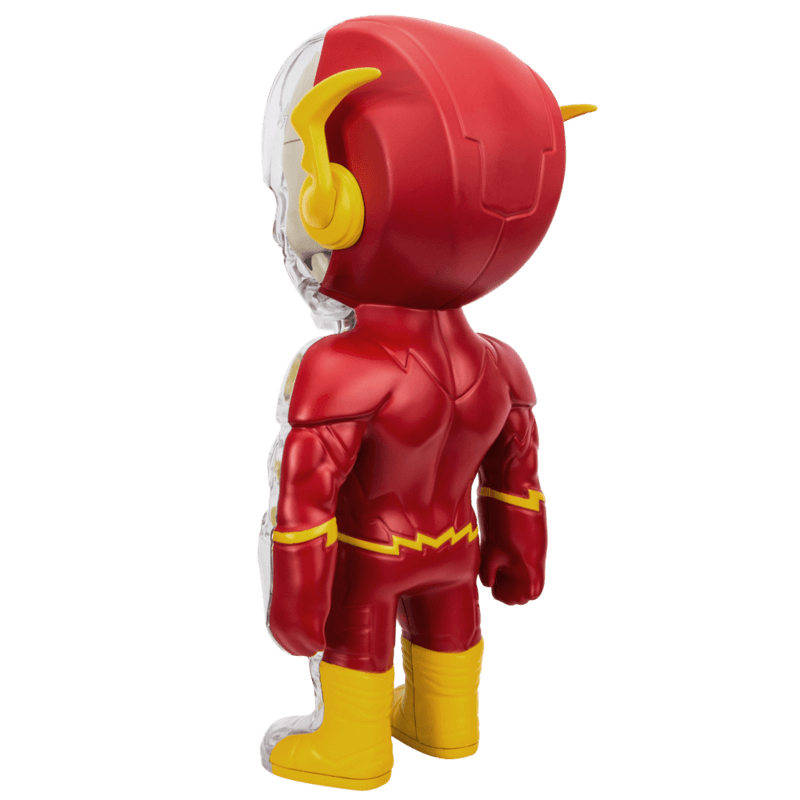 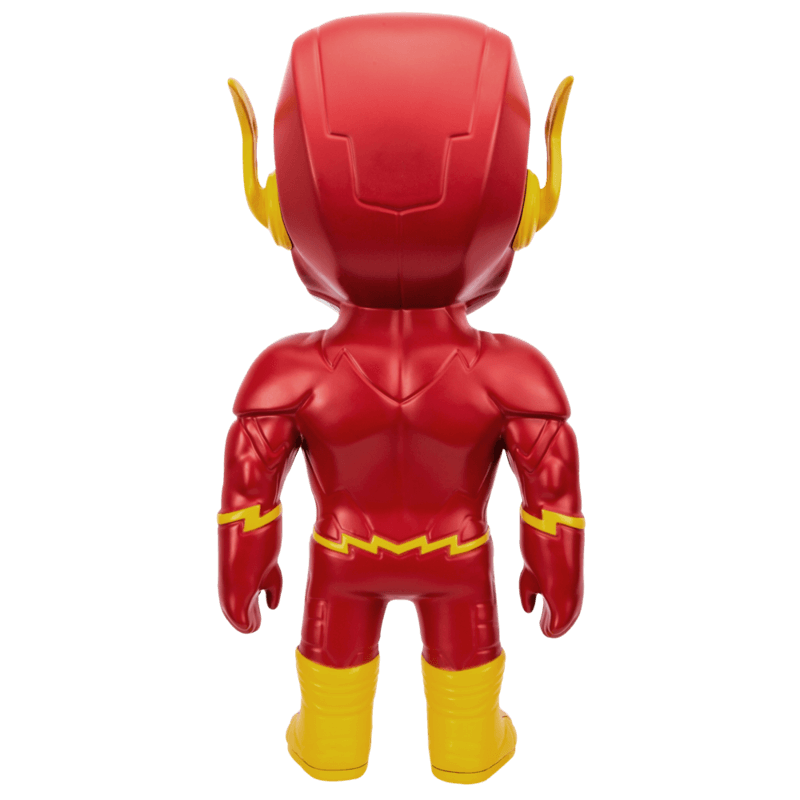 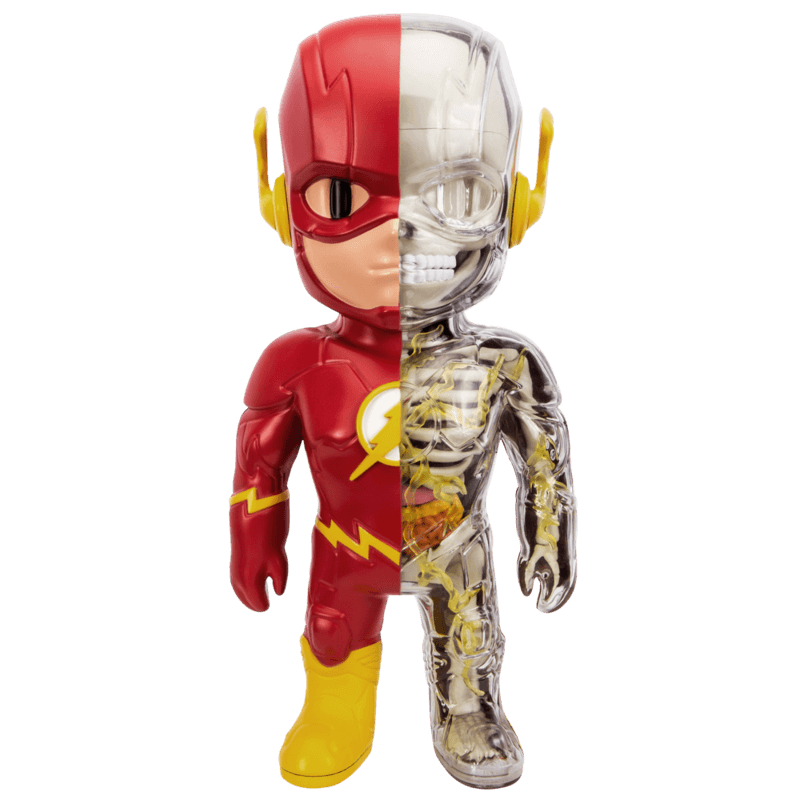 Mighty Jaxx is proud to present their latest designer figure series, XXRAY! Collaborating with world famous artist Jason Freeny, XXRAY offers collectors an exclusive look into the inner beauty of their favourite characters. Don’t miss this chance to add these unique pieces to your collection.

Standing at 9.5″ tall and is produced in premium materials fully dissectible individual parts.

“Artist Jason Freeny, on the process of creating the 4D XXRAY Batman recollects, “This project is the result of a 10-year quest from mere concept to actual fruition. It’s the combined efforts of Mighty Jaxx – one of the top designer toy producers, Fame Master – the global expert in anatomical models, and myself – a dude with some clay and the curiosity to see what’s inside my favourite childhood toys.”

The 4D XXRAY was also inspired by the Funny Anatomy series proudly designed by Freeny and manufactured by Fame Master which catapulted the partnership into the spotlight of the designer toy community. The ever-popular series includes a collection of pop culture-referenced sculptures in clear plastic models that reveal the insides of these fictional characters. This was only made possible with the help of Fame Master who is best-known for their innovative, high-quality educational puzzles and figurines under its 4D Master® line.

Eastman Ting, Director of Research & Development at Fame Master, shares, “We are very pleased to work with Jason and Mighty Jaxx on the 4D XXRAY series. For a long time now, many people have been asking us what the 4D element is all about. While we are all familiar with 3D figurines, our toys have an additional dimension to them in terms of their Detailed structure and that perfect paint job for a realistic effect. We really hope that the 4D XXRAY Batman will be a precious collectible for all the fans out there.” 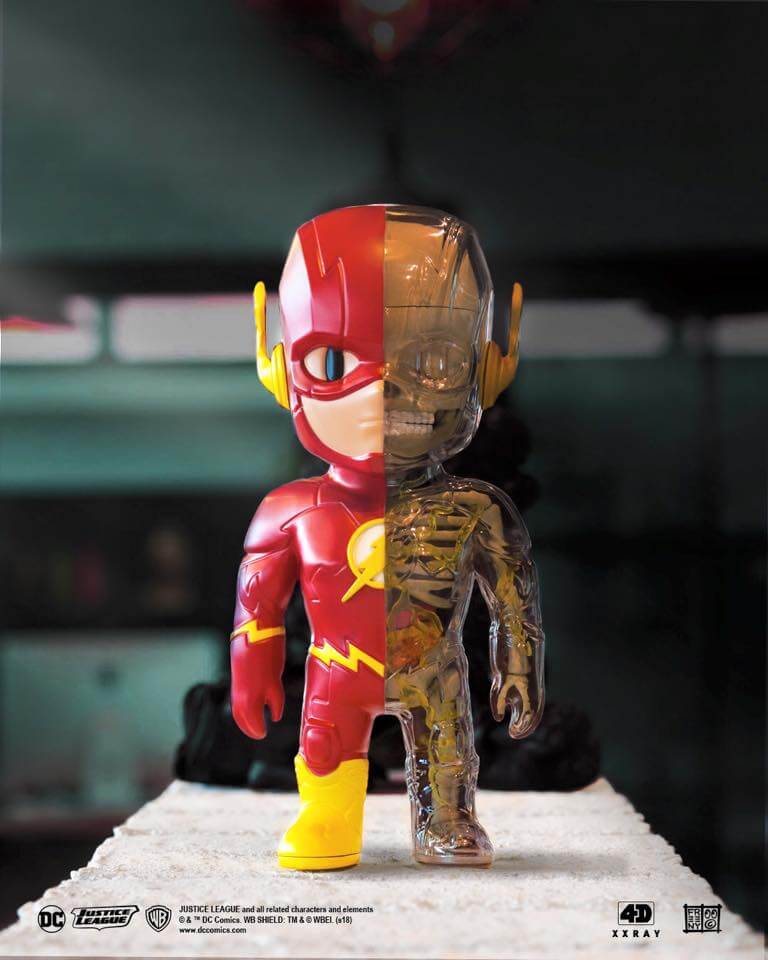 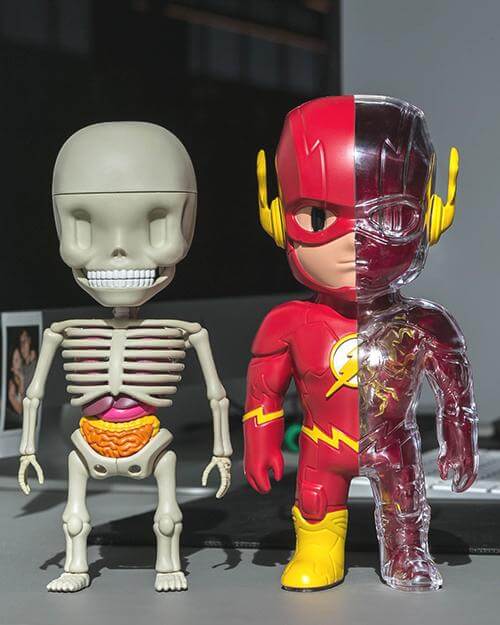 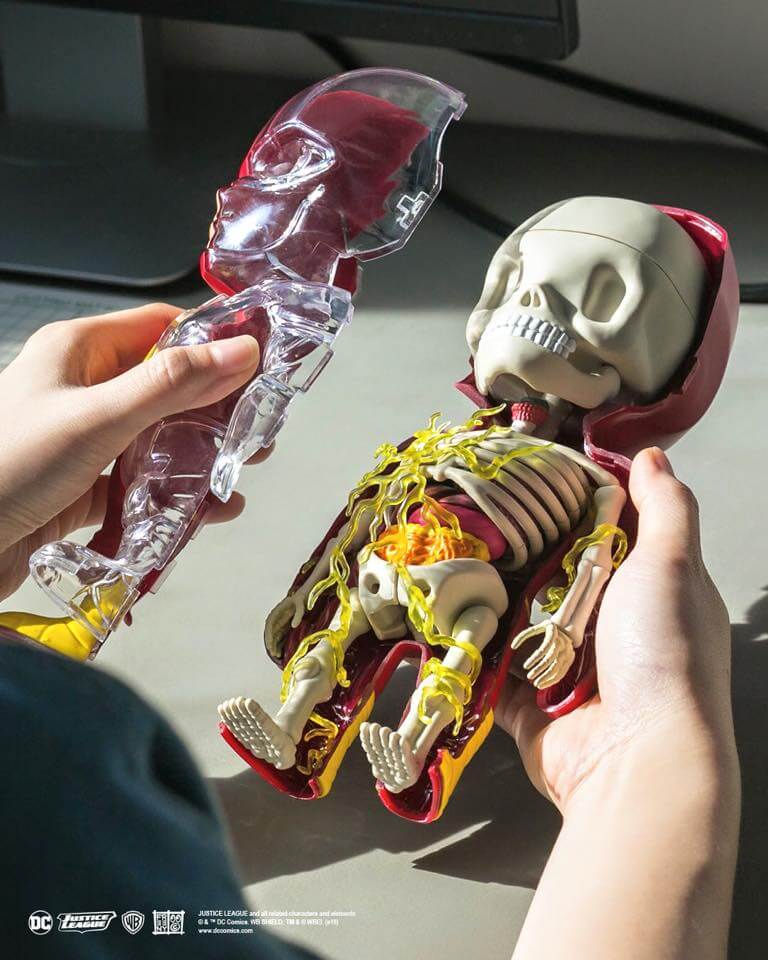 Fingers crossed The Flash won’t keep us waiting nearly a year for shipping! Our Batman needs him.