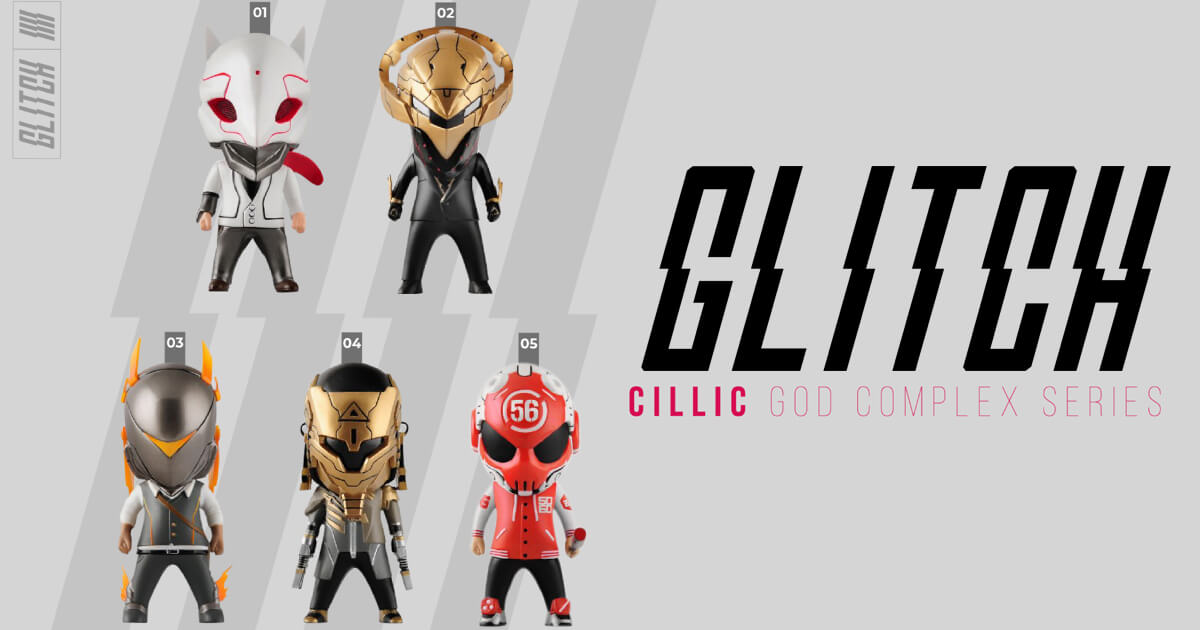 There’s no better time than NOW to cop CILLIC: WAVE 1 from Bryan Lie’s GLITCH! the SD editions of GLITCH’s Inari – Apollo – Hermes – Horus and last but certainly not least Machine 56 Test Subject 56 have been sunken down from their 1/6 scale counterparts. GLITCH is now offering a discount for these classic CILLIC WAVE 1! Just in time for WAVE 2 to make its debut.

10 cm, made of PVC and comes with a magnetized base.