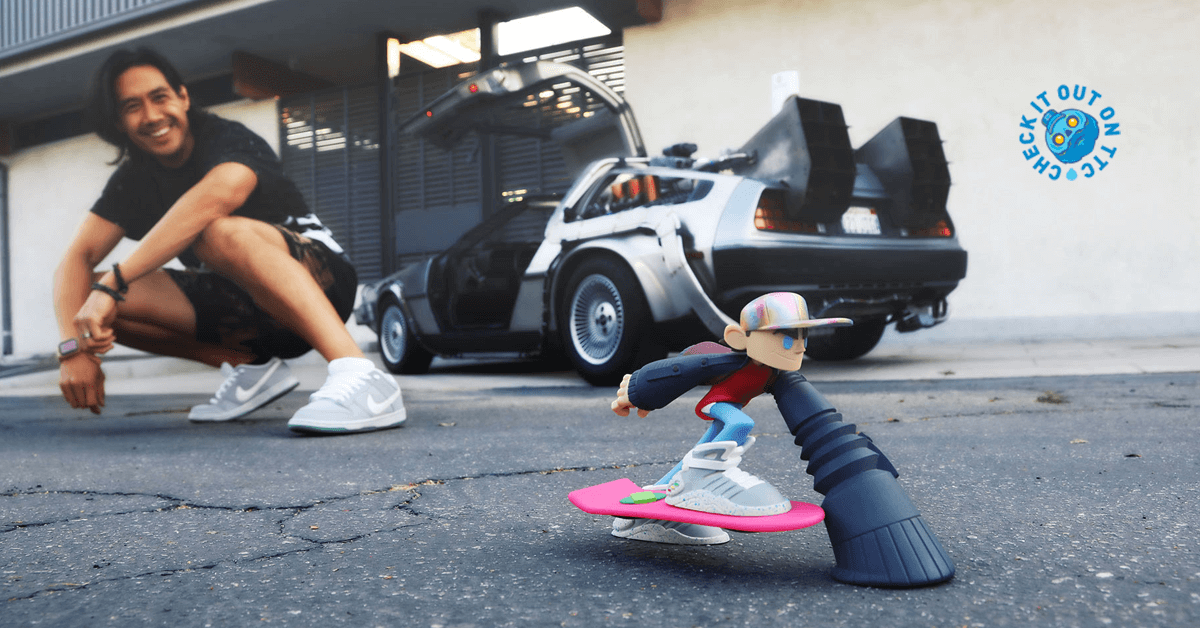 To celebrate the 2020 Back to the Future Day (October 21st), and also in celebration of the 35th Anniversary of Back to the Future, 3DRetro have announced a number of awesome releases that we can share with you today! With a number of prints, pins & art figures, you’re gonna wanna check them out below….

Popular self-proclaimed, uber illustrator Tracy Tubera will see his 2015 resin Future Boy transformed into a vinyl release! Proving quite popular back in 2015, it’s no surprise that the license has been picked up on this figure! Five years ago we wrote about Future Boy HERE, check it out! Who has one of those 25 figures?

Another toy release, will see kaNO take on the Medicom [email protected], converting both the 100% and 400% versions into Doc & Marty! Talking of Doc & Marty, 3DRetro are working with popular Japanese toy designer and illustrator Touma to create his own versions of Doc and Marty. In conjunction to the figures many of the designs will be sold as limited edition, enamel pins. Other artists involved in the pin series include Leen Customs and SuperEmo Friends!

Artist Reina Koyano has taken her PupKiks design and applied it to BTTF favourite dog, Einstein!

Joshua Vides has reimaged the iconic Back to the Future Hoverboard in his own style. Will it work on water though? Only one way to find out, right?

Prints are set to release for this collectibles series, which will feature popular artists such as Josh ‘Shag’ Agle from California and Rockin’ Jelly Bean from Tokyo. Other items being released by 3DRetro for the anniversary include a series of skate decks designed by artist group DKNG and manufactured by the legendary skateboard brand Madrid.

Whilst no official dates have been set for the release of the above, you can expect to see some released during DesignerCon Online 2020 (read HERE on how to buy tickets).