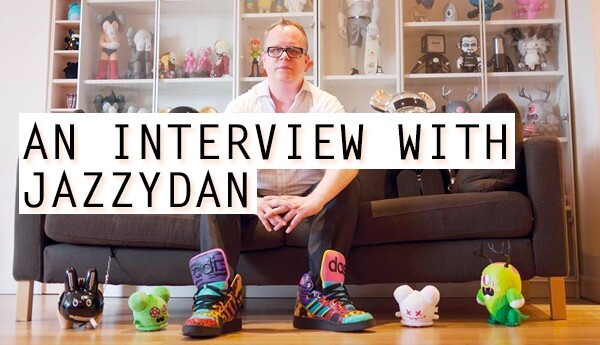 What better way to start your Sunday but with a nice read about a Designer Toy Award 2013 nominee for Best Collection – the UK’s very own Daniel J Perry.

Tell us a little about yourself? What’s your name & where do you come from?
Daniel J Perry (AKA JazzyDan) Born in Watford now living in Hitchin.

Why JazzyDan?
The JazzyDan name is a very long, very sad story. You may have to get me drunk for the answer to that one.

How did you first get into collecting & can you remember what was the first piece that you owned?
I used to be a big Horror Movie fan, so started collecting the McFarlane Movie Maniacs figures. Around 2004 I was in Forbidden Planet looking for more Movie Maniacs, and stumbled across the “Urban Vinyl” section, ended up buying a handful of blind boxes instead, and the rest is history. Started collecting Qee 1st ended up with over a thousand of them. Now I’m replacing them with larger pieces.

Could you tell us a bit about your current collection & how it’s displayed?
I have a big open plan living room, with cabinets all around the room. Well over 1000 pieces. Trying to get down to under 500 pieces at the moment, as the larger toys take up so much room. I want to end up with a selection by all the key artists in the scene, KAWS, Coarse, Kozik, Buff Monster, Sucklord, SML, Fools Paradise, 3A, Luke Chueh, etc. Their iconic pieces. Turn my living room into a small art gallery. 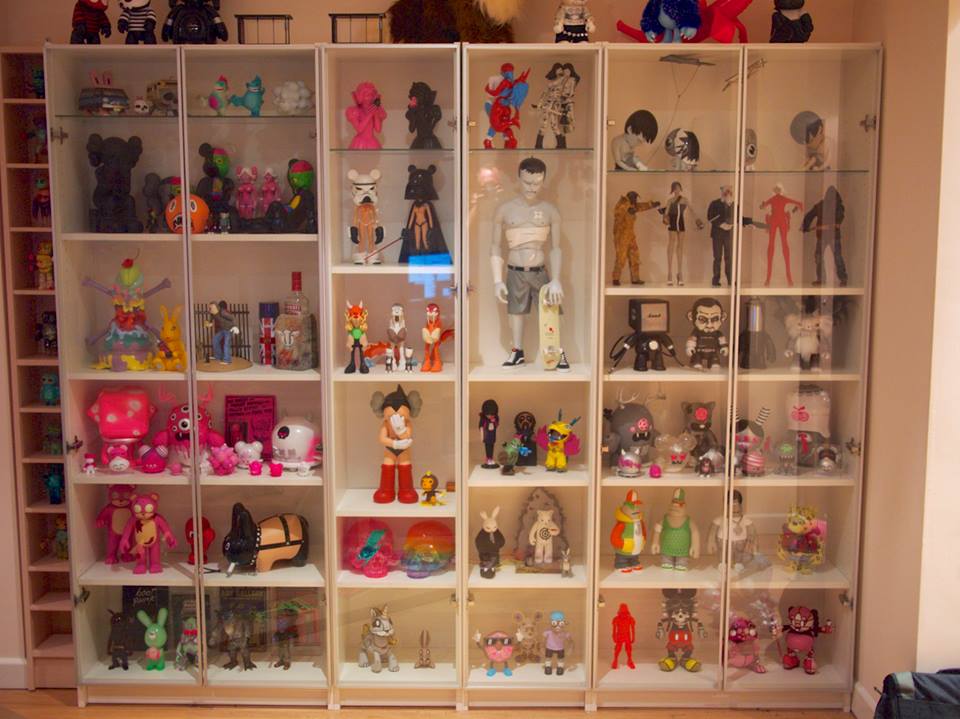 You recently were nominated for a Designer Toy Award for Best Collection, how did that make you feel?
Becoming a finalist was an unexpected surprise and felt pretty good. It’s always going to be a difficult to win when you are up against people like Selim who have a serious amount of cash to throw at their collection. Who knows maybe next year.

Although you didn’t win at DTA, how do you think you can improve your collection to get your hands on one of those coveted awards?
I think improving the collection will be about how its displayed and photographed, rather than what is in it. I’m thinking less is more. 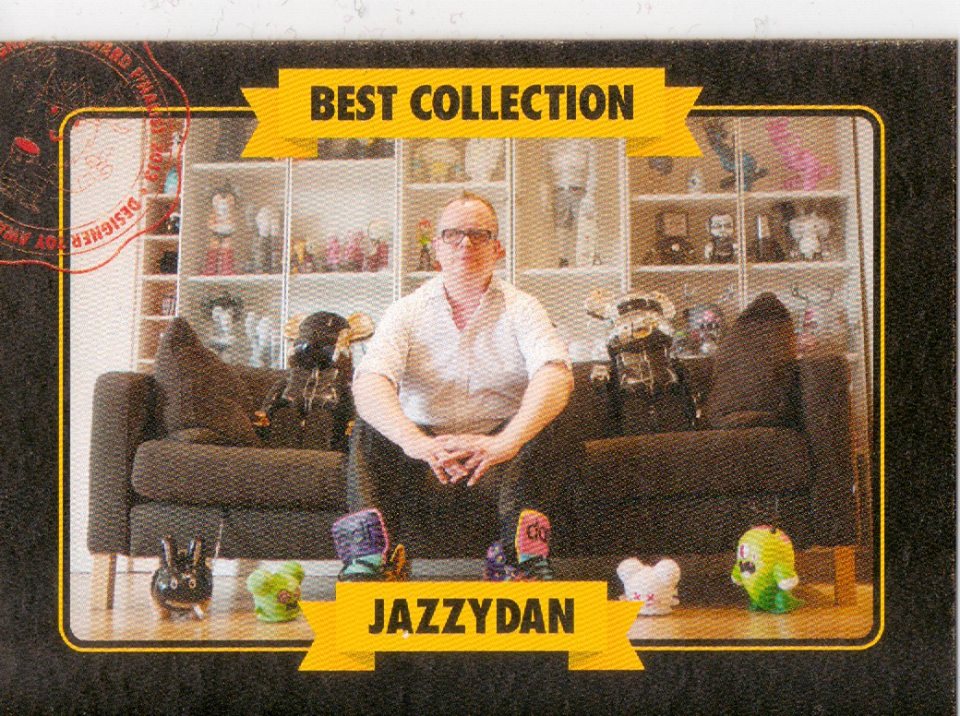 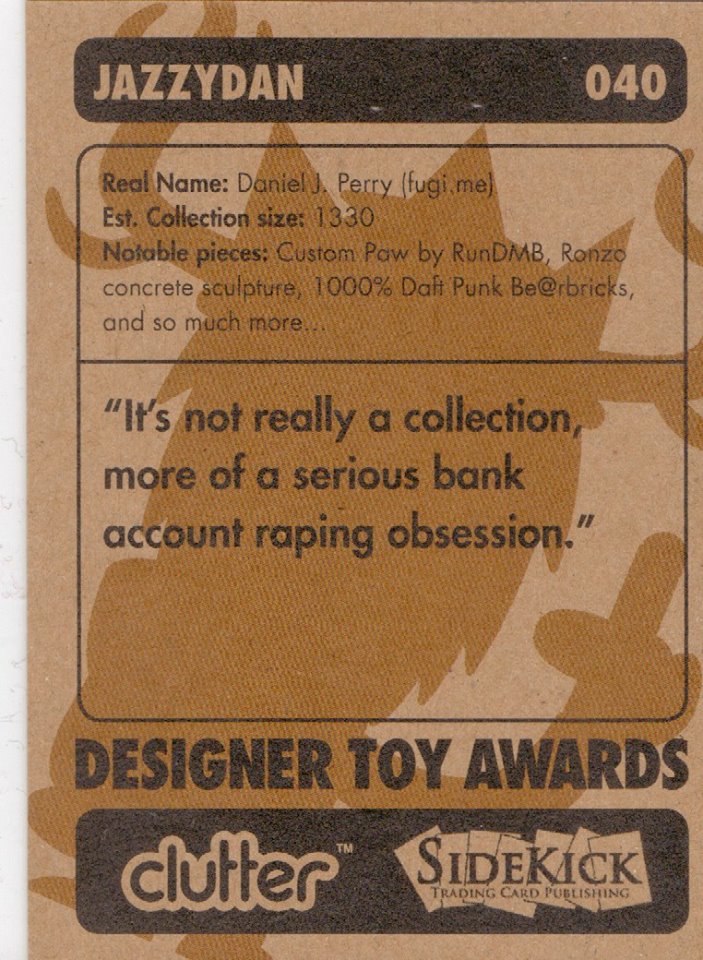 Is there a particular aspect (or aspects) of collecting that gives you a buzz?
I think I was born a collector (hoarder) I’ve always collected something. From being 5 and collecting star wars figures (wish I still had those guys), to a teenager collecting CD’s, and now I’m collecting art prints to. I yearn for a house free of clutter, but its never gonna happen, as I can’t keep my wallet in my pocket for long enough.

What would you consider to be your most prized possession and why?
I’m pretty over the moon with my D*Face/Smirnoff Vodka bottle in concrete. And my Ronzo Concrete print. Shephard Fairey AP, and Buff Monster original painting. Can’t wait to get some cabinets down and put some art up! 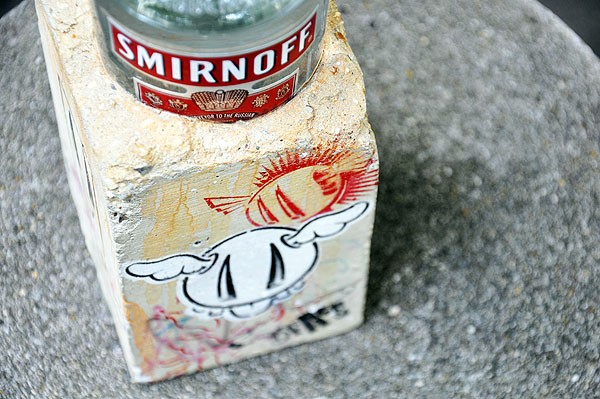 Tell us a bit about Fugi.me and plans you have for the next year.
fugi.me is my little hobby business, unfortunately due to the day job I never get as much time as I would like to nurture it. But I’m looking forward to getting our booth ready for ToyCon UK 2014, all the Robotic Industries releases, the Power 5 Blind Bags, and some other surprises I have lined up. 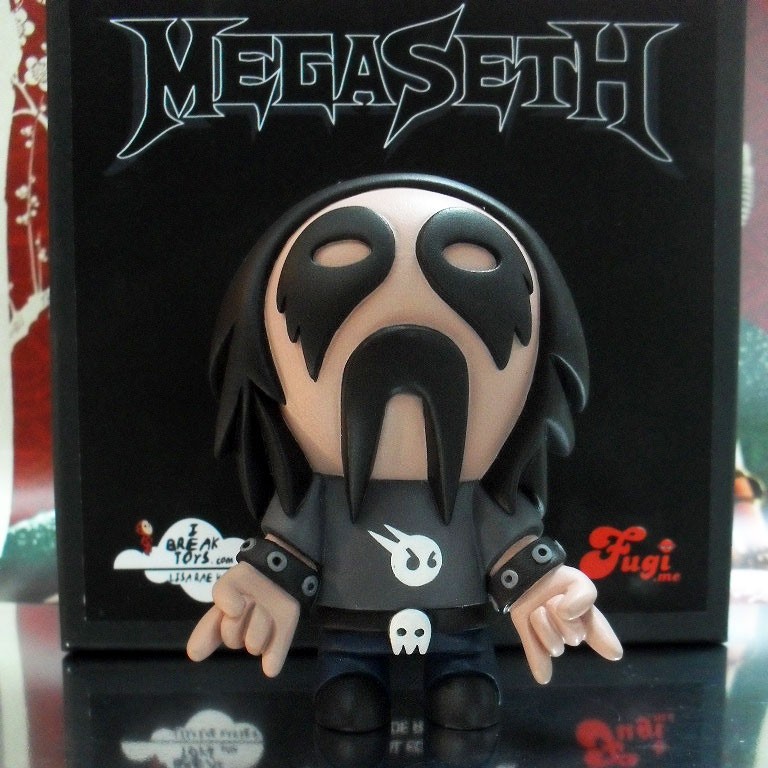 Has your collecting tastes changed over the years and what has been your favourite pick-up this year?
Definitely, I think its a similar journey for most collectors, you start on blind boxes, move on to larger 8” releases, then maybe on to custom pieces, graduating to the pricier realms of Coarse/KAWS/3A/etc then end up with art prints. I think thats where I am now, more art/grown up pieces. I hope that doesn’t sound to pretentious or condescending (or other words I can hardly spell or pronounce). I still slip and fall for the occasional blind box though, the new Simpsons Halloween ones are awesome, and I’m looking forward to checking out the new Joe Ledbetter series. I guess my advice to new collectors would be, don’t by a dozen blind boxes, save the money and invest in a large piece, you won’t regret it. I think the thing I am looking forward to the most at the moment is the new 3A piece, peppermint Grove. Best toy this year though I think would have to be the new McBess/Kidrobot release. 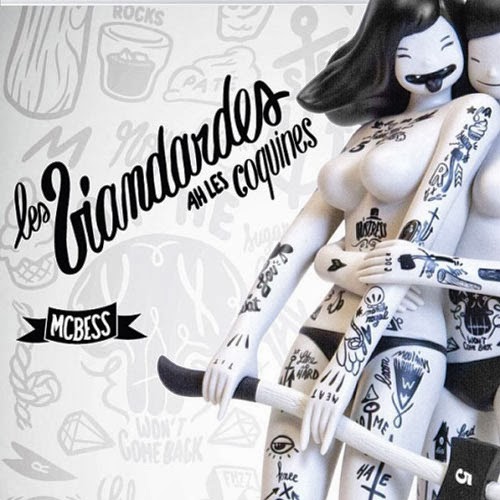 What is your ‘holy grail’ piece & what would you do to get it?
Probably a 4ft dissected companion. I’m considering trading a kidney for one. 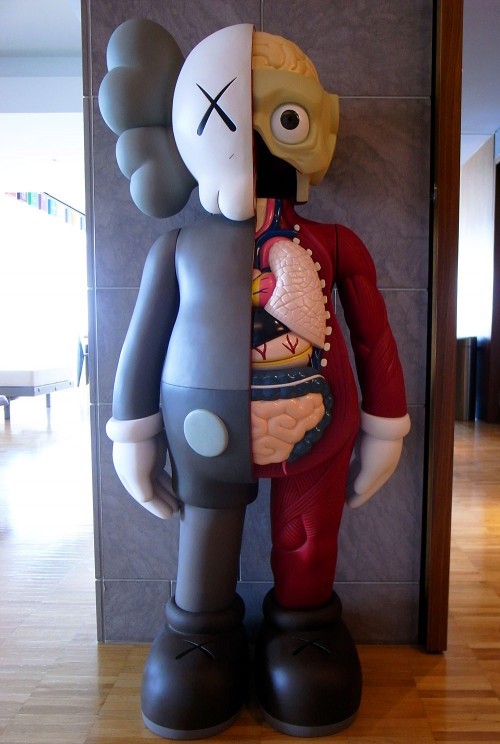 Are there particular artists or manufacturers that you love and what makes them stand out from the rest?
Coarse and Fools Paradise just get everything right. Scale, design, price, packaging, QC, customer service, they just nail it every time! 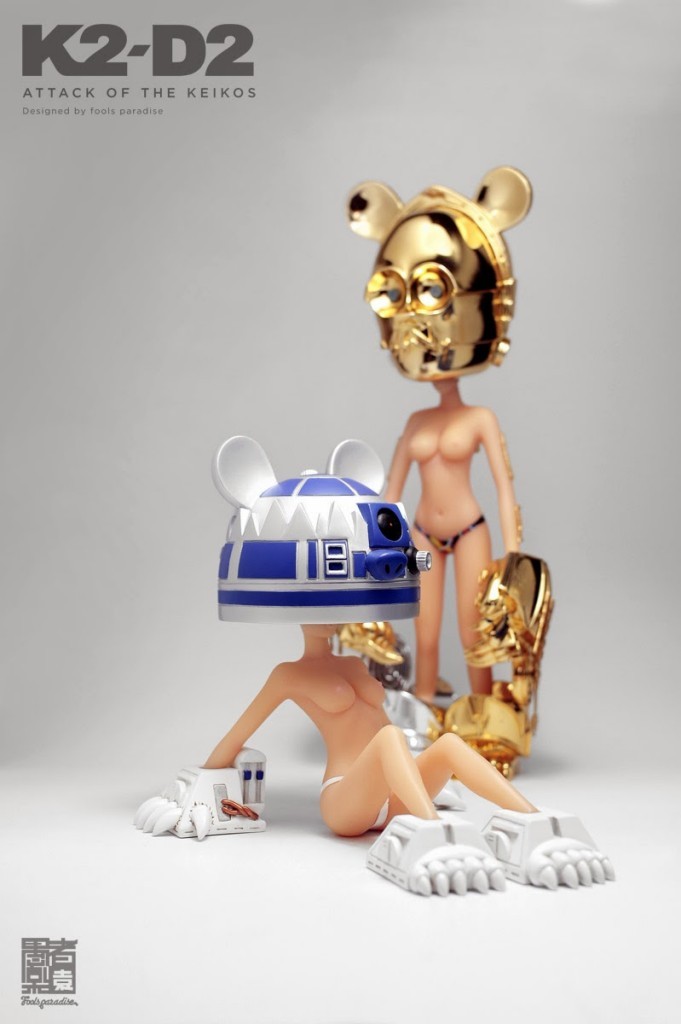 What would your dream Artist or Manufacturer collaboration be?
Well I heard a rumour that Medicom have just teamed up with someone pretty amazing from the UK. Which is a pretty big realisation for me at the moment. But I’m sworn to secrecy.

How has the Designer Toy scene changed since you got involved and what are your hopes/predictions for the future of the scene, particularly in the UK?
Things have changed a lot. Blind Boxes seem to be declining. Customs are on the rise. Things seem to be moving from the larger companied to the smaller independents. Which is all very positive. I predict the larger companies will continue to change to a more mainstream audience, and more small independents will emerge and make superior cutting edge pieces. Unfortunately the UK scene is definitely on the decline. But hopefully the ToyCon UK boys can change that by continuing to spread the word with more events, conventions, and releases.

Do you think this Designer Art Toy form is gaining strength and credibility or do you feel it will always struggle to be understood?
I think its just another form of art. Its like a gateway to the art scene for many people. It will always be there. But I think by its nature it will always stay slightly underground.

Thanks for the opportunity guys. Hope I dropped some wisdom for you. And this wasn’t just another of my rants. Keep up the good work, loving the site.