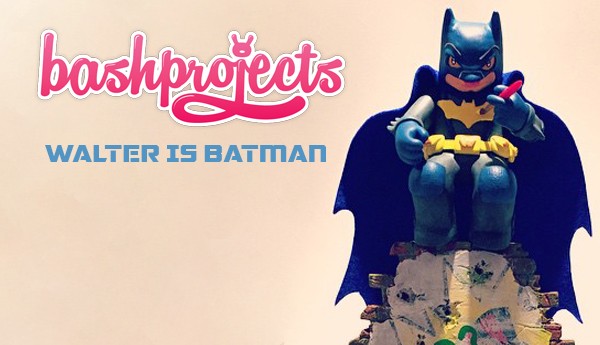 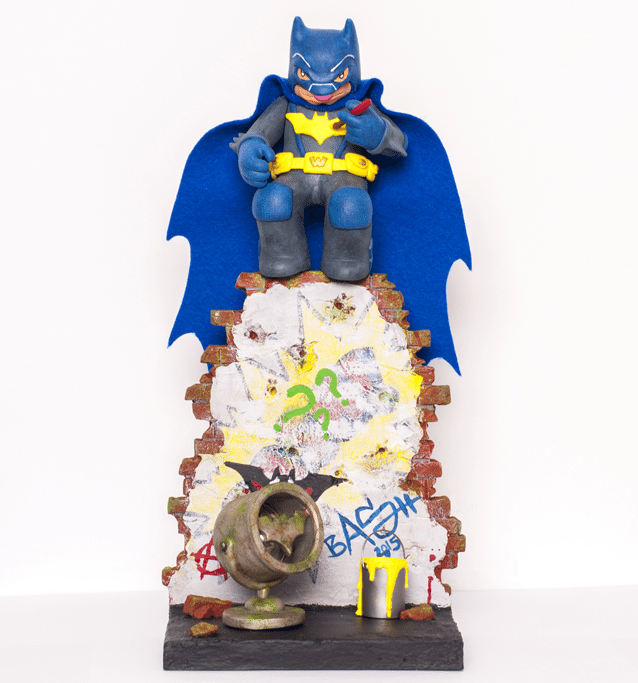 “Gotham turned to shit when Christian Bale stopped as Batman. The Joker broke out of jail and took over the city. But have no fear…

He decided that after 75 year it was time for a new Batman! So he told Ben Affleck to fuck off, put on a black suit and painted a big yellow bat on his chest.

So all bad guys hid and ran, now that… 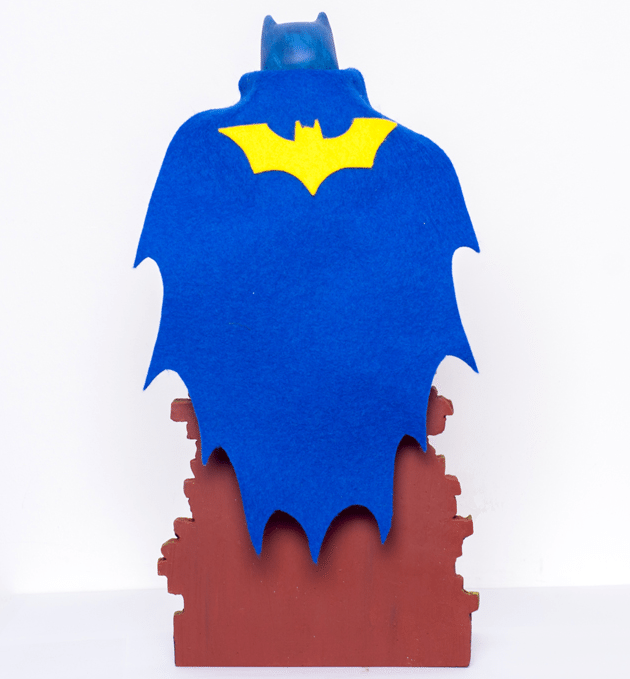 Bas turning a standing figure into a slightly crouching figure he is about to pounce or fly off the wall, of course when he finally finishes painting the batman logo. Bas actually had a little headache deciding on what to make the cape out of, wanting to go with latex but not sure on the longevity and the care needed so the Latex does not dry out in the future. Bas went the wool felt route for a cape.

This is actually a commissioned piece but don’t too sad you can always message him or have a look at his online shop to pick up some Bashprojects custom goodness at http://bashprojects.com/