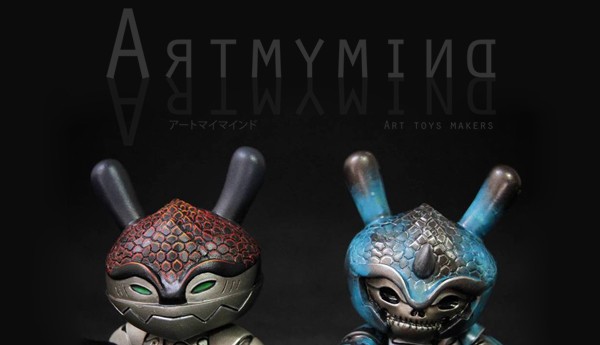 The French power couple Artmymind, have decided to release these two classic custom Kidrobot Dunny pieces from their own collection. These two, are exclusive variants that were made for themselves and never made available to the public. Time to set your clock as they will be online today at some point.

These two custom Dunny’s are a must for any collector, superior finish and design just what Artmymind are known for. The highly modified bodies with paint work which makes them look like they have metal finishes are crazy. Not forgetting to mention the scale like texture on both of the Dunny heads. 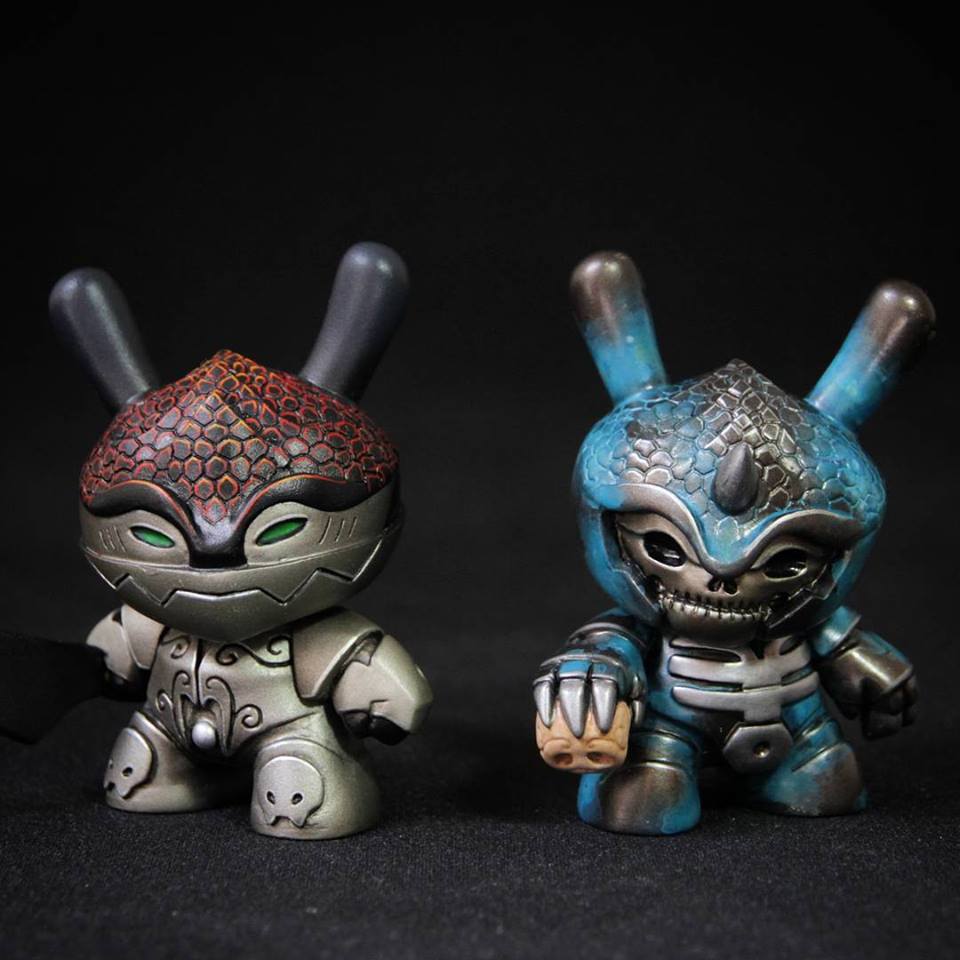 The winner for us is the blue one with the exposed skeleton.

The time announced is a little sketchy but we figure it will be around 11pm Paris time at http://artmymind.bigcartel.com/ priced at €110.00, around £78.

( a big congratulations to Julia, Guillaume Lachambre both on the upcoming new arrival to the Artmymind family)