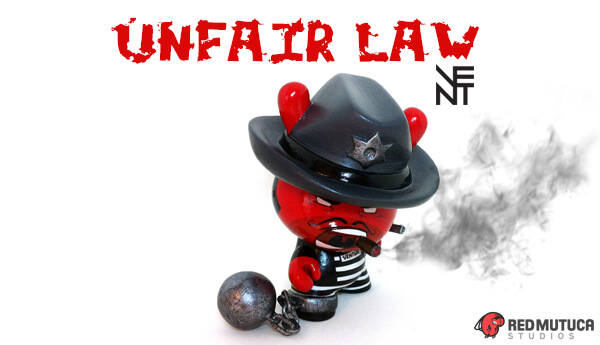 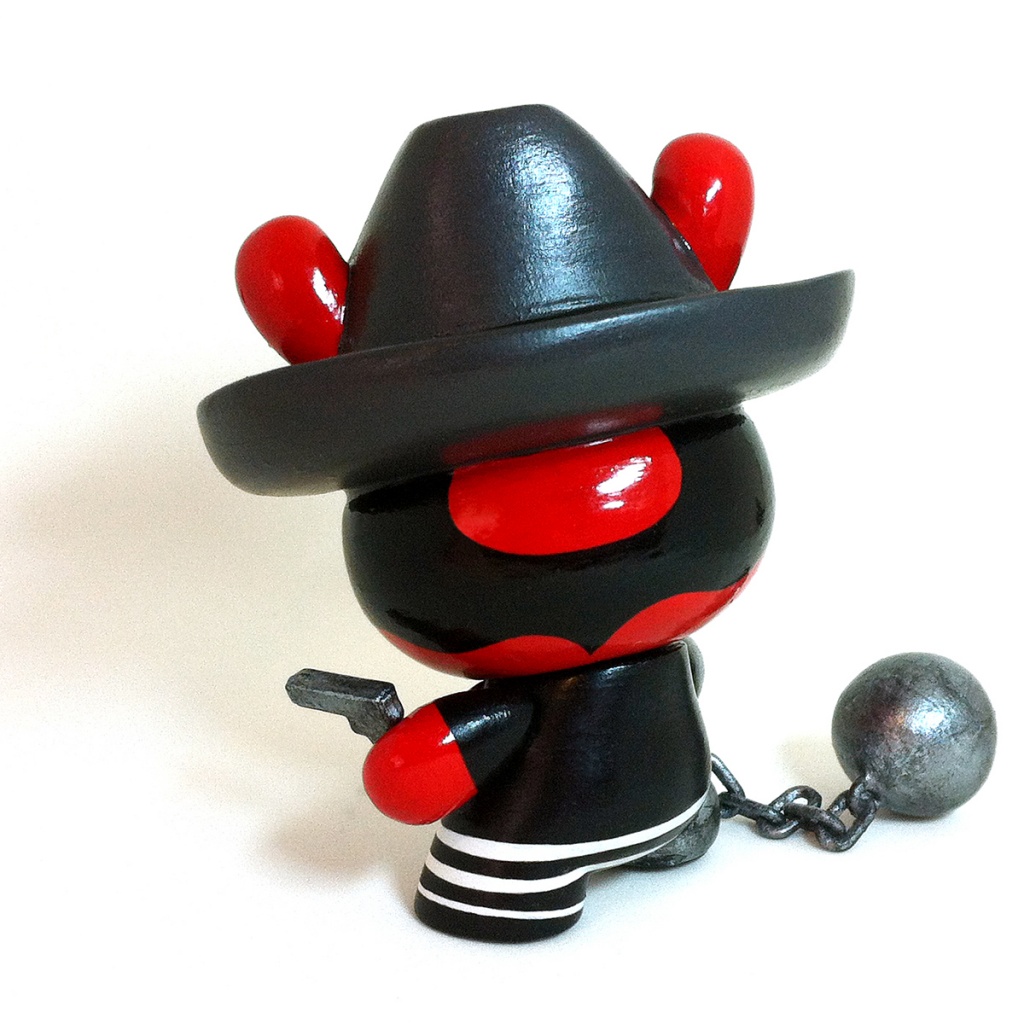 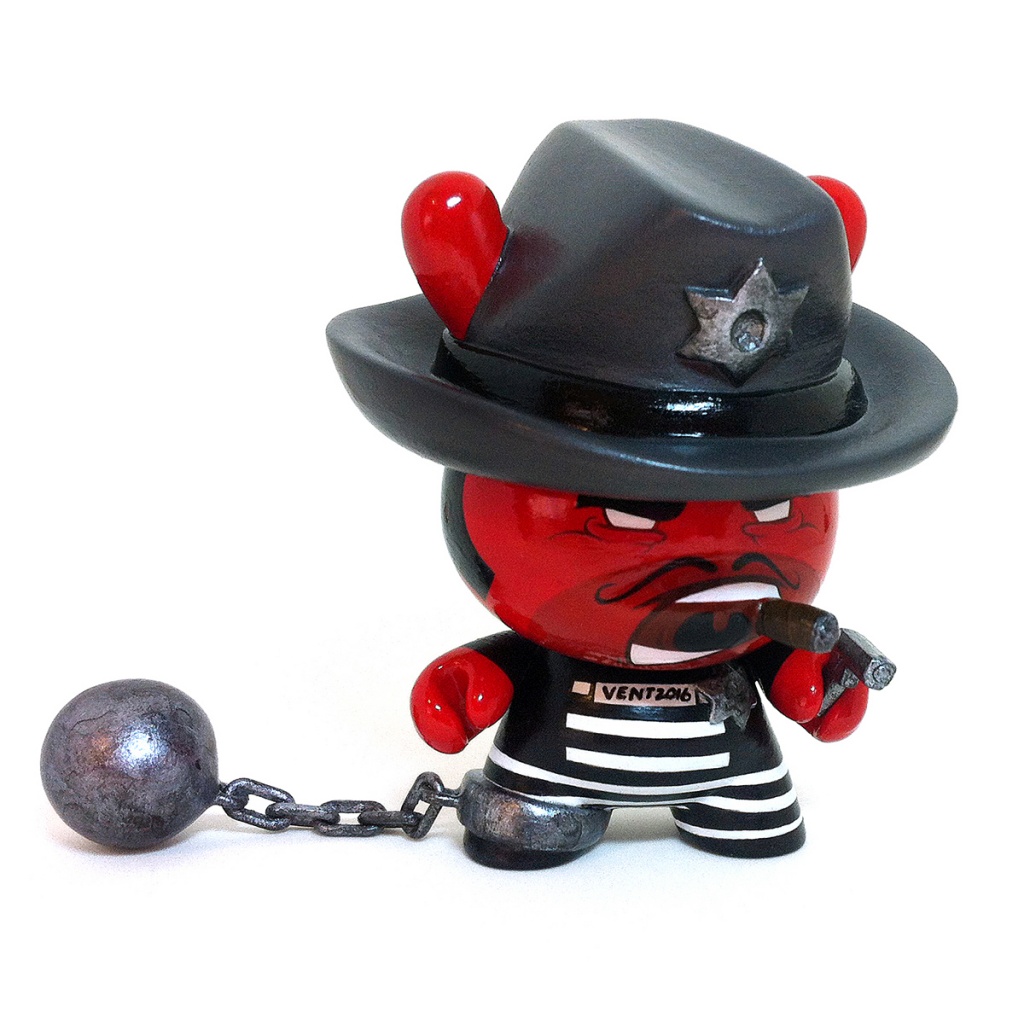 “This is a custom 3″ Dunny named UNFAIR LAW, a design I originally painted on canvas for The Two-Faced Show on Gunzo gallery in 2012, and that I later submitted to Kidrobot for the Art of War series. Kidrobot picked the Geek Force design, but I still think this is a cool concept, specially during the political events happening in Brazil nowadays.” 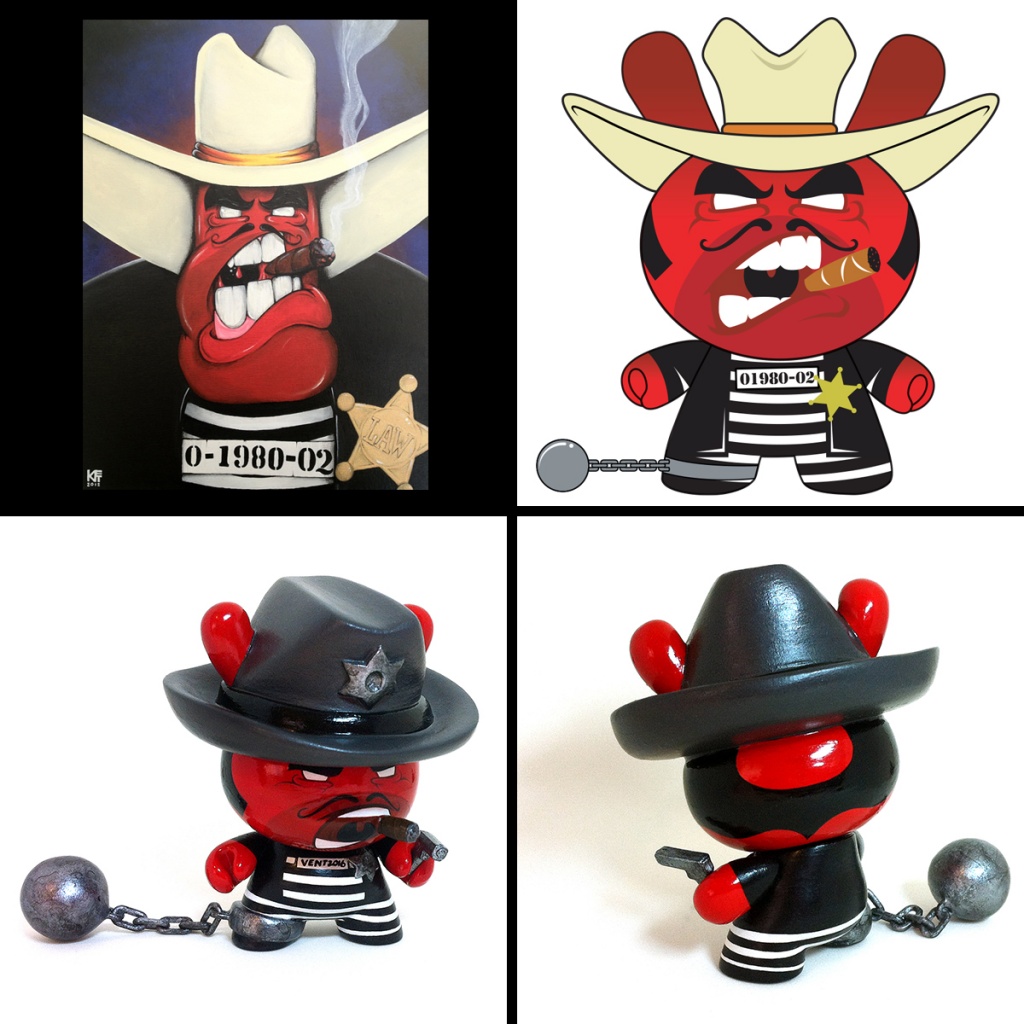