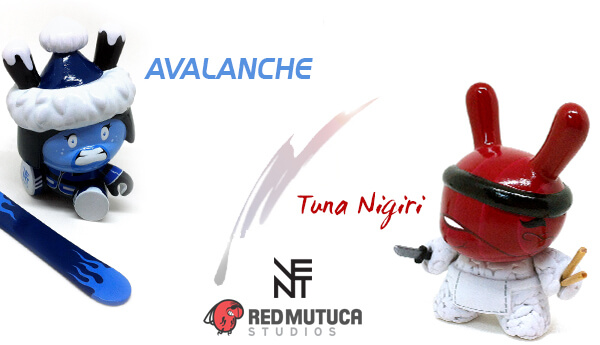 Igor Ventura is hammering out work left right and center, which is a good for us as we get to see more of his lovely work. Today  he’s ready to show you guys two more custom Dunnys! the first is Tuna Nigiri, a 3″ Dunny sculpted with epoxi clay and painted with acrylics. Made for a private collector, it’s an alternate colorway of Igor’s Salmon Nigiri Dunny which was sold at Martian Toys. Salmon Nigiri Dunny connects with me personally being a sushi chef and I can imagine the collector who owns this would want the whole range of Nigiri Dunnys. I do wonder did Igor use real rice? Ha just messing.  The other is named AVALANCHE!, a design Igor originally painted on a Qee for a contest back in 2012. Custom 3″ Dunny using Kano’s Genghis Khano dunny from the Art of War series. Those repositioned legs! Adorable, Ha. 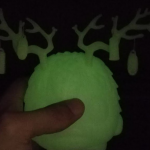 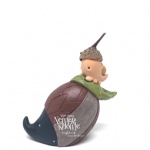