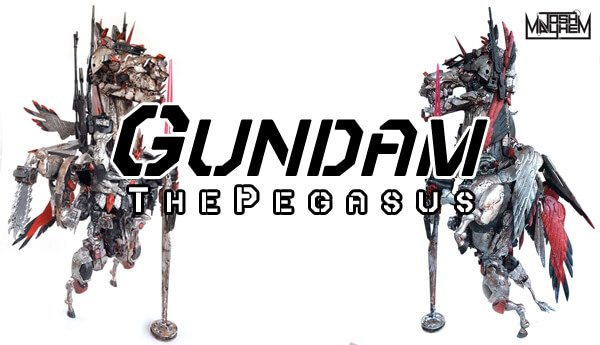 Josh Mayhem just revealed a new work, but it´s not what you think, no blown away customs this time (we love them). Josh took a swing at MINDstyle’s Horselington by EWOK 5MH, and made a Gundam out of it. Yes! A Gundam! 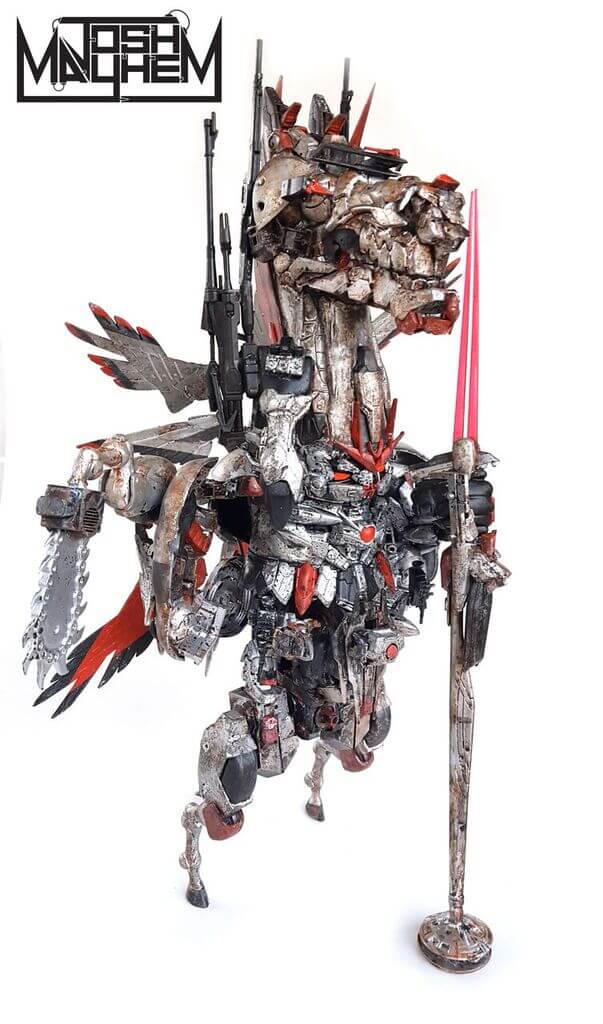 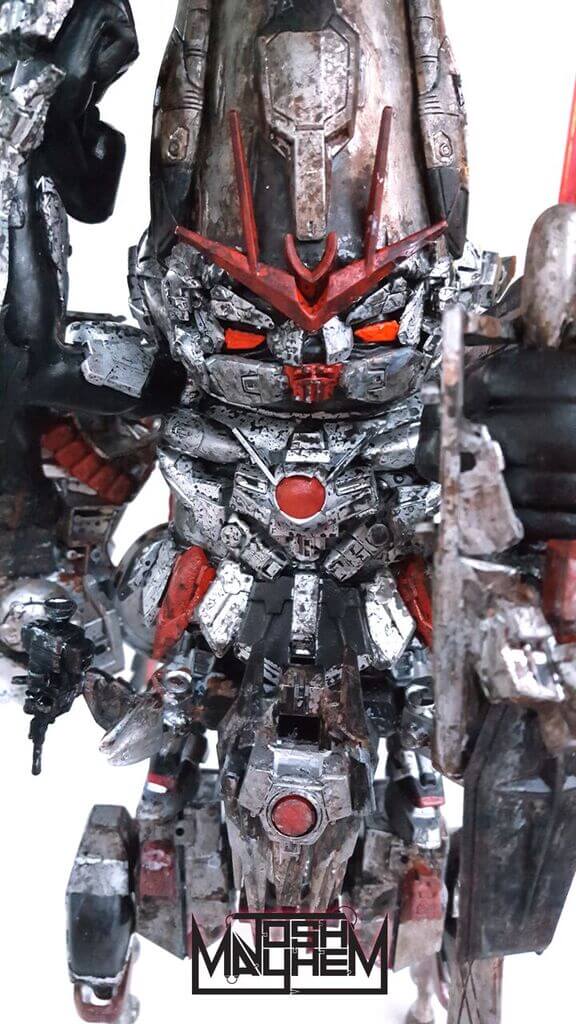 We can´t imagine the amount of work Josh invested in this creation, take a look at all the components; 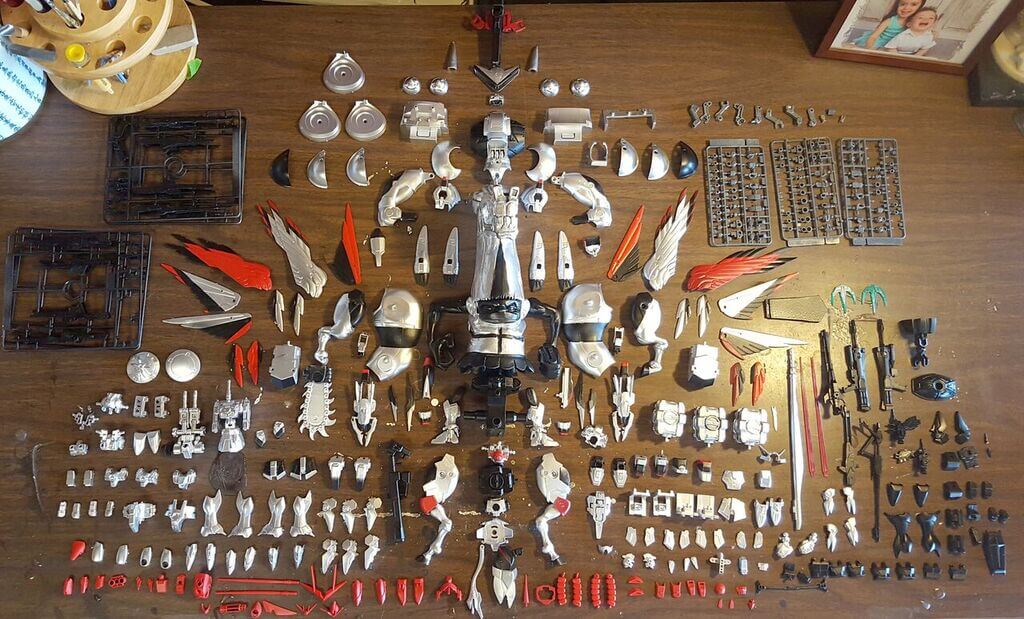 Impressive work. It´s great to see this designer toys/gun pla crossovers. Maibe this will inspire new artists and possibly some brands in doing something along this lines. Kidrobot produced some mini gundam kits in the past (DamGun ‘Bots), but personally we would like to see something more  “epic”. Well, just an idea, tell us what you think!