El Hooligan is on fire right now! customising MINDstyle’s Horselington by EWOK 5MH and turning the vinyl toy into a F-ing samurai warrior! super creativity from El Hooligan. The custom feature loads of texture and detail that make your jaw drop. Who else would of thought to make the horse head to to a dragon let alone separate stature. 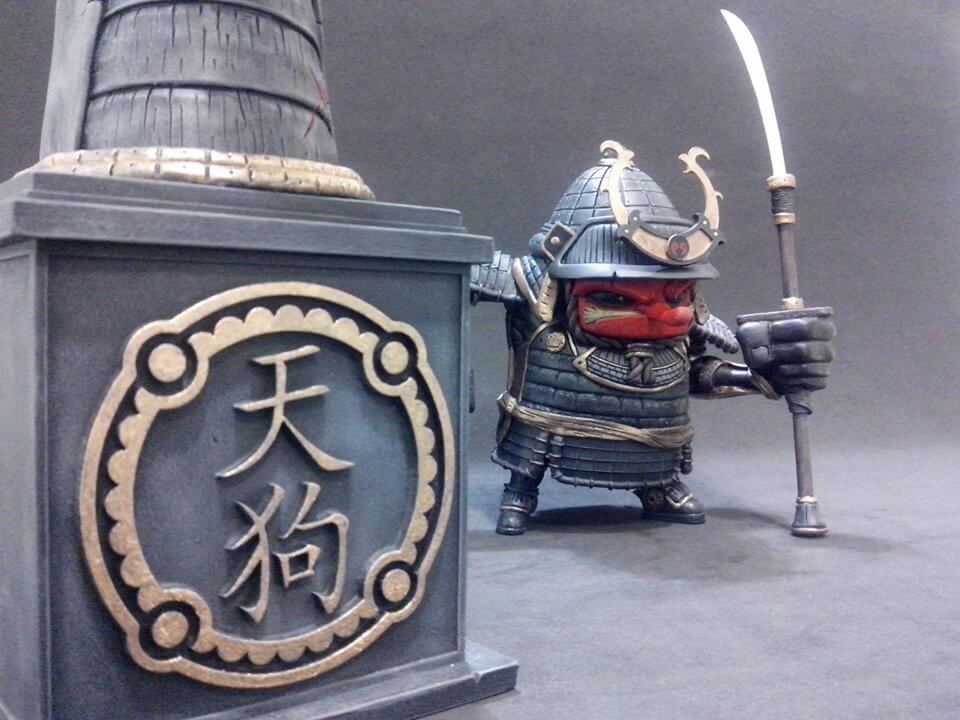 Another plus point is the calligraphy looks good and usually when westerners attempt Japanese or Chinese writing most fail. 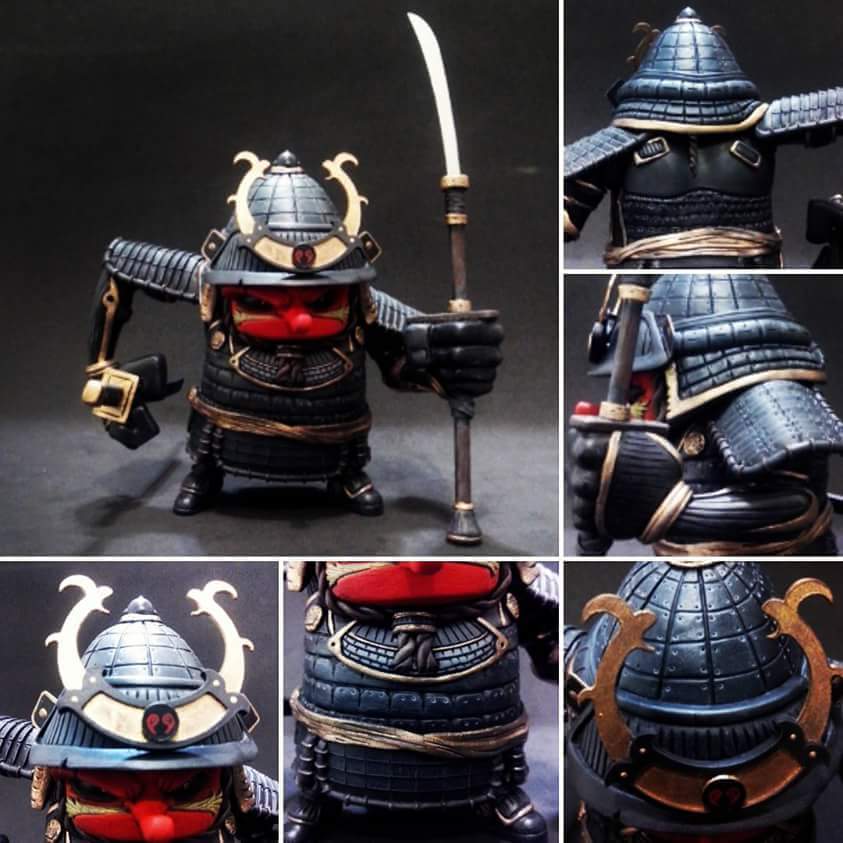 Samurai warrior it’s self is cover head to toe with armer and the original Horselington pose suits the Samurai warrior well. No news if the custom is for sale or not but he has other work which is just as good so make sure you take a look when you have time over at his Blog http://hooliganfreetime.blogspot.co.uk/or you can reach him Via Facebook.