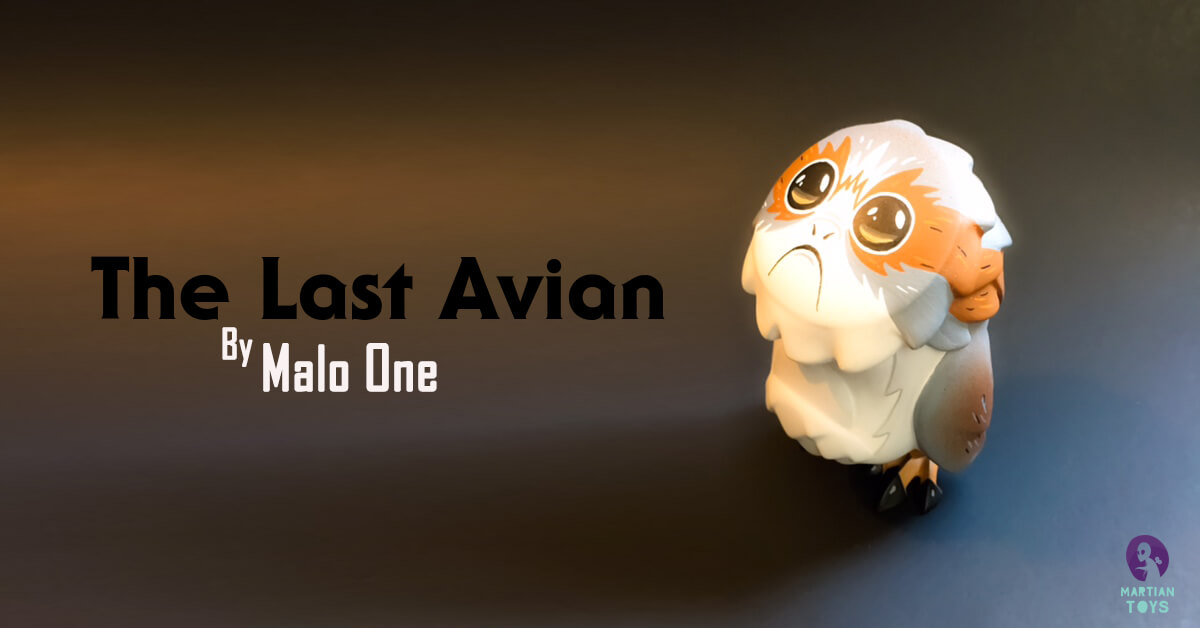 “a long time ago in a galaxy far, far away” Well not really only across the pond in the city of angels Malo One aka MALOWRX has taken a 3.5inch COARSE OMEN and turned him into a little “Porg” from the upcoming new Star Wars film, The Last Jedi!

Presenting “The Last Avian” – a custom 3.5” Coarse Omen by artist, Malo One. The Last Avian is based on Millenium Falcon’s new co-pilot, a Porg that steals the show allegedly in the new Star Wars film, The Last Jedi (In Cinemas December 15). 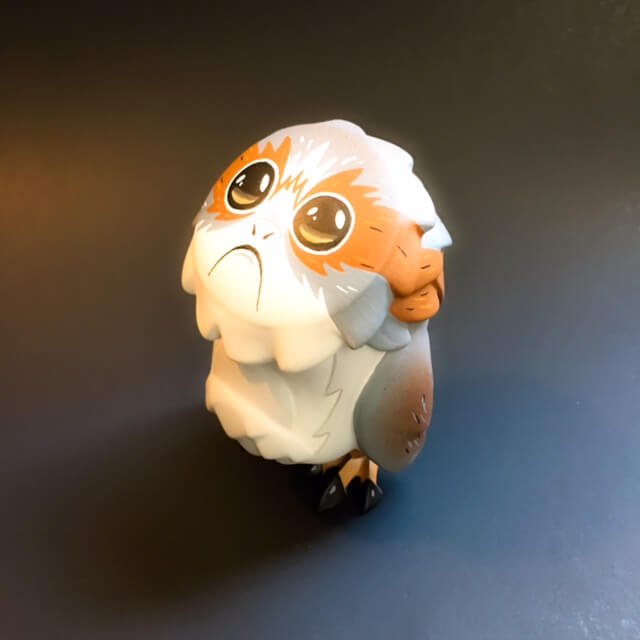 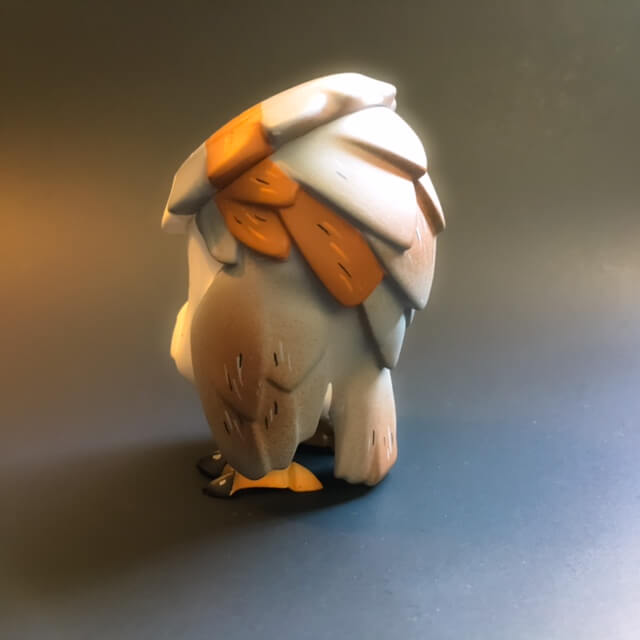 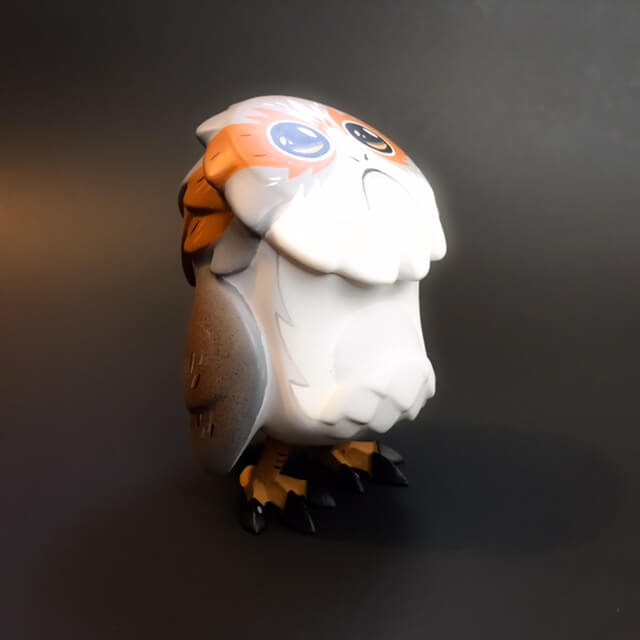 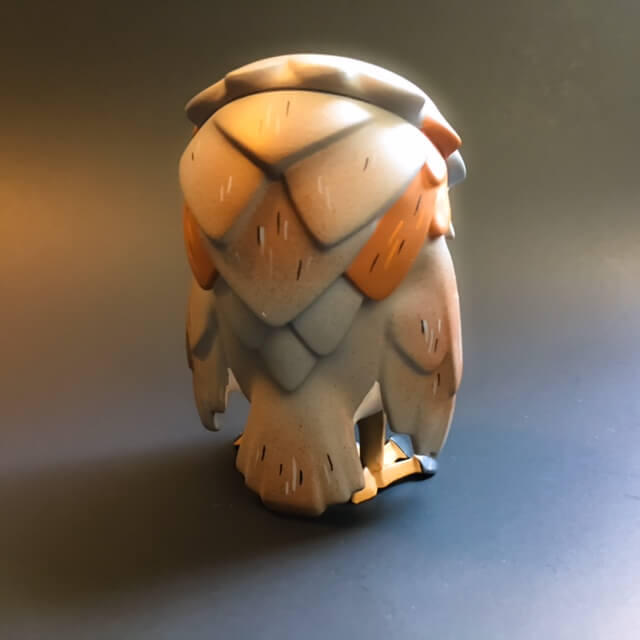 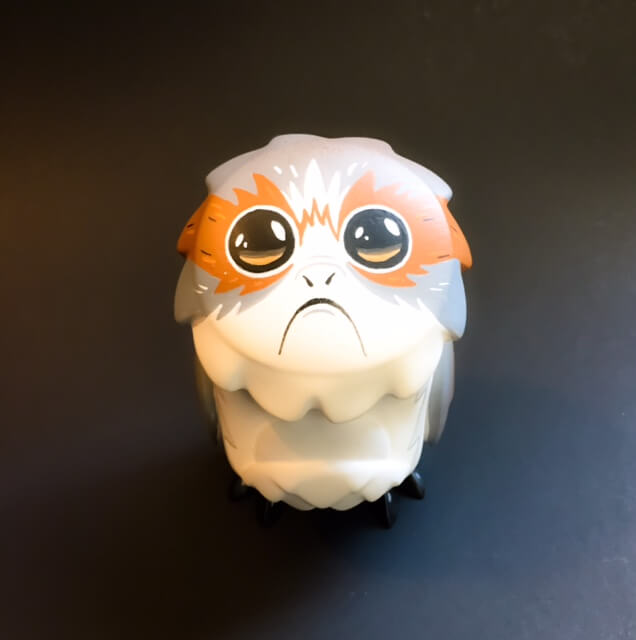 The Last Avian is up on preorder for $100 on MartianToys.com. Preorder is up now on MartianToys.com please allow 4-6 weeks. However, Mike feels confident he can get the first 6-8 done in time for the movie release s the early bird gets the porg as they say. May the force be with Malo One.
Along with Coarse custom, please check out Nathan Hamil’s new enamel pin – Porgy Pig. It’s 1.75” tall x .75 “ wide and comes carded and clear wrapped. Just $10. 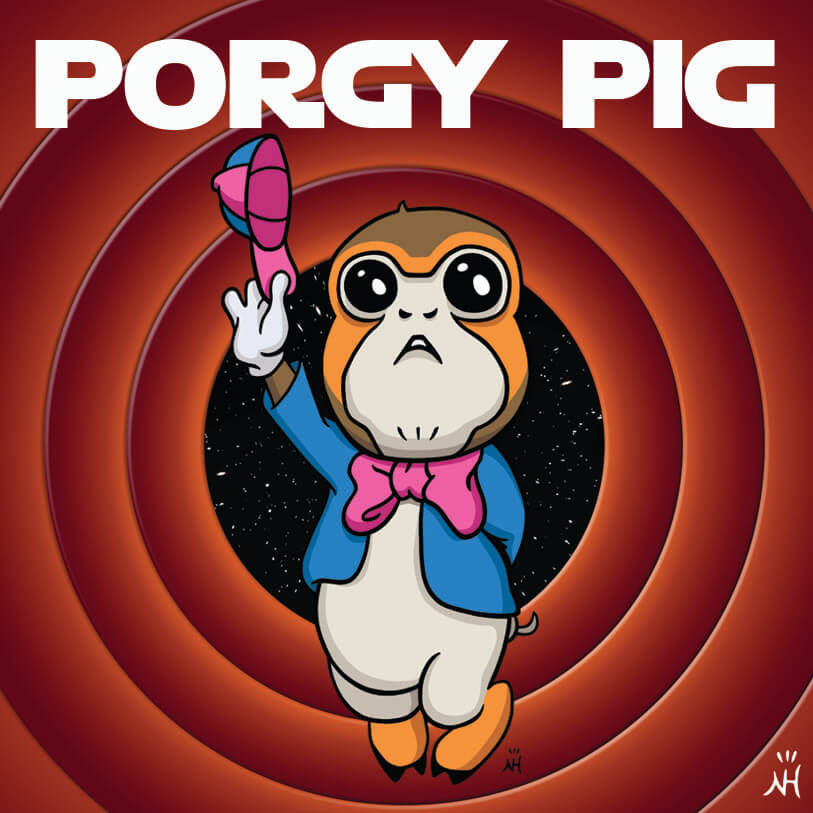 Now through December 31st, if you spend $125 or more you will receive free domestic shipping and if you spend $200 or more free global shipping. A great time for those around the world to stock up! Just use code XMAS.
MartianToys.com
If you want to get your Designer Toy news first, you should look to download our new TTC Mobile App. Designer Toy news direct to your smartphone. No dealing with social media algorithms.

A little more about Porgs….
Porgs were a sea bird[3] species native to the planet Ahch-To, where Jedi Master Luke Skywalker made his exile in the years following the victory over the Galactic Empire. The creatures, who dwelled on the cliffs of the island where Skywalker lived, could build nests and fly. Male porgs were known to be slightly bigger in size than females.[3]Baby porgs were called porglets.[1] A flock of porgs was known as a “murder.”[4]
Porgs were designed for the 2017 film Star Wars: Episode VIII The Last Jedi. They were inspired by the real-life puffins that live on Skellig Michael,[5] and were created using a variety of effects including puppets and CGI.[1] Porgs were first revealed in behind the scenes footage from The Last Jedi at the D23 Expo in July 2017.[6] They were officially named in a StarWars.com interview with Lucasfilm Story Group creative executive Pablo Hidalgo.[1] – http://starwars.wikia.com/