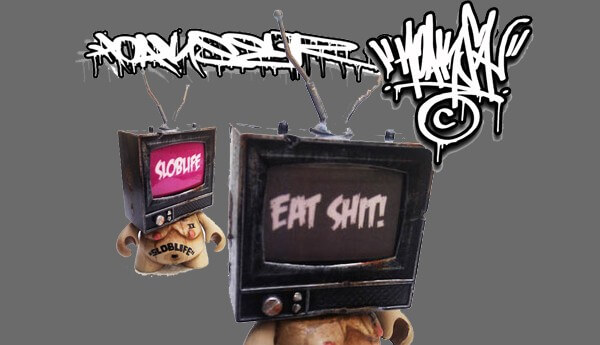 Since 1998, Hoakser has built a solid reputation in the UK graffiti scene, from his base in Kings Heath, Birmingham.

Constantly studying and developing his skills, experimenting with new techniques, Hoakser’s distinctive graffiti character and lettering styles are put to use on all kinds of surfaces.

His custom commissions, toys , canvases and works from his trademark Pregraffalite series are shipped all over the world, to private collectors across five continents. 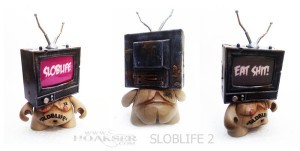 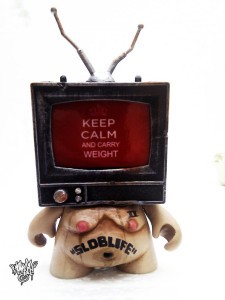 Sloblife 2 is a custom Trikky..Similar to sloblife one, this version is slightly cleaner and has 9 screens to change between, one of which is blank and can be used to write on, or used as a template to cut around any picture that can slide into it’s place…

Like the first version, he’s been finely melted and cut, adapted, sculpted, sanded, painted and lacquered and is a unique signed custom, complete with man boobs and butt cheeks.

He stands 14.5cm tall, and unlike the first version, he has a rotatable head!! and moveable arms and antenna.. A slightly cleaner look and different tattoos..

Sloblife 2 is the laziest custom around..And will gladly sit with the rest of your collection..As long as he doesn’t have to move too much.. 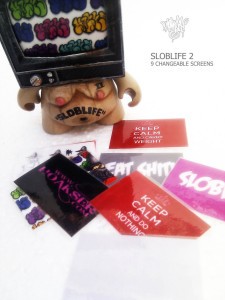 Pretty neat idea having a to change the screen display too and at £45.00 pretty nice deal. You can find SLOBLIFE2 HERE

Don’t miss out his portfolio his work is pretty impressive.