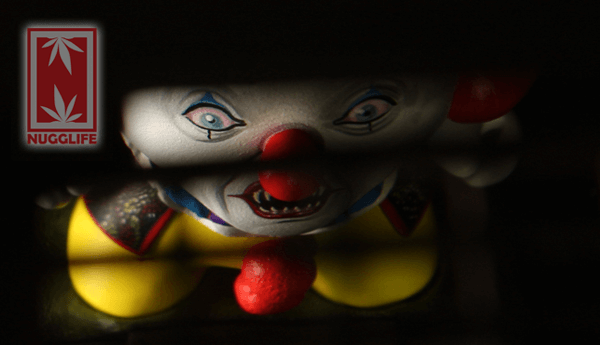 As we mentioned in our post about WuzOne’s Alien earlier today, The Toy Chronicle have a thing for scaring the heebee jeebees out of ourselves. Clowns were not a big deal for us in our younger years, until we watched Stephen King’s IT. Such an epic movie. Made us very wary of clowns & drains. So when Nugglife sent us info of his latest commission, we warily opened his email. Nugglife has taken on Pennywise. The evil monster who lured in children disguised as a clown, in the 1990 cult hit movie. Nufflife has definitely captured the evil side of Pennywise in this Custom Kidrobot Dunny. Thankfully this custom is a commission from one of Nugglife’s customers. We love to see how Nugglife moves away from his usual ‘Nuggs’ series to try something different, but still kills it. Much like Pennywise would kill you, given half a chance. 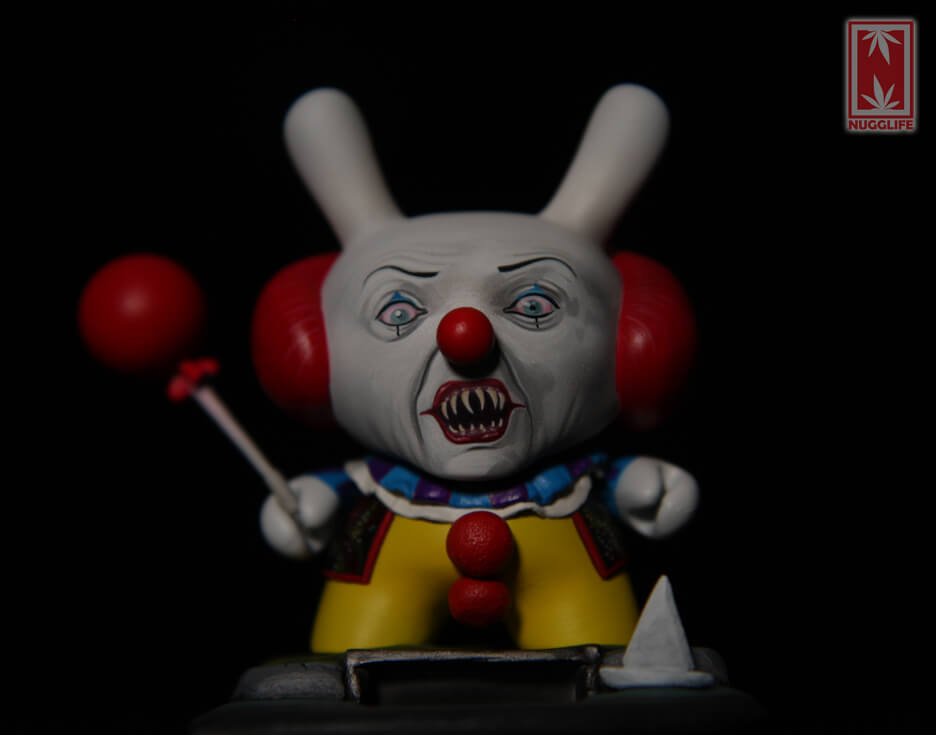