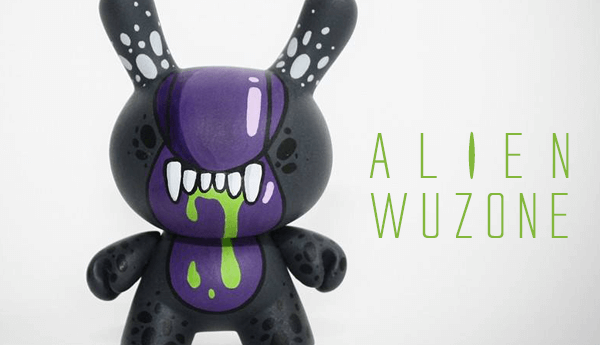 As The Toy Chronicle were growing up in the 80’s & 90’s, one of the first horror/sci-fi films that we saw just so happened to be Alien by Ridley Scott. That chest-busting scene freaked us out when we were a wee knipper. Over the years though, the Alien movie franchise became our favourite. So we are always happy when we see artists take on the Alien in their custom work. Which is exactly what WuzOne has done with his new Custom 3inch Kidrobot Dunny. Adding his own spin to the beast, WuzOne has done a great job of capturing the basics of the Alien and making it his own. Great job! Alien is a commissioned piece, but if you’re wanting your own Custom Dunny from Wuz, you need to hit him up on Facebook, Instagram or his own store HERE. Below you can see the WIP shot of Alien, as Wuz sketches out the design on to the Dunny. 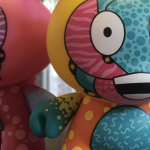 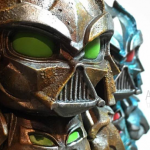