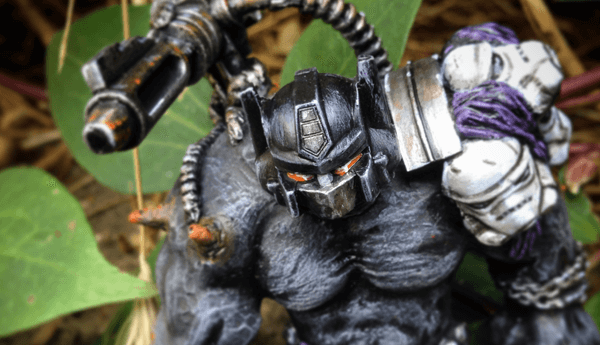 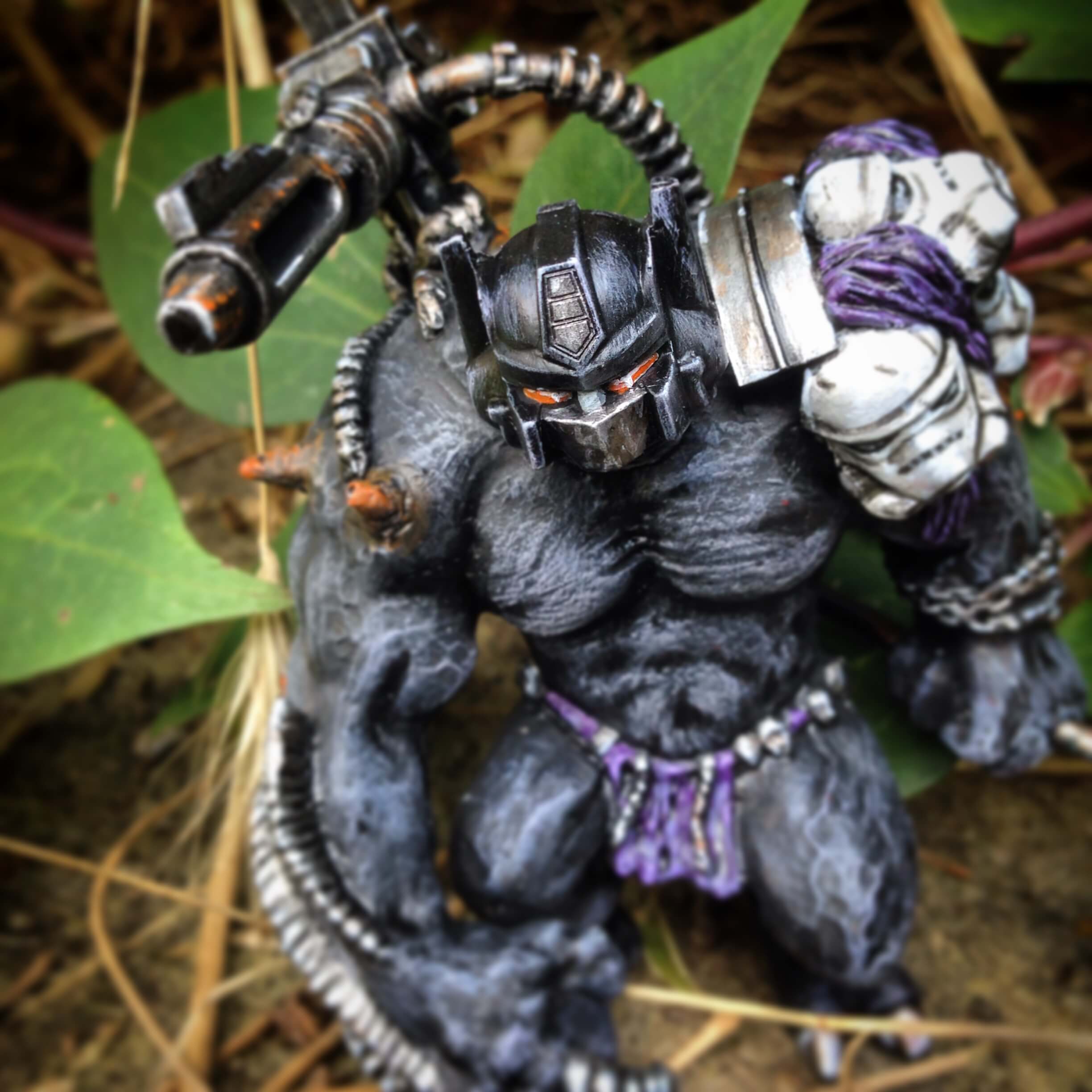 Cast from a toy found whilst Cult Mini Figures was in Spain. Cult Mini Figures had seen a lot of the bootleg toys and thought it would be great with Optimus Prime’ head, and give it a fairy tale edge. We really love the work CMF has put in to this bootleg piece. Standing at around 4inches, Nemesis is pretty damn badass.

Cult Mini Figures had this to say about Nemesis:

“The opportunity came up to make a figure for The Toy Chronicle, so I thought I make the figure darker and base it on Optimus’ clone Nemesis Prime. A friend on facebook posted that they were sick of seeing new starwars toys the day they came out, hence Nemesis killing Stormies!” 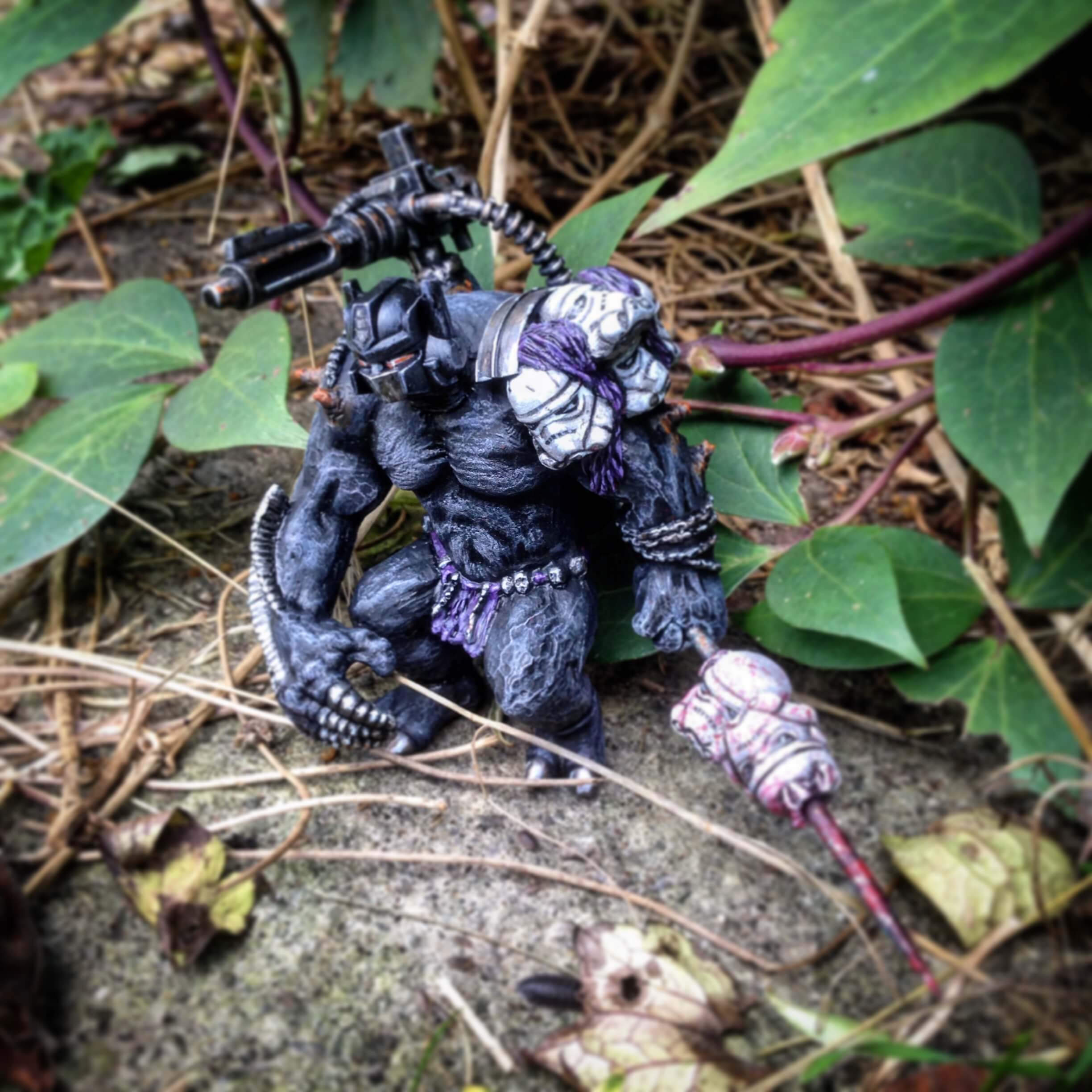 The custom uses a couple of resin cast, Lego Stormtrooper helmets and some thermo-plastic copies for the shoulder armour, a original G1 Transformer weapon, part of a Kinder egg and a BBQ skewer and some Technic lego.

The Optimus Gruff version, which we covered HERE, will be available to purchase via Cult Mini Figures store HERE for £15.99. Limited to 10 pieces.