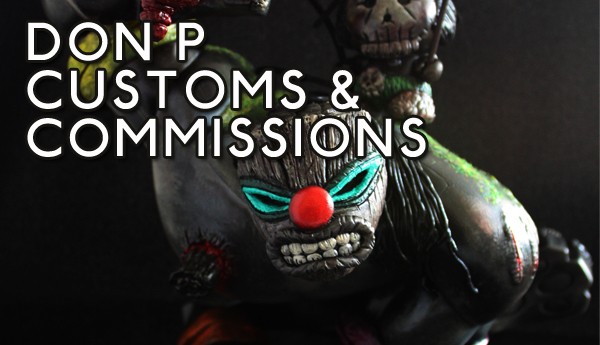 It is safe to say that Dutch artist Don P has been rather busy over the last few months. He sent over to The Toy Chronicle his latest custom & commissioned work, which we thought deserved to be shared – it is some high quality work, which you will see below. 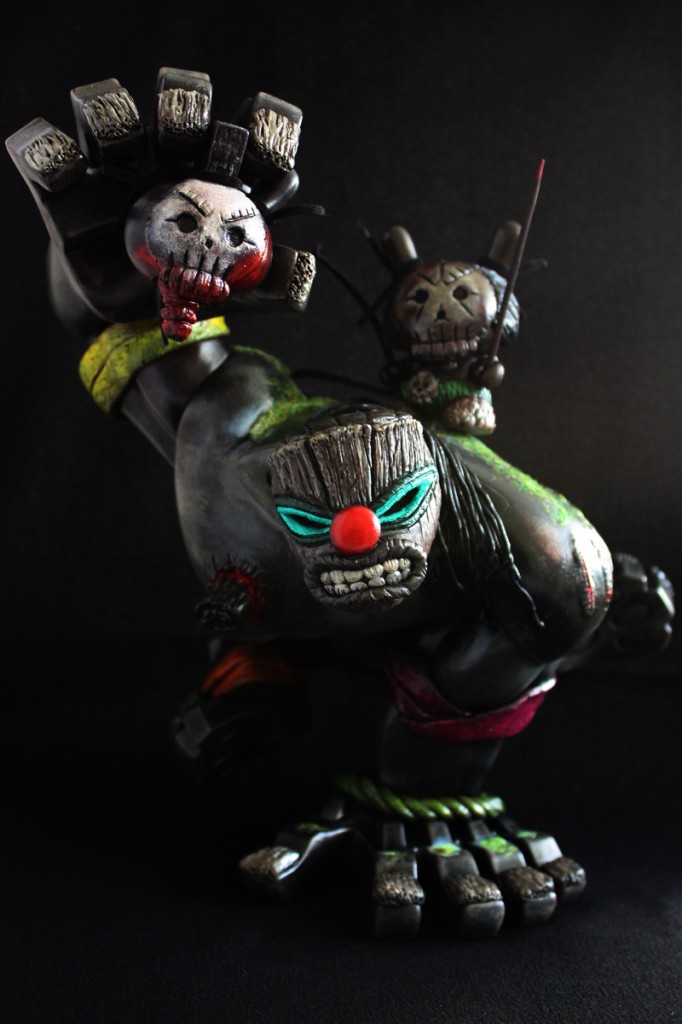 Sticking with his Tiki theme, Don P was commissioned to create a custom Kidrobot FatCap, named ROFL the Tiki Clown! 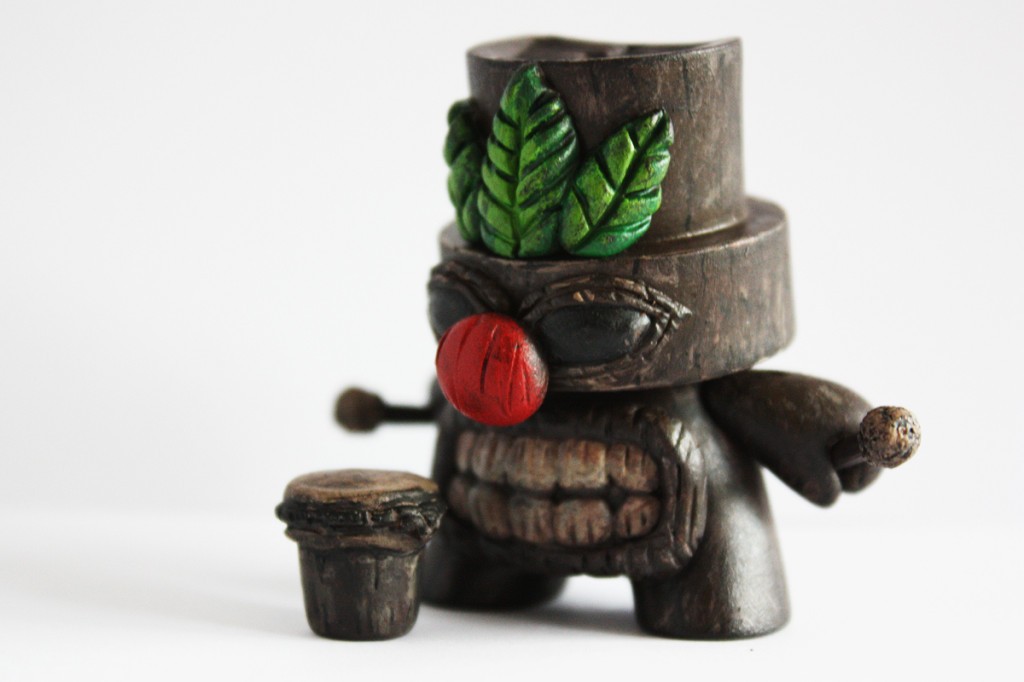 Don P will be part of the previously mentioned ToyHeist Custom show that starts in Amsterdam tomorrow. Don P will have three pieces on show here. A custom Stranger (Flawtoys), as well as two custom Goons (DT Customs). 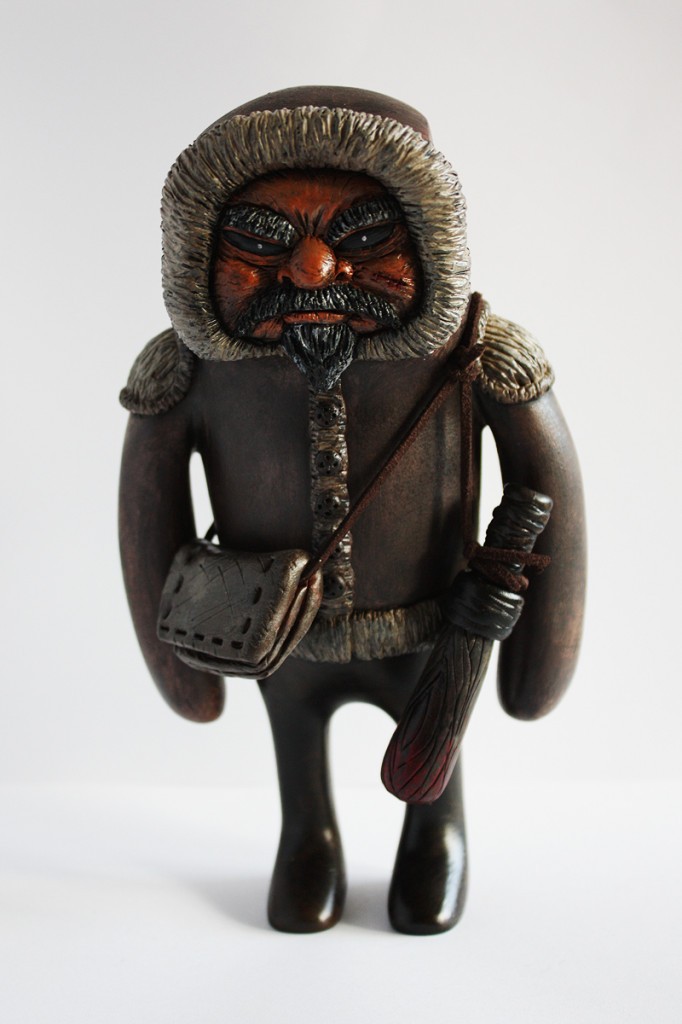 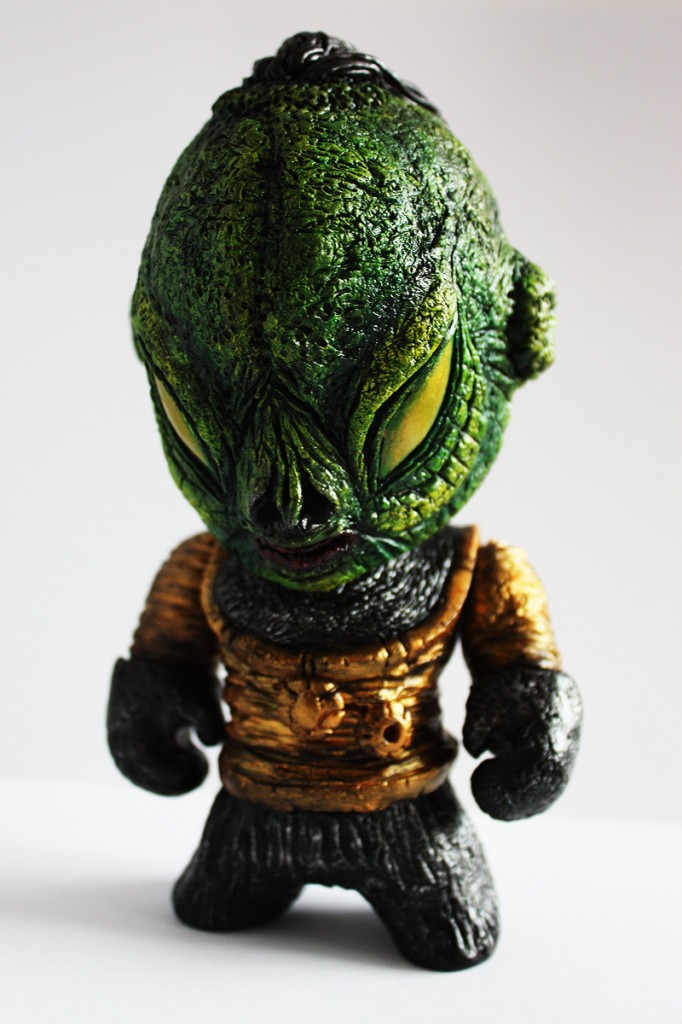 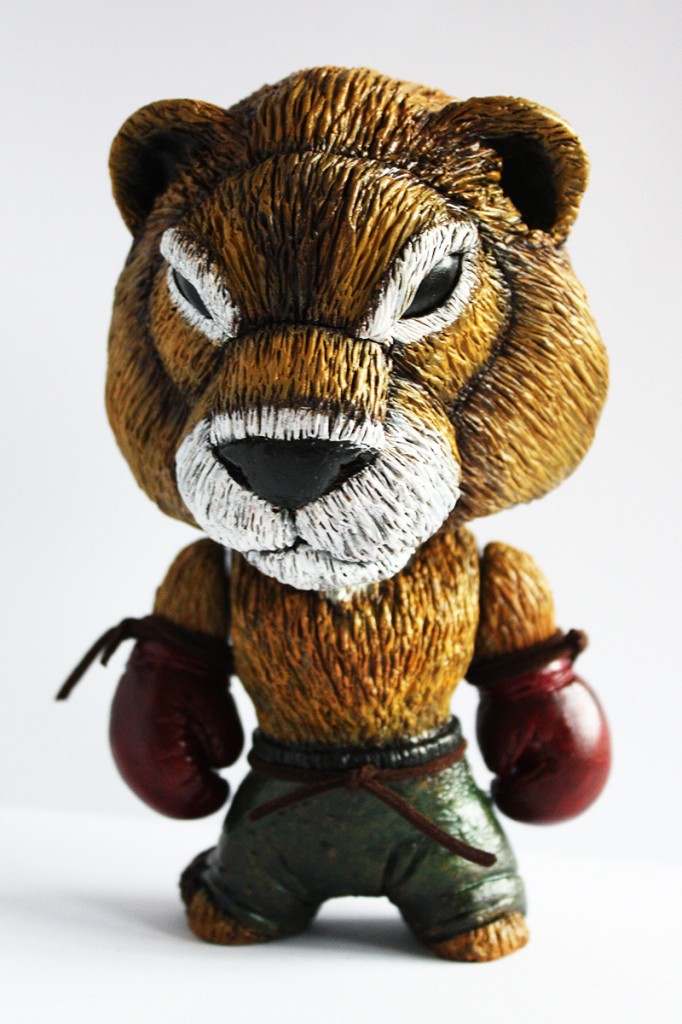 [/frame]Lemmy The Lion by Don P

Don P will also be part of the Clutter Magazine – GiftWrapped Show! Where he will be showing his custom Bellicose Bunny – The Gifted Rabbiteer! 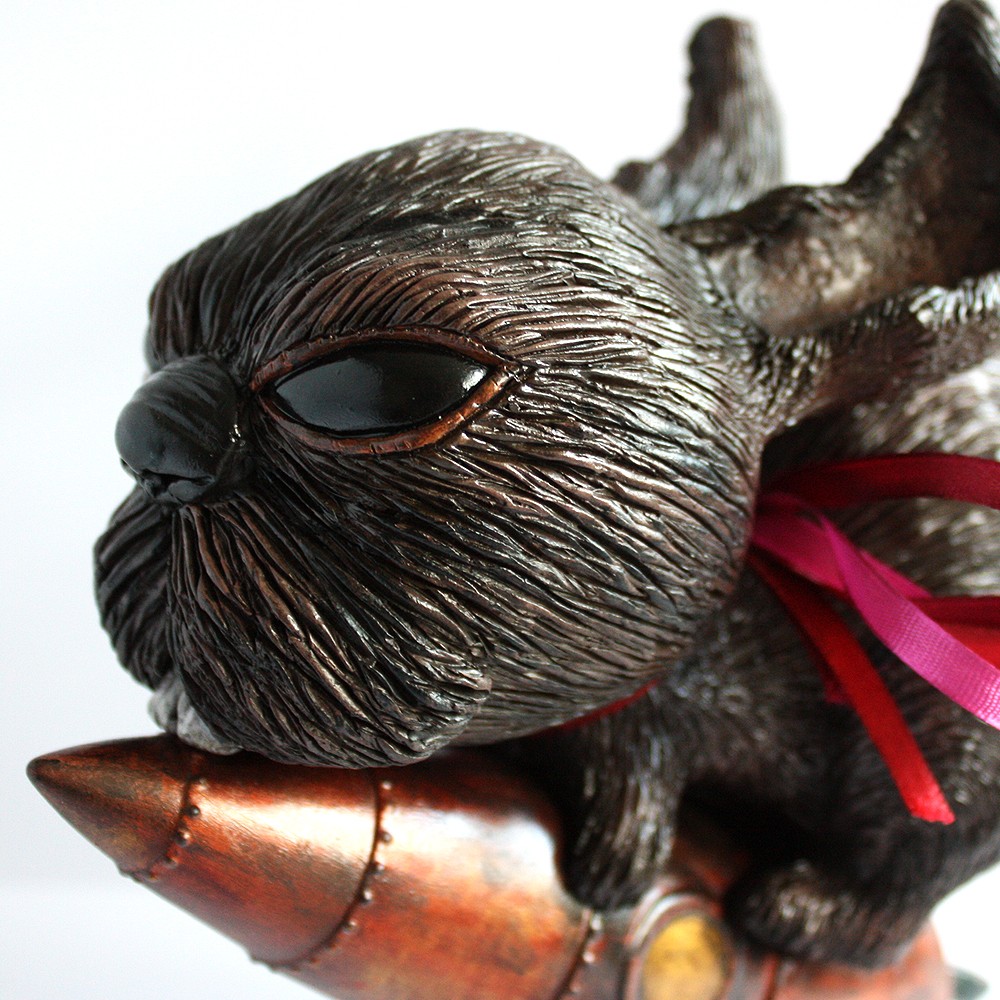 If you’re interested in any of Don P’s above work, you should definitely check out his other work at the below links: