From the designer who brought you “Johnny Paint Me, Mother Fucker” , Emilio Subirá is back with something brand spanking new. Meet KENDA-MAN  an 17cms tall resin sculpture that is kind of a take on the traditional Japanese toy, the Kendama.

“Kendama (??? , also written as ?? and ??) is a traditional Japanese toy. The ken has three cups and a spike which fits into the hole in the ball. Basic kendama tricks consist of catching the ball in the cups and on the spike. More advanced tricks such as the airplane require you to hold the ball and land the spike in the hole on the ball.” -wikipedia.org 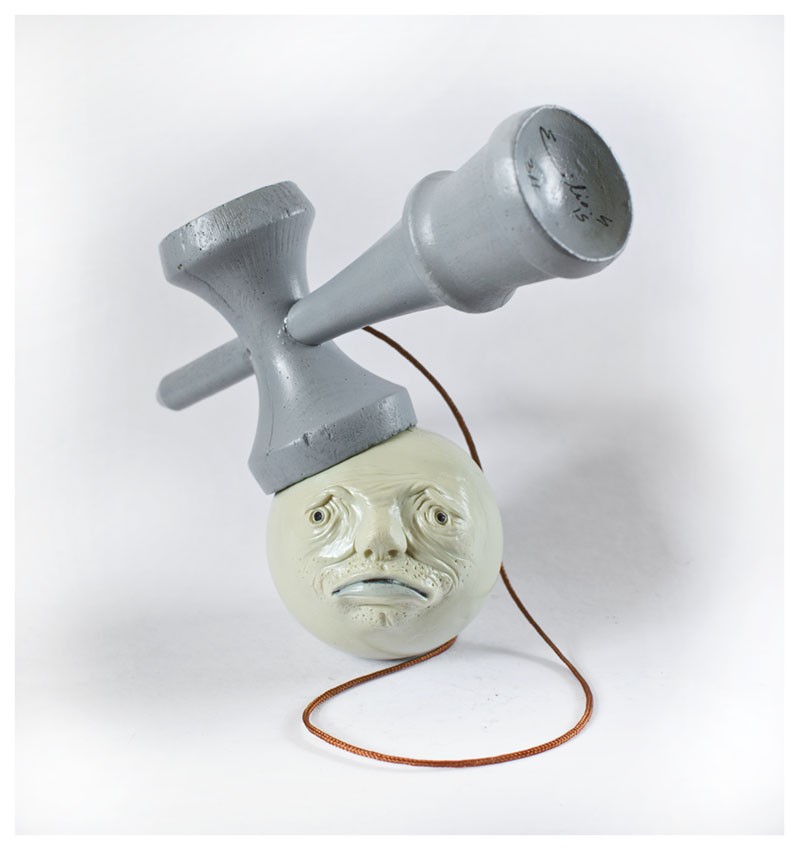 We do love the idea and the face sculpt that Emilio has done is on point. Not a happy chap but would you be if you was used and abused.

Emilio’s new character is limited edition of 3 in grey scale colour with a cooper colour rope. All self produced one by one, KENDA-MAN comes with a hand made packaging silkscreened on 370 gr. Watercolour paper that is all made by Emilio himself.

Each Piece is signed and numbered and now available at http://emiliosubira.storenvy.com/ for the price of $89, around £56.