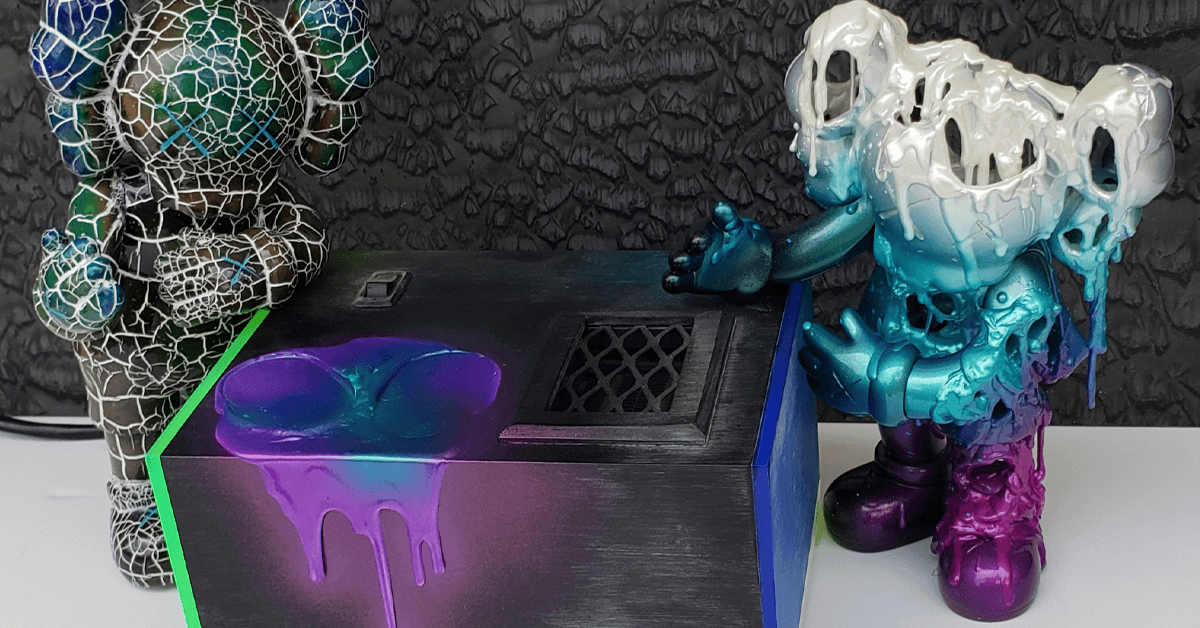 From humble beginnings, come great things! Mr Mars Studio has been teaming up with guys at Naptime Noah and Robair to create a collab that brings together all three styles into one outrageous commissioned custom. Mr Mars goes into greater detail on the background for this piece below, but the general gist is that working on the KAWS Together art piece, Mr Mars, Naptime Noah & Robair worked on bringing this extraordinary piece to life. Check it out below!

In the art world I’m known as Mr Mars, I’m an airbrush and graffiti artist and also design my own custom toys. Last year I was contacted by a great collector named Jimi, asking if I can make his custom KAWS idea come to life with the help of another artist named Naptime Noah.

Jimi’s vision was to have KAWS Together companions customized in a way where when they hug, one gives life to the other. He wanted to express how one helping another can give life. In order to do this, I needed to customize one of them and the other would be done by Noah. Noah uses a thermal paint which varies in color due to temperature change. Once the pieces came “Together” Noah’s piece would instantly start to change colors, becoming full of life.

Since this was a little bit out of my skill set, I approached another artist and friend named Bob Schmitt AKA Robair. He has a background in engineering, so I asked if he would be interested in joining in on the collaboration. After testing a few different concepts, he designed a custom made box that would blow hot air onto Naptime Noah’s piece, causing it to change colors in a matter of seconds. How this works is, as you put the two pieces together, Noah’s piece would activate a switch installed on the top of the box. The switch then activates a built in heater and fan, which blows hot air onto Noah’s piece. He even added LED lights to the box to give it a cool look. Robair said he was excited to see his box come to life because of all the interesting challenges involved in the project.

Once I received the base unit back from Robair, I added my own artistic flair to it by doing some drips and adding a bit of color. I also “melted” my half of the together piece and painted it in my style. After I was done, I contacted a guy named Johnny at Homefield productions to see if he could shoot a video and take some pictures. I felt as if we had a video explainig the piece, it would really bring this custom to life.

I am extremely happy with how this project turned out and even more happy with bringing my clients vision to life. He told me it was better than anything he could have imagined and that really hit home for me. I can’t wait to see what the future holds for us and work on more art!

You can check out the short video that the guys put together for this custom piece.