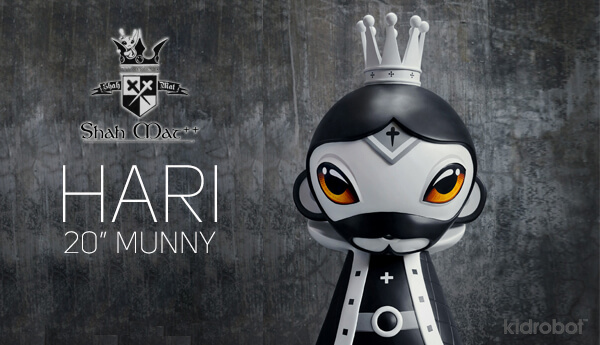 Sunday is a blessing when Otto Bjornik has anything to do with it. Otto Bjornik yet again amazes us and most definitely the collector who owns this huge 20″ custom Kidrobot Munny! When Otto sent in the final photos of this glorious custom we tried our damn hardest to find something we didn’t like about it just to keep you entertained. Seriously talk about precision lines, surgeons would be proud. 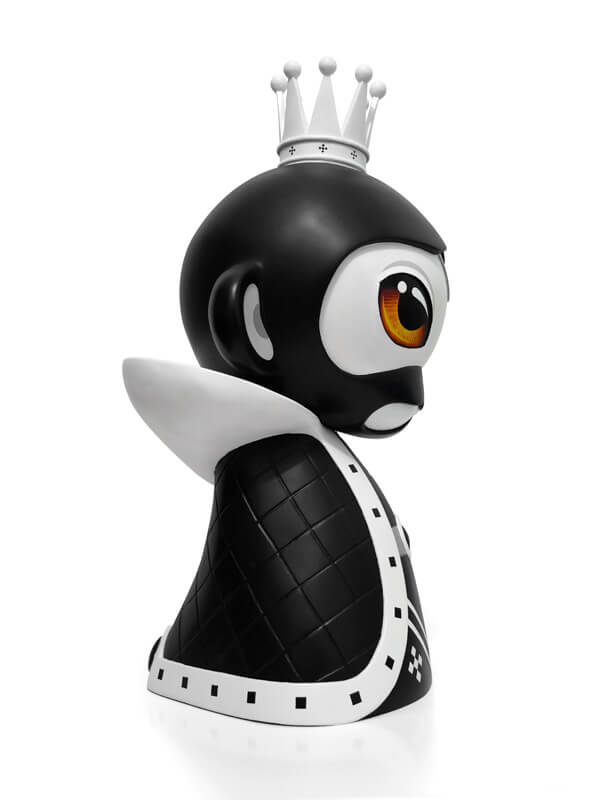 I started this four months ago. After countless hours of sculpting and sanding, I came up with the Hari(king) Munny that now stands 2 feet tall from base to top of the crown. 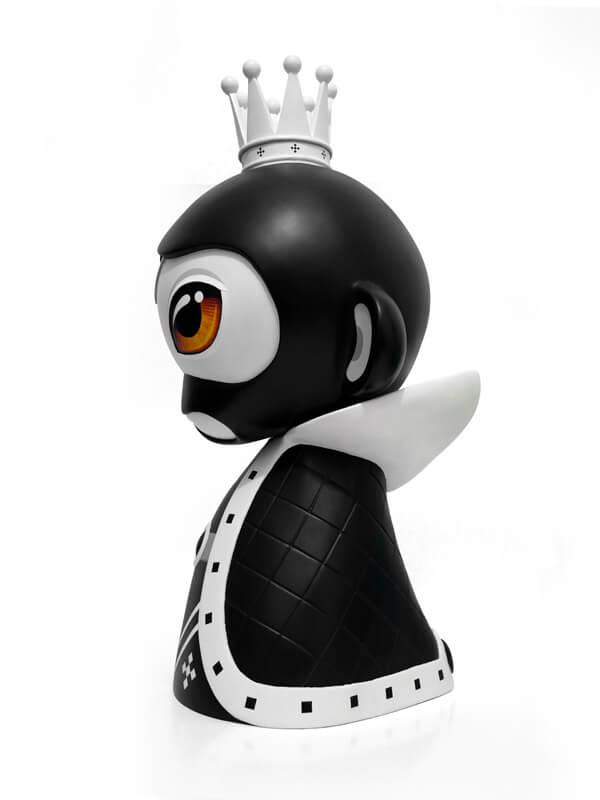 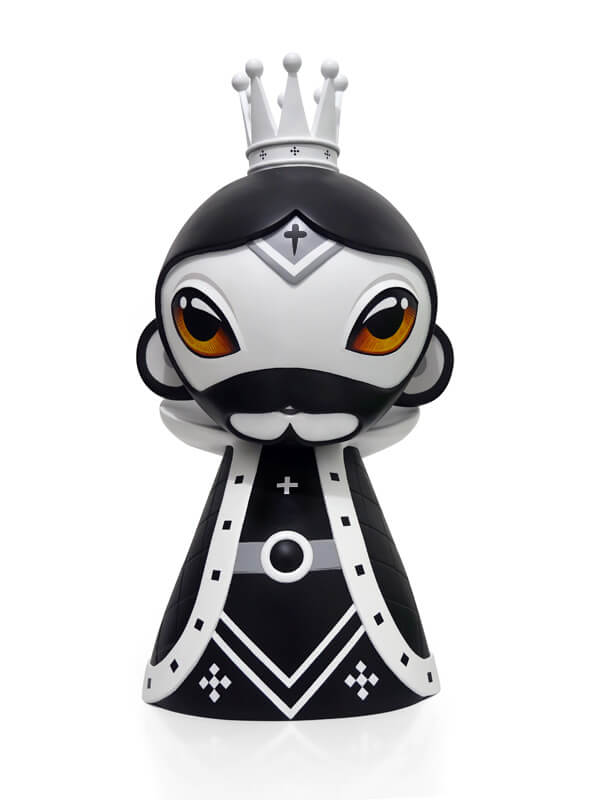 One thing we actually didn’t like was if we owned Hari we would want the queen displayed next to him. We’re guessing the collector has that covered already. Obviously the design was from Otto’s Shah Mat series of drawings on paper which was inspired by Chess, a board game in which two opposing factions are traditionally assigned to either the white side or the black side respectively (‘Shah Mat’ is the term from which ‘Checkmate’ is derived). His fascination with the game has led him to design his own Chess set back in 2011, now a vinyl art-toy series produced by Kidrobot titled Shah Mat II.