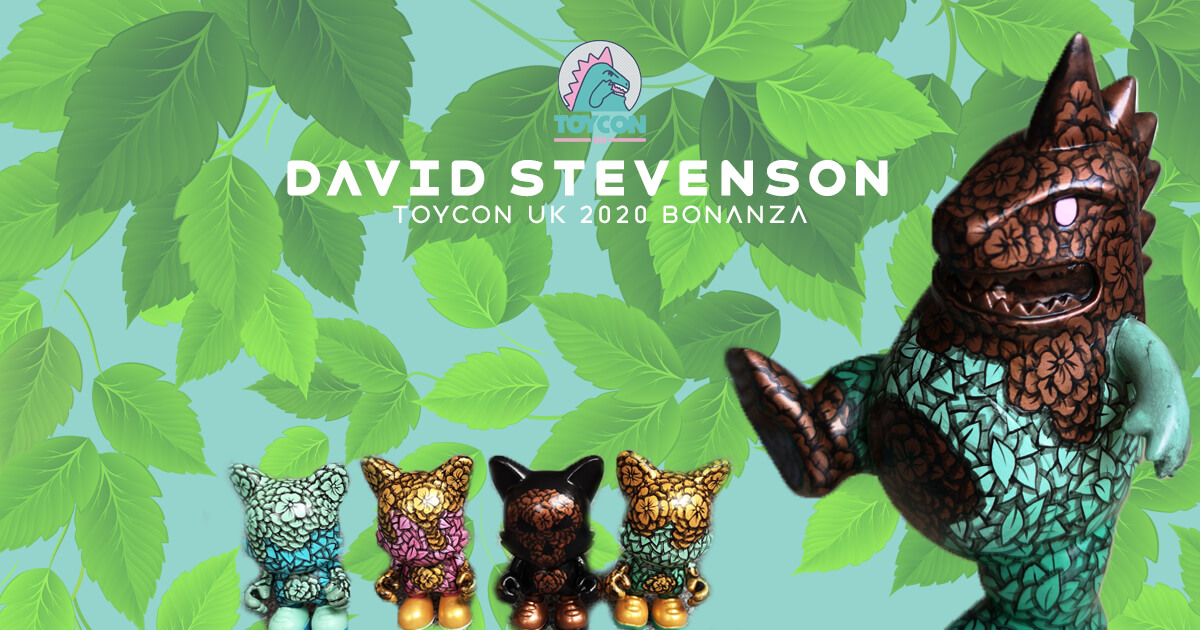 11 days until ToyCon UK 2020, ToyCon UK veteran, David Stevenson has been teasing his customs for this years ToyCon! the fact is ToyCon UK wouldn’t be the same without Davids colourful and leafy customs right? Over the last few months, we have seen his WIP photos and now it looks like a few customs have been finished. This year David will be taking a range of customs, ranging from Jankys to Bryons and Rangeas, let’s not fail to mention Davids original 2d artworks will be up for grabs too. Into Sank toy’s? David works his magic on them too.

Prices start at £50 for Jankys (limited to 6), Dunnys and some Japanese vinyl baby byron and Rangeas (limited to 4 pieces). David will have 2 x 5″ TCons for sale(£100 each), along with a 10″ GID custom David painted live at toyconuk in 2018, but has never been for sale before.

David will have work in the Birds of a Feather show on muffinmans’ booth No.22 and the Flatties 10 years of tea show on booth no. 11-12. And finally, David will have some original 2d artworks, varying in price from £50 to £400.