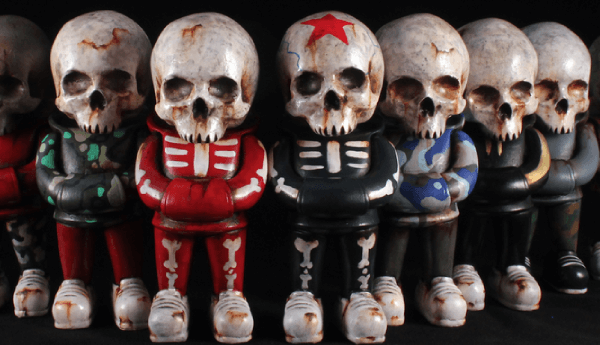 It’s always a joy when we get the chance to write about a release from Creeping Death Robot Club, not just because each & every release is always freakin’ great but because we get to blast Creeping Death by Metallica whilst we write. Today we bring you news of a new custom series that Klav has created for our enjoyment – DeathTEQ! 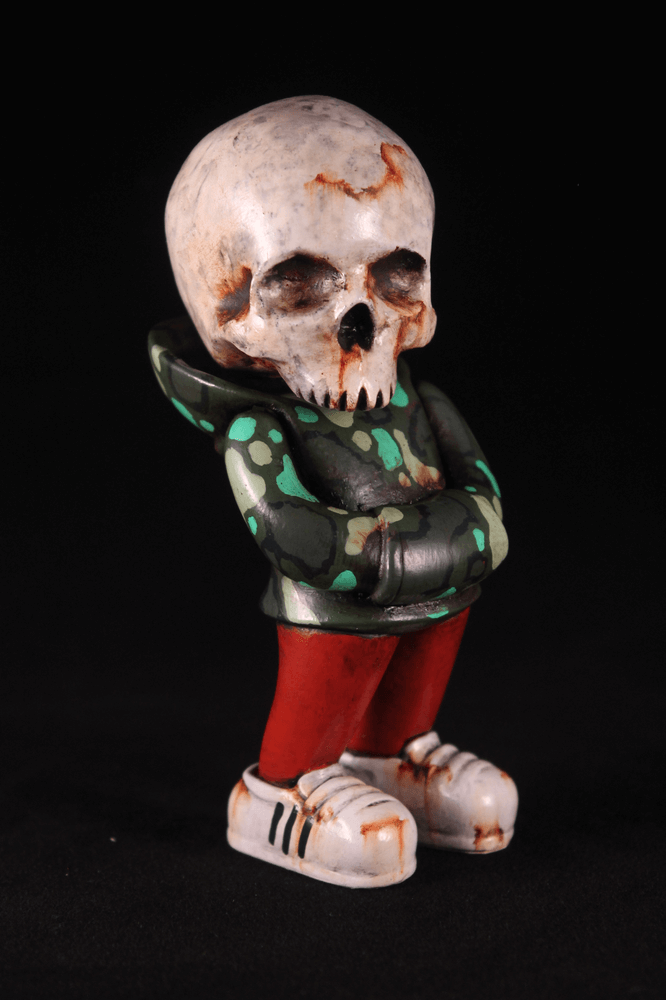 There are 10 custom DeathTEQ in this series, five of which have been previously reserved before Klav had even started painted these outstanding customs. The other five were placed on the Creeping Death Robot Club today and four have already been snapped up by eager fans of this eclectic club. The remaining Green Camo DeathTEQ is priced at $150 (£115) and can be purchased HERE. Don’t hang around if you’re interested in purchasing, we can imagine this custom will be snapped in super quick time.

Ever since the original Creeping Death Robot release of custom TEQ63’s from Martian Toys & Quiccs in February, Klav has had a steady stream of requests from Quiccs collectors. But, the TEQ63 blanks are virtually impossible to find, so Klav started with the UKIUK blank from Martian and Gorgocho, which uses the same body of the TEQ63. The hand sculpted skulls are cast in resin and attached with a magnet so they pivot.

Go join Klav and the Creeping Death Robot Club on Instagram HERE so that you get to see what Klav is working on and stand a better chance of owning one of these awesome customs in the future. Go straight to the source of awesome!