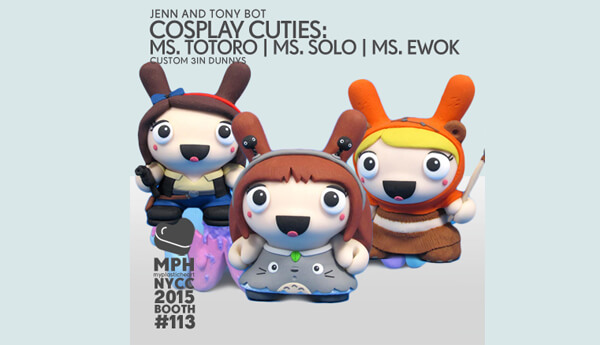 Our artist spotlight artist Jenn and Tony Bot, have a host of lovely and super cut custom Kidrobot vinyl Dunnys, at Myplasticheart booth at New York Comic Con 2015. Every Convention has to have cosplay right? well Jenn and Tony Bot have just done exactly that. Dunny all get dressed up as Han Solo , Totoro and Ewok, super CUTE!

“Convention season means Cosplay time! Customizers Jenn and Tony Bot has turned some of their favorite pop culture figures into cute mini Cosplay Dunnies! Each custom is one of a kind and made exclusively for myplasticheart during New York Comic Con.” 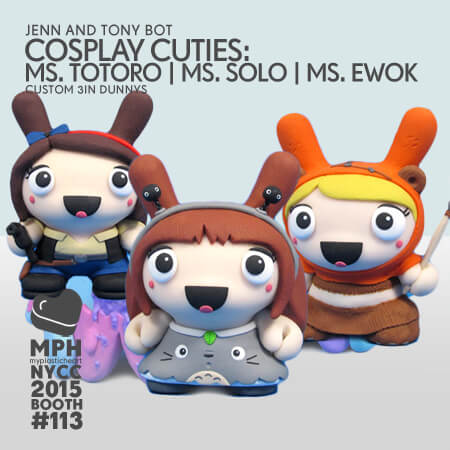 You can pick one up for $140 each at myplasticheart booth #113 during NYCC. 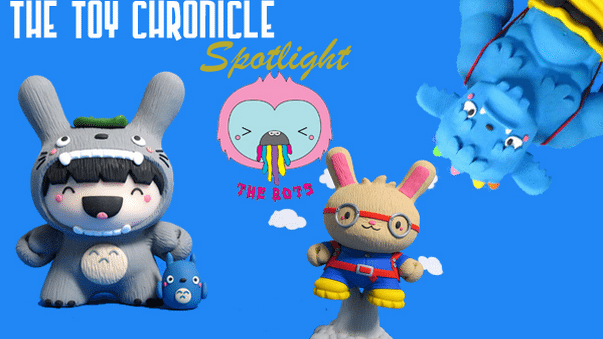 The Bots social media sites and get a custom Via