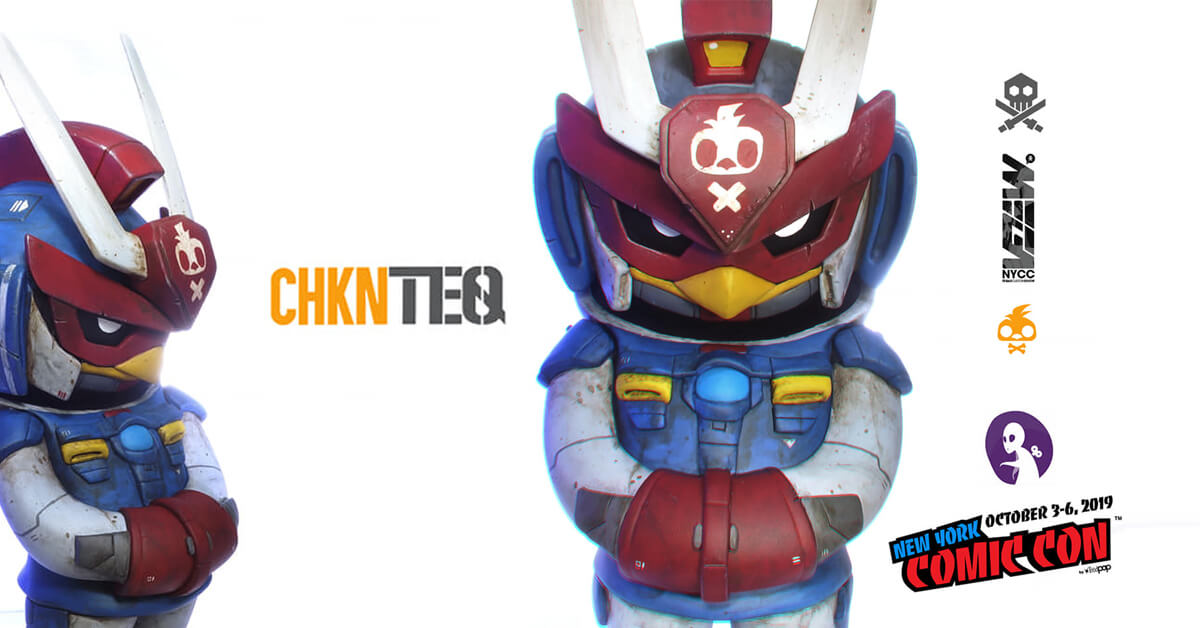 The one that got away from KFC or should we say Jollibee! The mastermind behind this awesome custom MEGA TEQ is the one and only CrEon Chkn! As a part of the Quiccs x Martian Toys custom MEGA TEQ show at NYCC 2019. Armoured up to the MAX with Gundam colourway CrEon showcases this sculpting and weathering skill but in keeping with the MEGA TEQ silhouette. The chicken obsessed Manila-based illustrator and designer at Evil Genius Clothing Co, Creon Chkn Head is back with a fest! Meet not MEAT, CHKNTEQ MEGA TEQ!