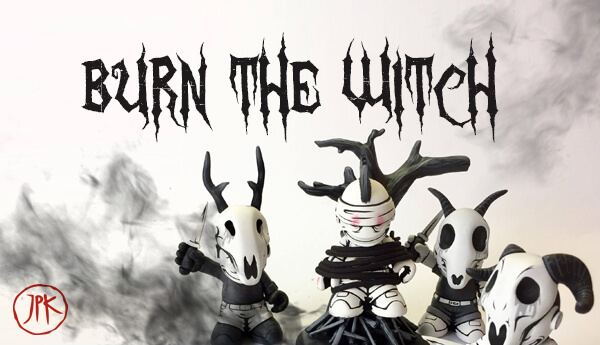 You’ve seen the teasers flying around the interwebs and today here’s Jon Paul Kaiser’s Burn The Witch custom Kidrobot (mascot Bot ) set in its full glory. Showcasing once more JPK sculpting skills and paying homage to Radiohead which was inspired by a short scene from the Radiohead video of the same name.

I took it further down the rabbit-hole; exploring the sinister rituals and insular nature of English rural villages, as seen in classic British horror movies such as The Wicker Man.

Over the past year, JPK has homed in on his shadows and working in his greys within his style and paint. In our eyes, he’s levelled up his game as his brush strokes are tighter and thinner. Need proof? look at the hair line and wood on the fire. 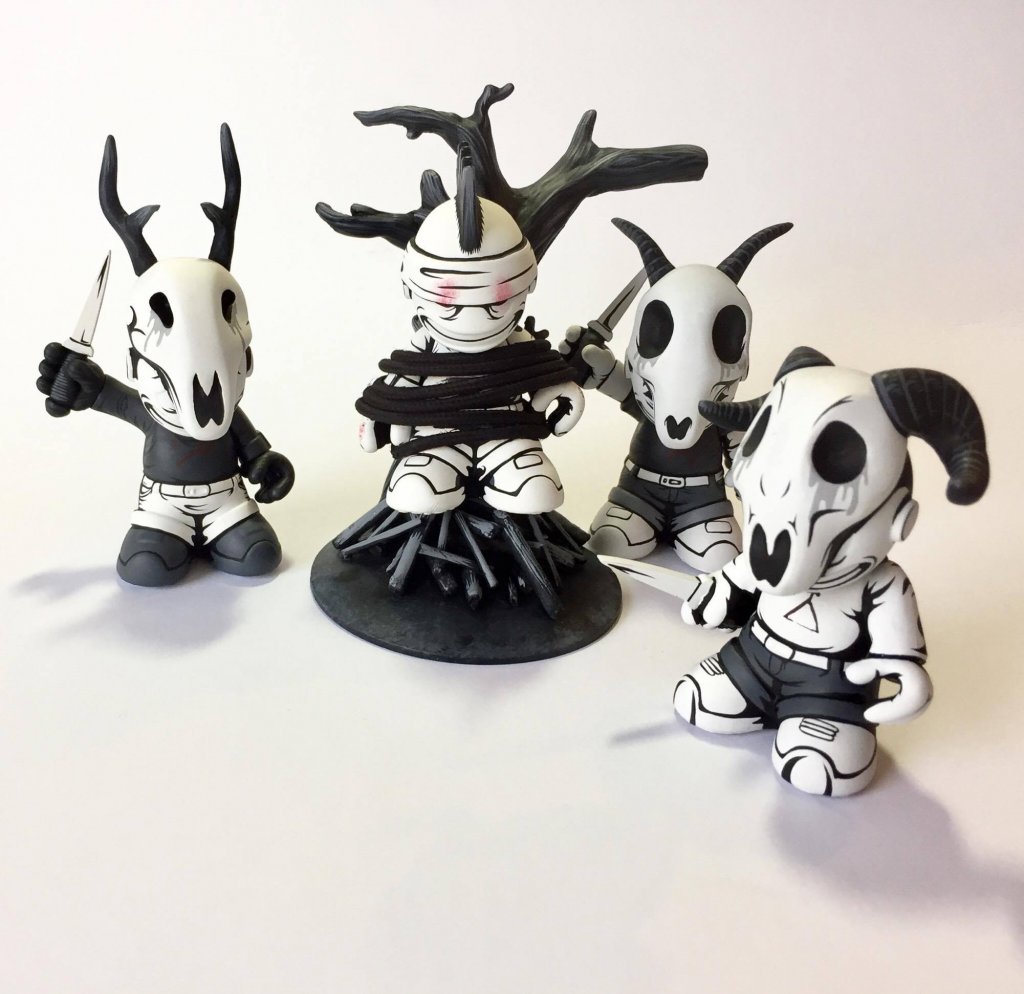