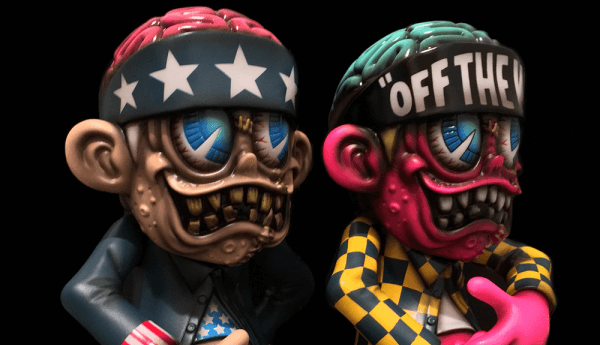 We promised, and they’ve delivered. Blackbook Toy has announced their second batch of exclusives for Five Points Festival this weekend. Following our post last week (read HERE), Blackbook Toy sent us some further information on what you can expect to find at their booth (#330) over the course of the 2-3 June weekender. 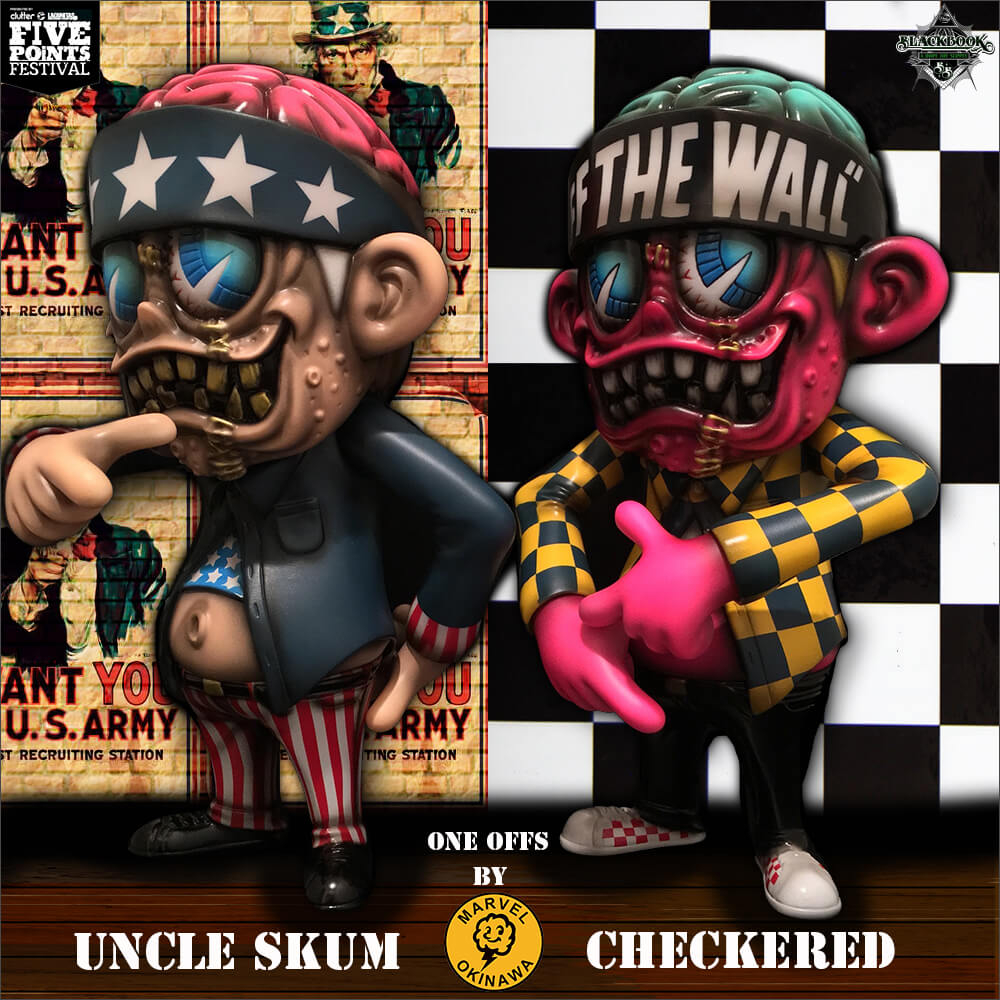 They have confirmed that they’ll have the two customs by Marvel Okinawa which are pictured above. Uncle SKUM is priced at $330 and Checkered is priced at $350. Both stand at 9inches tall. These are both one-off pieces. 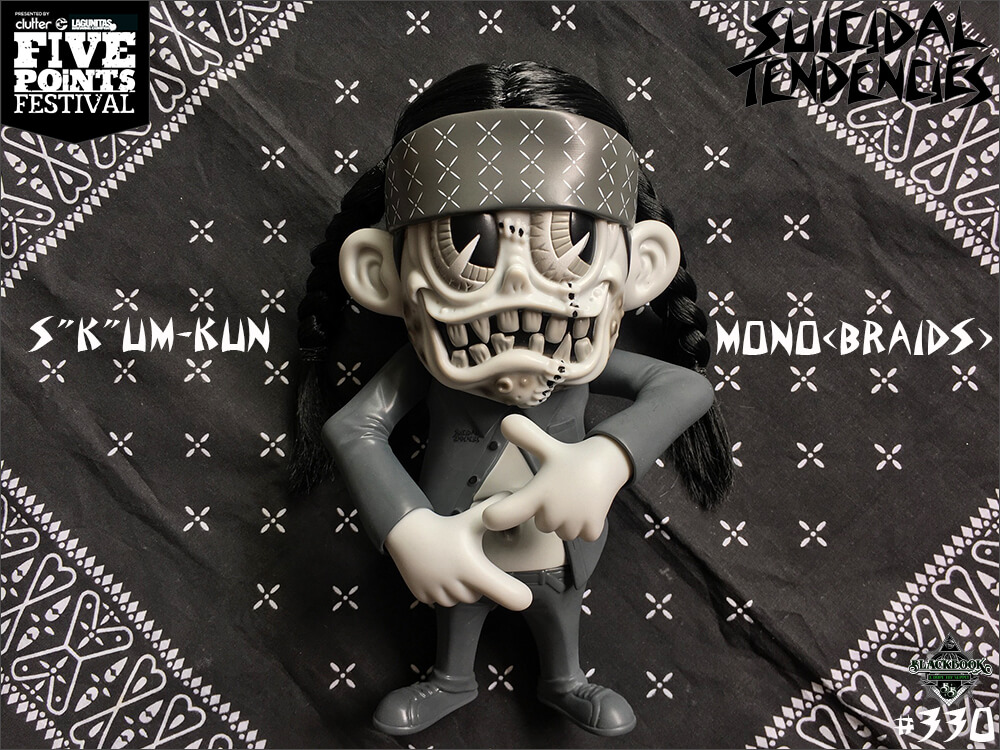 A new colourway of SKUM-kun with Suicidal Tendencies will also be available at Five Points. This special Five Points edition has got himself a new hairstyle – braids! To add to the nostalgic atmosphere, this edition has been matte-finished with four different greys. Priced at $160, you’ll be able to purchase this 9inch SKUM-kun Mono release from booth #330. 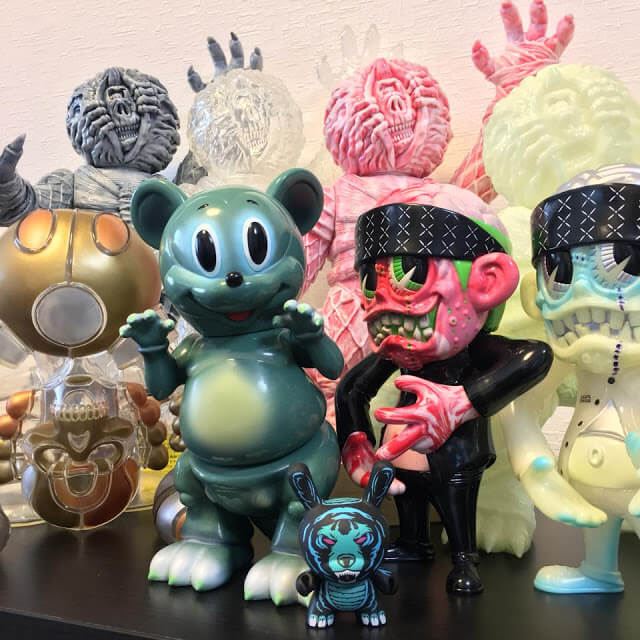 As this will be the first time that Blackbook has a booth at Five Points, they decided to bring something special with them. They’re bringing some special different production run pieces, pieces that were perhaps rejected for one reason or other, items that have been stashed away and some upcoming releases. These will all be one piece of each. So if you’re keen on grabbing something special, you’ll need to head on over to booth #330. *MISHKA Dunny for size reference. 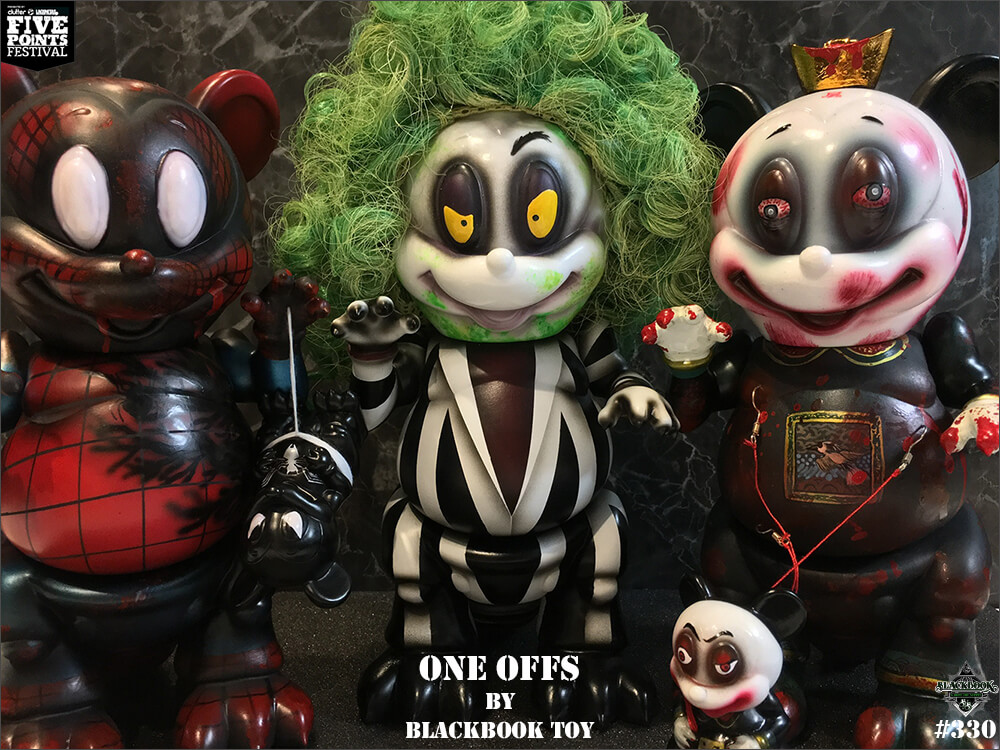 Finally, BBT will have three one-off custom paint jobs by themselves. All three are custom Mousezillas. A custom Spiderzilla with min, Beetlezilla and Jiangshizilla with mini. Priced at $490, $470 and $490 respectively.