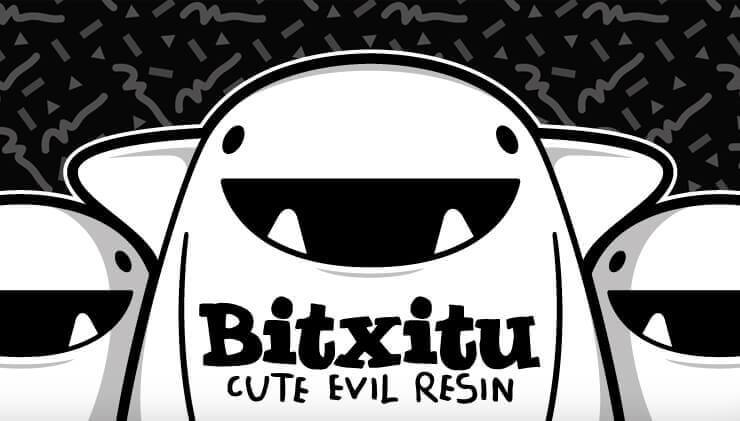 Some of you are thinking who are FGH Toys. Lets enlighten you all, FGH Toys are three customizers from Barcelona, Fluke, Godhay and HxStudios (FGH Toys) who have been establishing themselves in the custom toy scene. Now they have designed and made themselves a new platform character! “Bitxitu” FGH has created Bitxitu with the idea to have some fun in the toy scene. This is the reason why FGH have invited artist around different parts of the world to customize Bitxitu.

The list is impressive and consists of artist/customisers that we all love. Glad to see our Euro buddies included in the line up.

A part from these artists, there’ll be other customs by FGH Toys and from WIP Toys. The Bitxitu Project will be a tad different from other projects of designer toys as they will have different launches during 2016. Every Bitxitu launch will be a surprise, you won’t know which artist will launch his custom until 1 or 2 weeks before the launch date.

-The launching dates can be modified-