Today is your chance to own Haus Of Boz custom Kidrobot Dunny. Not very often we get to own one of her adoriable mistical creatures. Haus Of Boz presents Baby Zilla, HOB’s signiture sculpted eyes and those candy colours are all featured on the uber cute Baby Zilla. Baby Zilla has a sweet tooth just like us so Babay Zilla is a winner already.

A tiny roar echoes out across the city! Small dust clouds puff up into the sky, as Baby Zilla wakes up and DEMANDS a lollipop.

Believe me, you gotta give it up right away, you don’t wanna be around for this tiny titan’s terrible tantrum if she doesn’t get her candy fix! 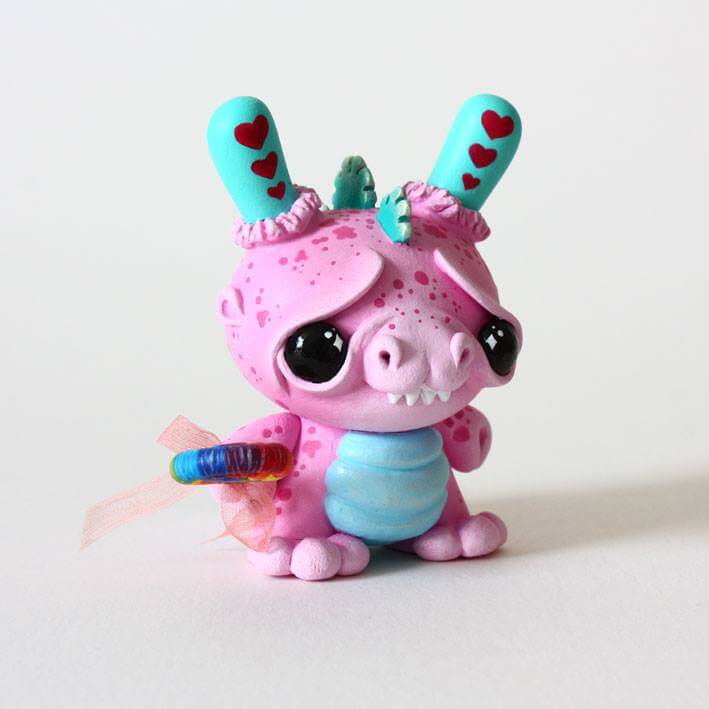 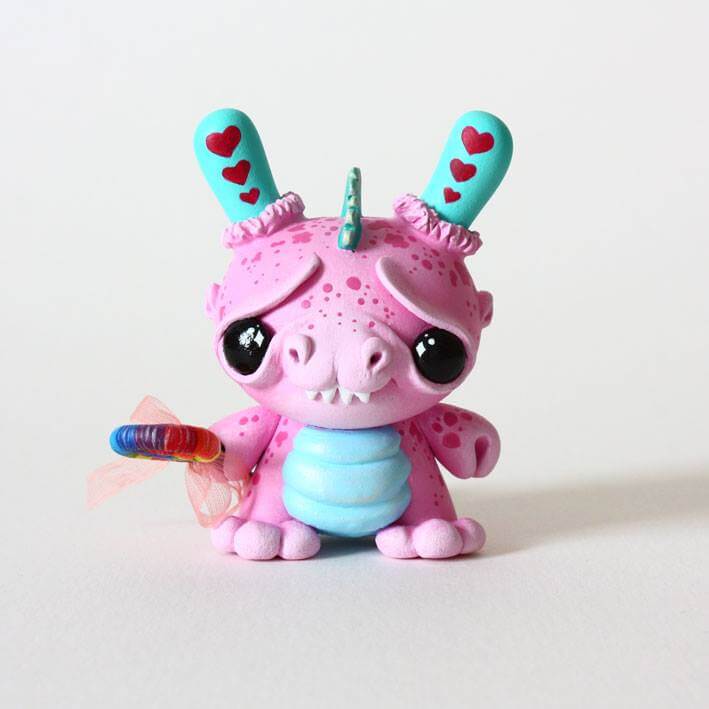 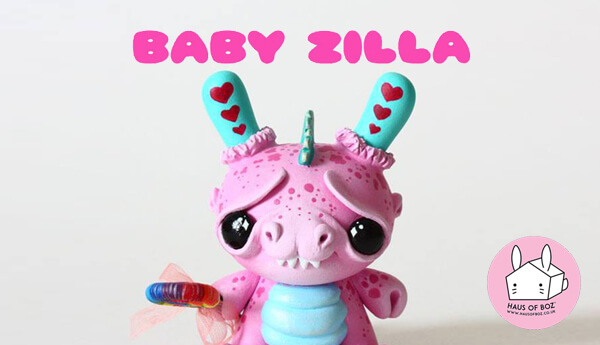 One feature that stands out the most has to be Baby Zilla’s back fin and that little tail (if you call them fin’s) time for a HOB production Kidrobot Dunny.

You can commission one for yourself through email at thelozboz@hotmail.co.uk now you can smile 🙂 if you miss this drop.