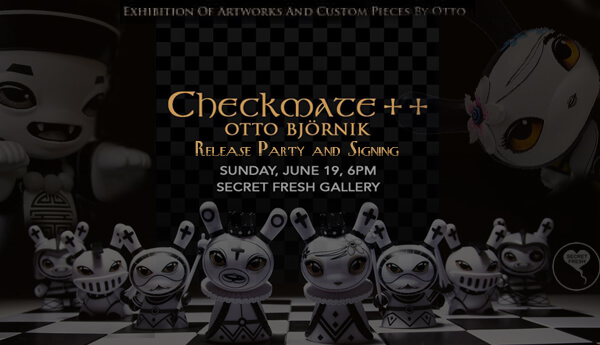 The art of Otto Bjo?rnik is a world literally of black and white. Using pen and ink, he creates intricate line drawings and weaves within them his own fairytales filled with whimsical creatures and imaginary beings. His image-making process relies heavily on the balance of the contrast between the black ink and the white paper, on playing with light and dark. This balance he also employs as he translates his world into custom toys, the paper replaced by the vinyl skin of the figures he imprints his designs on. The duality of black and white, however, does not end in the physical attributes of his medium as it extends to the subjects of his artworks. 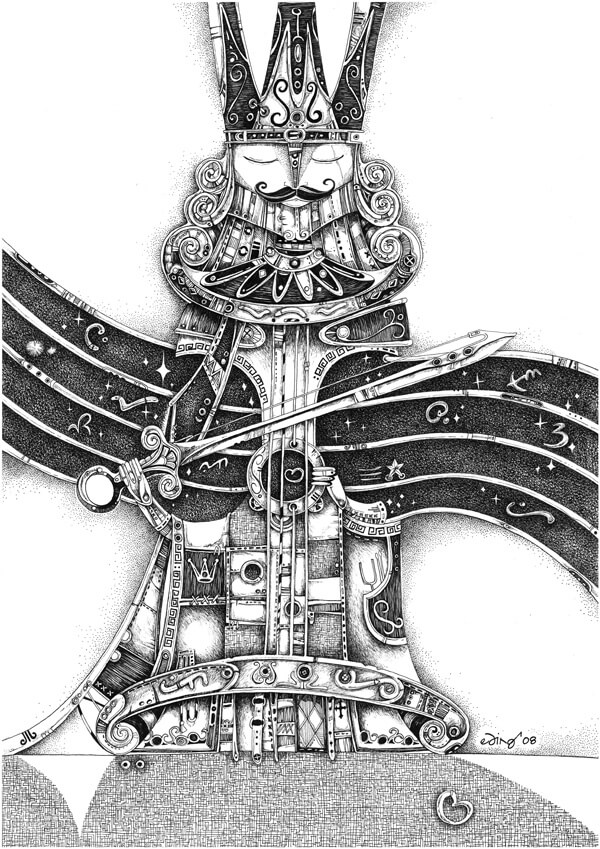 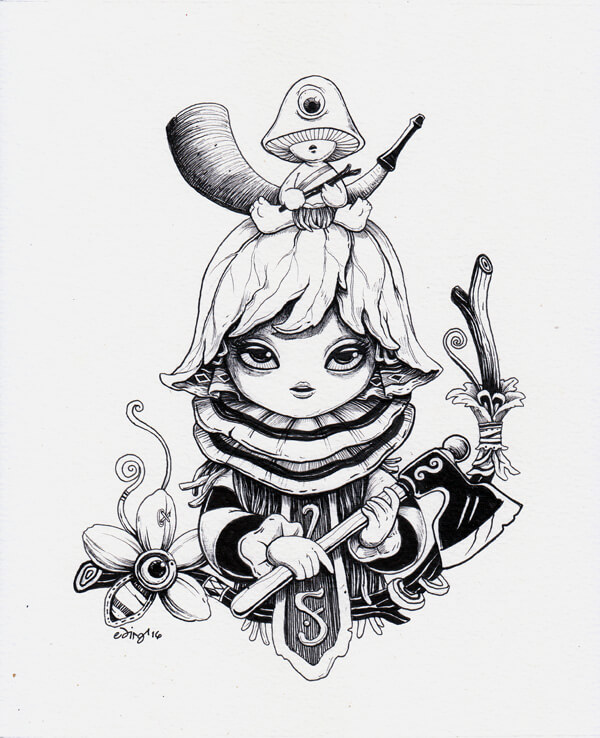 In his exhibition titled Checkmate ++, the varied works come from different series Otto has made through the years, yet still one can view them in the theme of light and dark. A part of the exhibition will be drawings from his Phosphenes series, the title referring to the visual phenomenon characterized by the experience of seeing light even if there is actually none. Also included is the Bai Chu custom toy series which is supposed to depict a cruel General cursed to become a pint-sized creature of darkness. Another series that will be exhibited is the subject of his most recent series of drawings and custom toys–the Wood Elves, which in popular folklore can either be of the light (kind) or dark (mischievous) persuasion. 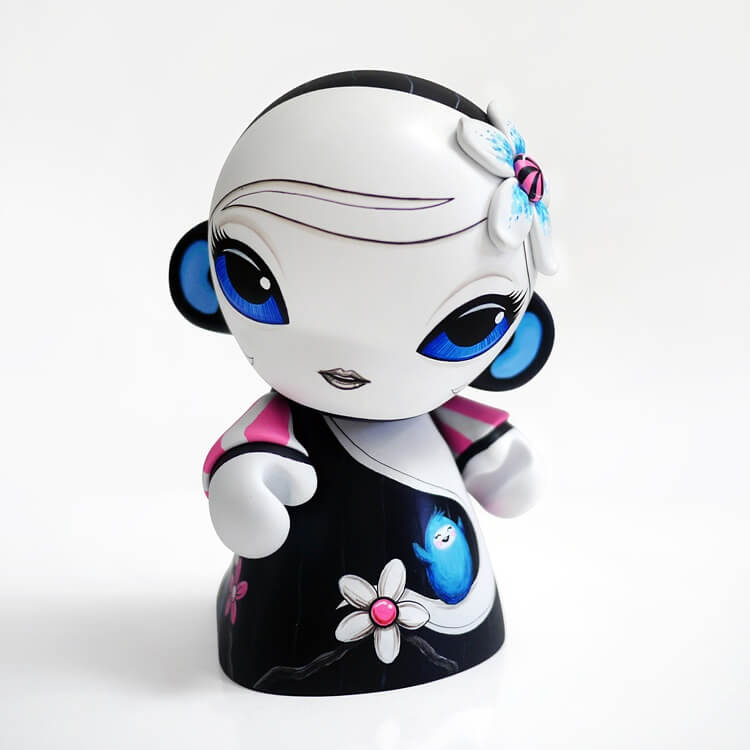 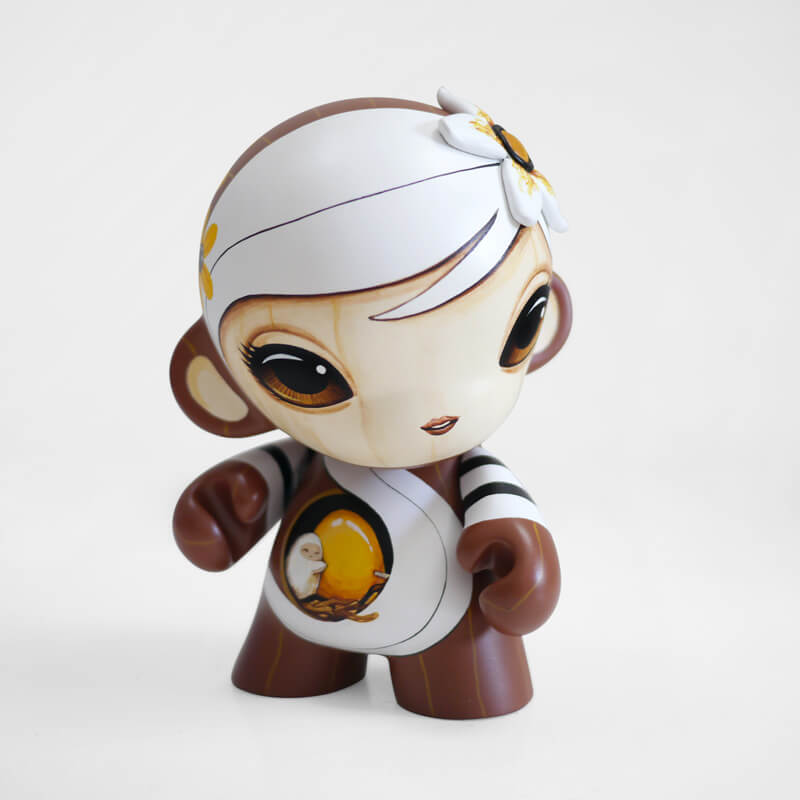 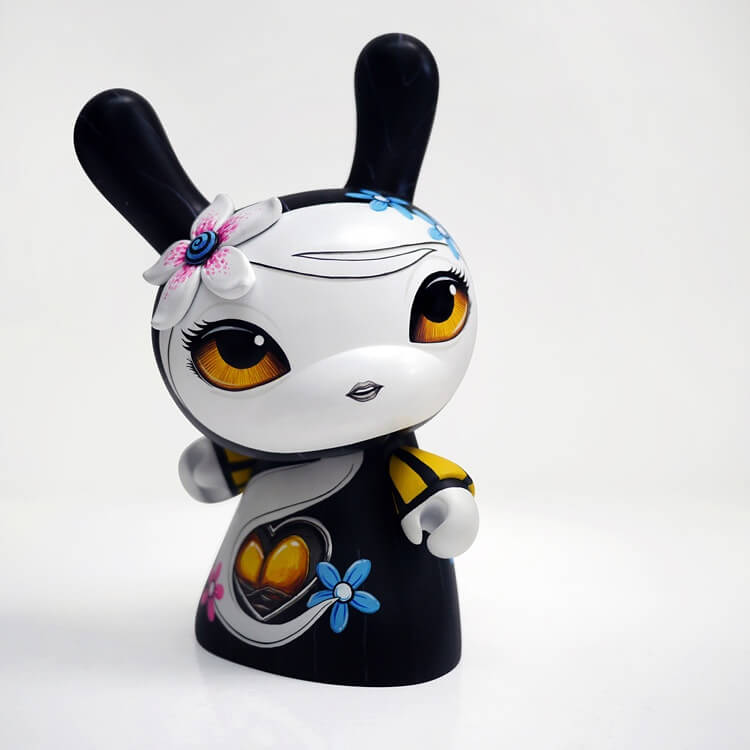 Finally, Otto’s Shah Mat series of drawings on paper which was inspired by Chess, a board game in which two opposing factions are traditionally assigned to either the white side or the black side respectively (‘Shah Mat’ is the term from which ‘Checkmate’ is derived). His fascination with the game has led him to design his own Chess set back in 2011, now a vinyl art-toy series produced by Kidrobot titled Shah Mat II: The Great Sartorial Conundrum which will be released world-wide on June 10. The series will have three variations: the complete chess set, the blind box series, and the 20-inch Reyna dunny.

Checkmate ++ is Otto Bjo?rnik’s first solo exhibition and will open at Secret Fresh Gallery on June 19, 6pm. This will coincide with the release and signing party of the Shah Mat dunny series.

Not just Dunnys and Munnys one of our favourates from Bjo?rnik “Bai Chu Pu-ti” in dapper in black and white! lovley colourway for sure. See him on the 19th. 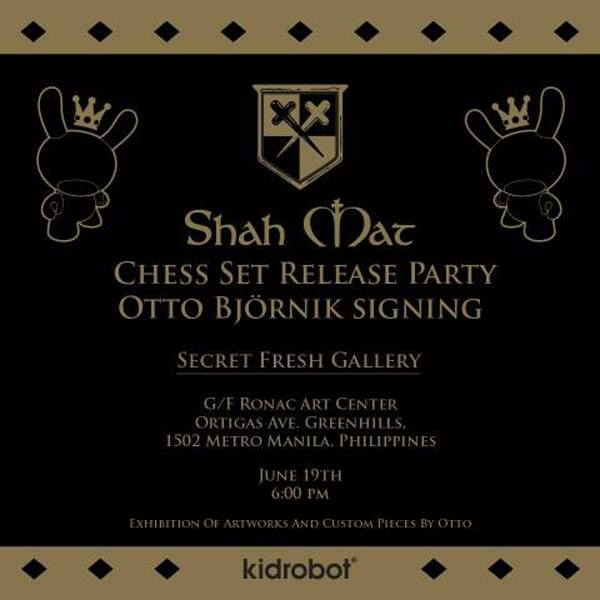