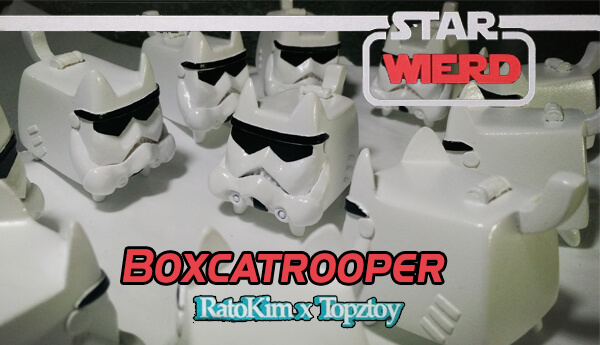 Rato Kim’s Boxcat gone ROGUE! the custom run was done by Thailand’s Topz Toy a continuation of his ‘Star Wierd’ series! Dark side has taken the form of Boxcat. Can you imagine Stormtrooper having Boxcatrooper as a pet, would be pretty funny. 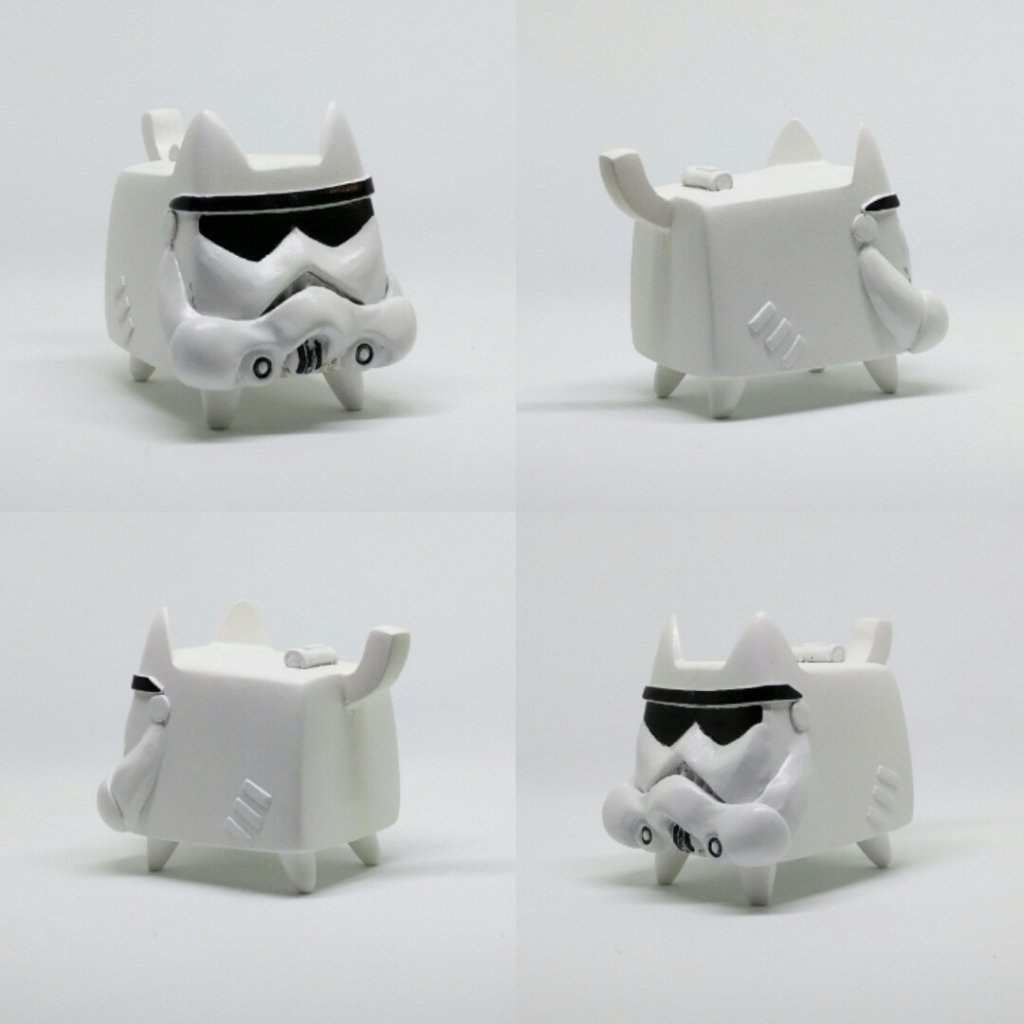 TopzToys made a full resin run “Boxcatrooper” for Rato Kim’s show which is set to be in South Korea January 12th, 2017 at the Ririn & Deli 리리앤델리 Gallery which will include customs from host of other artists from around the world as well as Boxcattrooper and many many more new art toys from Rato Kim 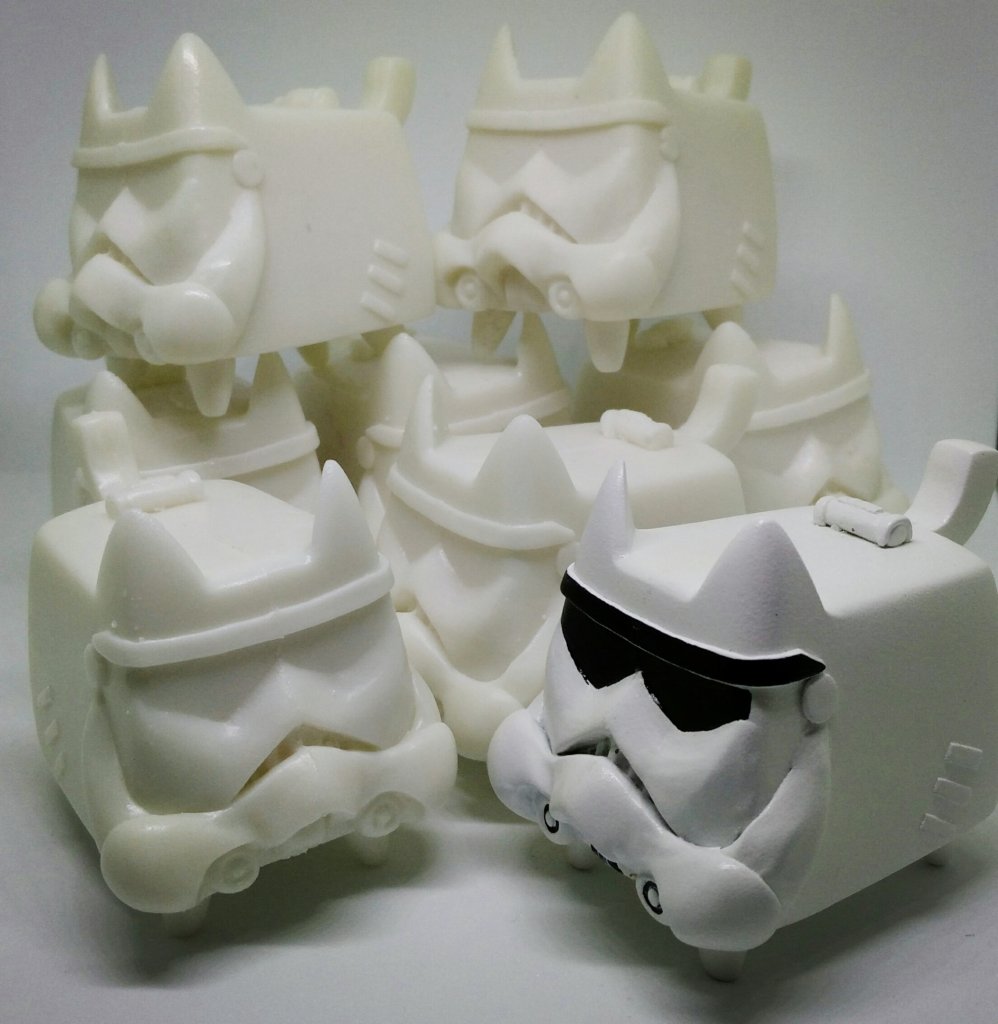 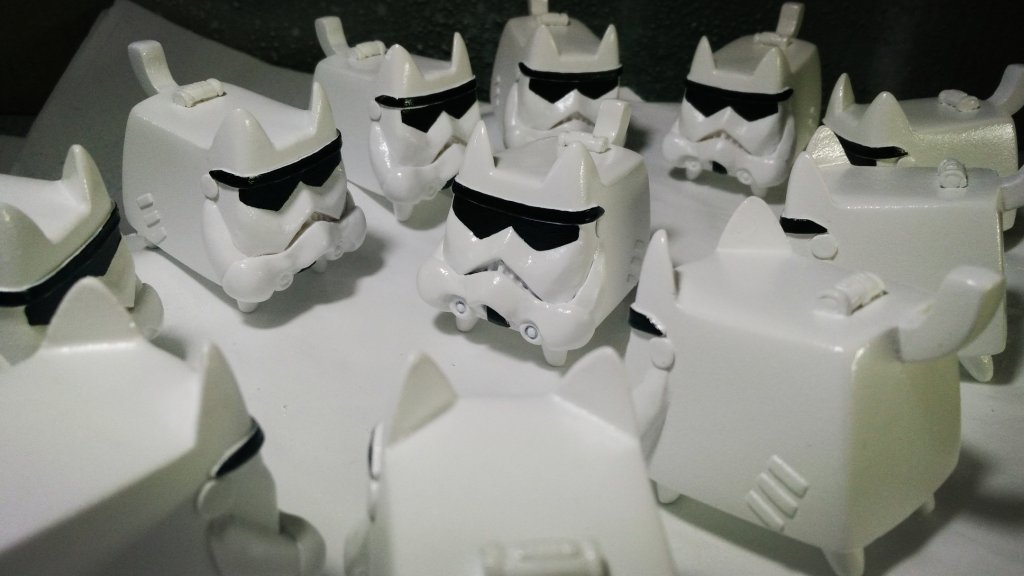 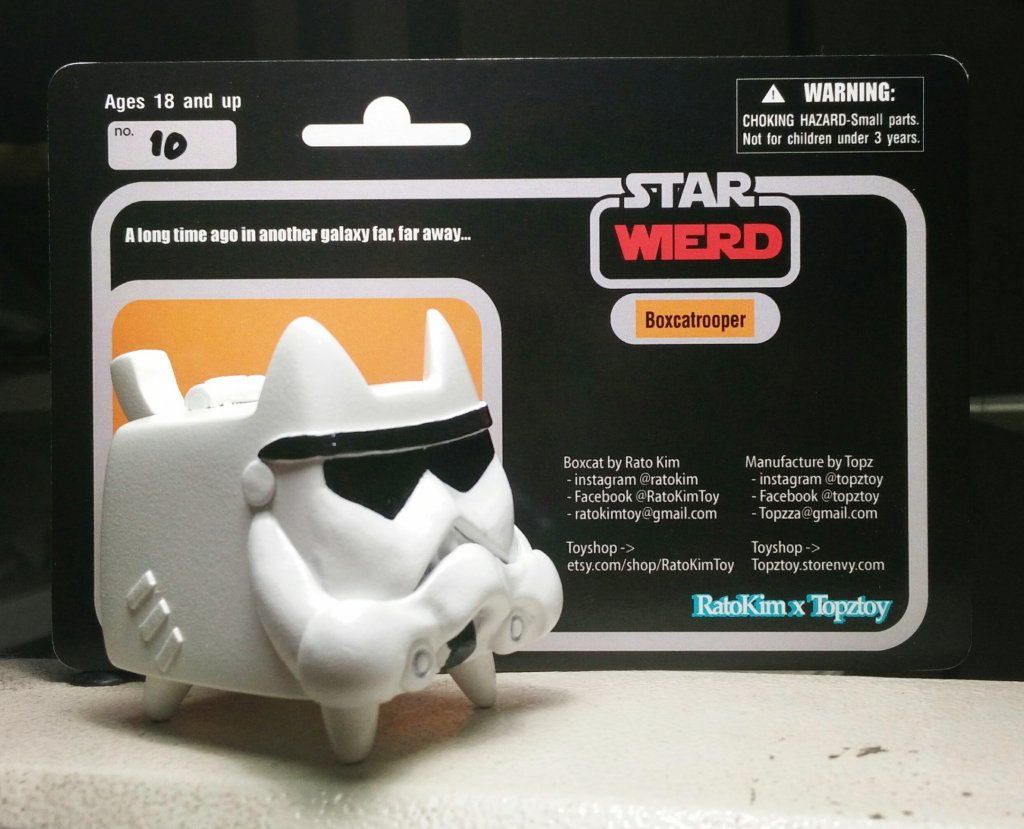 Limited to 10 and already flying to South Korea for the show. We are guessing TopzToy has sent Boxcatroopers on first class seats on the Star Destroyer. Stay tuned for more info on Rato Kim’s show and pricing plus how to own these.