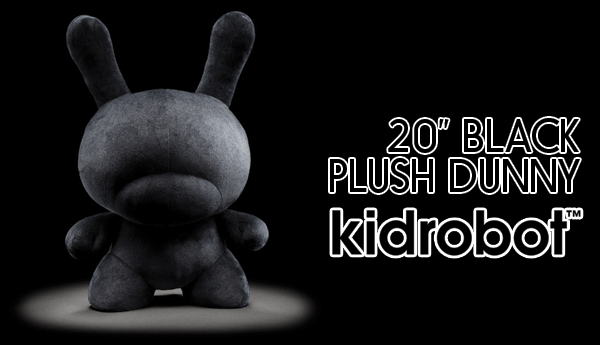 How to make the Kidrobot Dunny even more loveable… give it a Plush makeover! Now we know Kidrobot had previously released a White 20″ Plush Dunny late last year, but today they’ve announced a Blacked Out version. Again, available in 20inch, this super cuddly Dunny version would look pretty sweet in TTC HQ. We’re sure Bella the Cat would make it his new home. Available to purchase now at the Kidrobot store HERE for $75/£59. No mention of limits but it’s likely to be 200 similar to the White 20″ Dunny Plush that was released. The Plush Dunny is weighted in the feet, to ensure it keeps its upright stance. Do you think we’ll ever see someone take on customising these Plush versions of the iconic Dunny platform? Would be interesting to see!