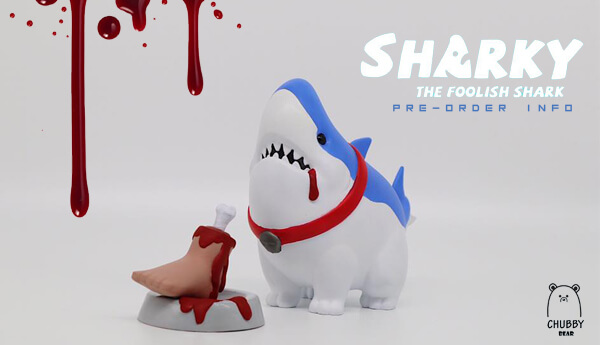 Here it is ladies and gentlemen, Sharky the foolish shark by Chubby Bear resin toy official release time and date. If you’ve been waiting for the official release time like us Chubby Bear have finally announced it. The awesome SHARKY The Foolish Shark By CHUBBY BEAR STUDIO that we showed you over a few months now. Like we said before, there’s no arguing over the past couple of years an increase of shark-related designer toys has been released. But the talented folks at Chubby Bear has something a cute and a tad sinister, meet Sharky The Foolish Shark! WE did say before its “Pretty cool design, minus the base (personal preference)” and from the finished version photos it looks like the base had gone! Or it could be removable. We’d be damned taking SHARKY for walks in the park. 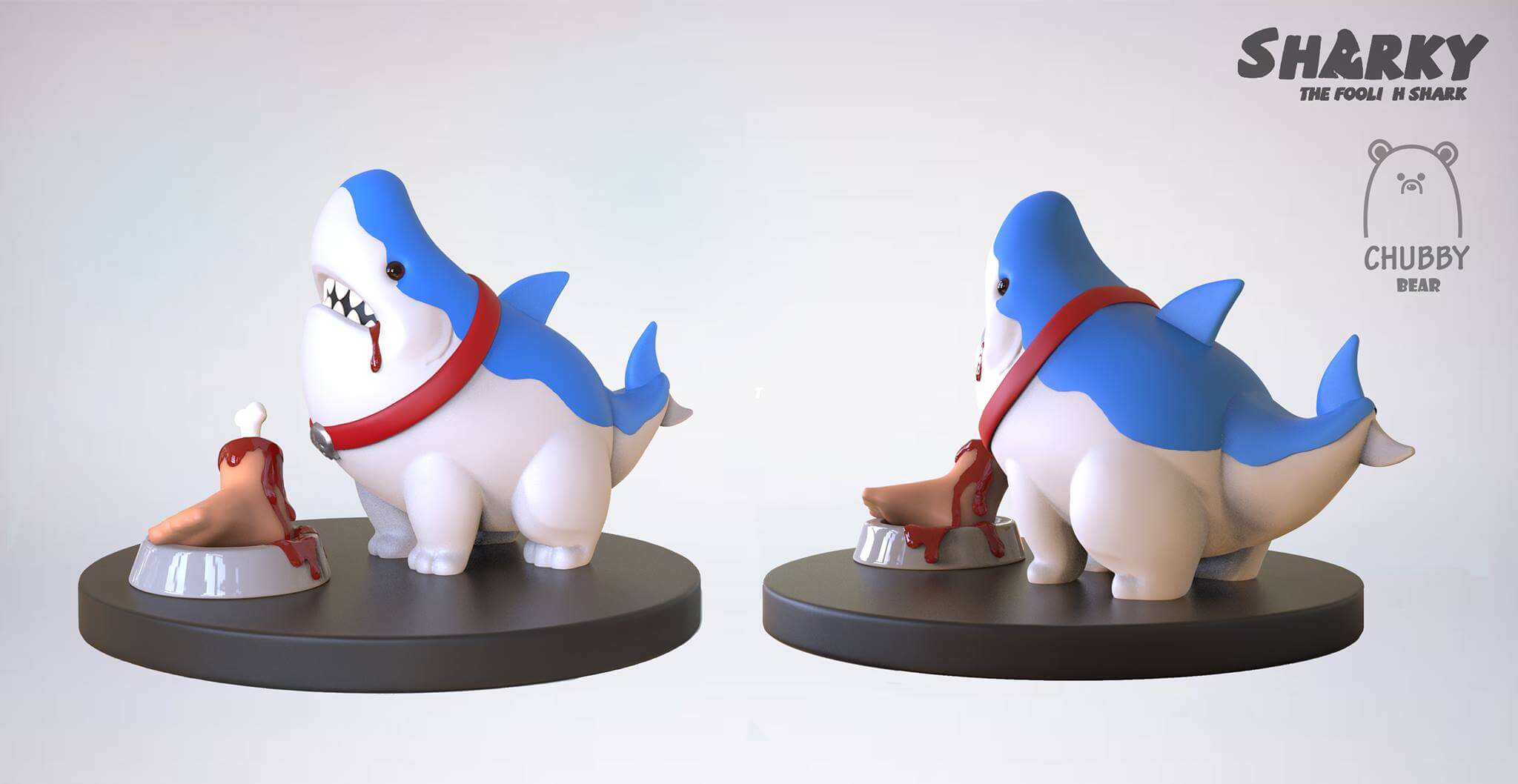 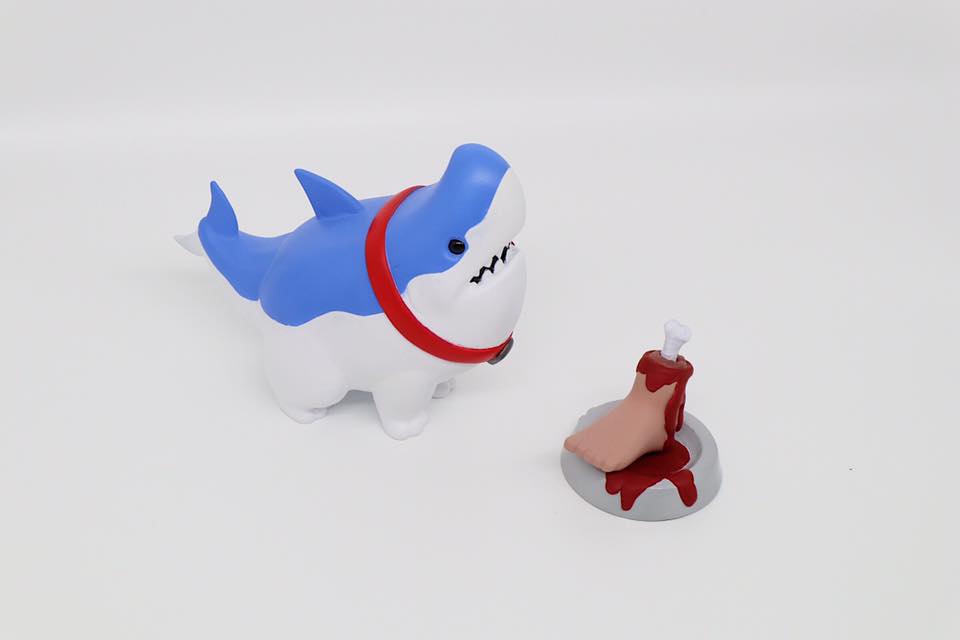 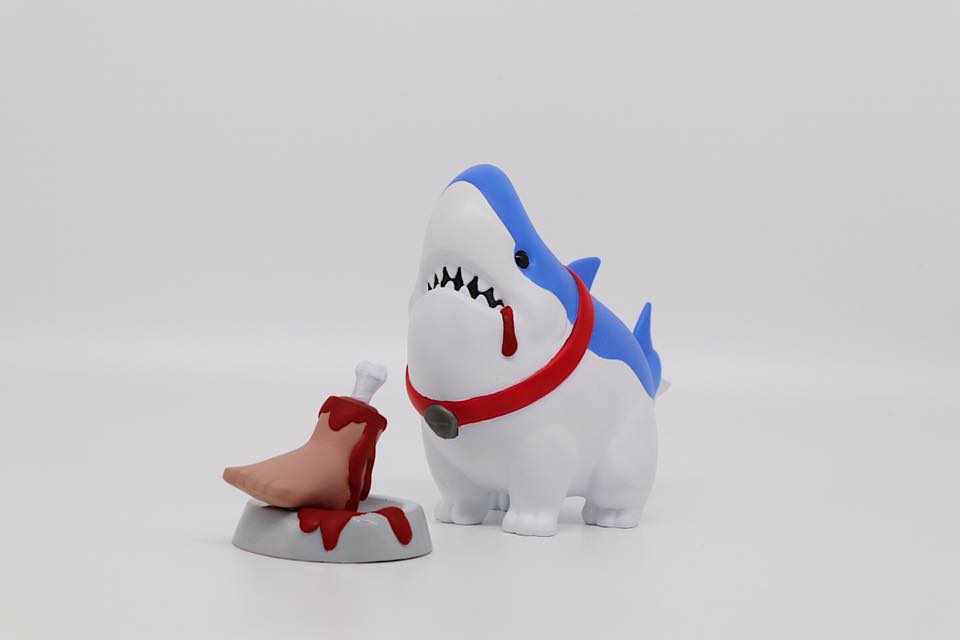 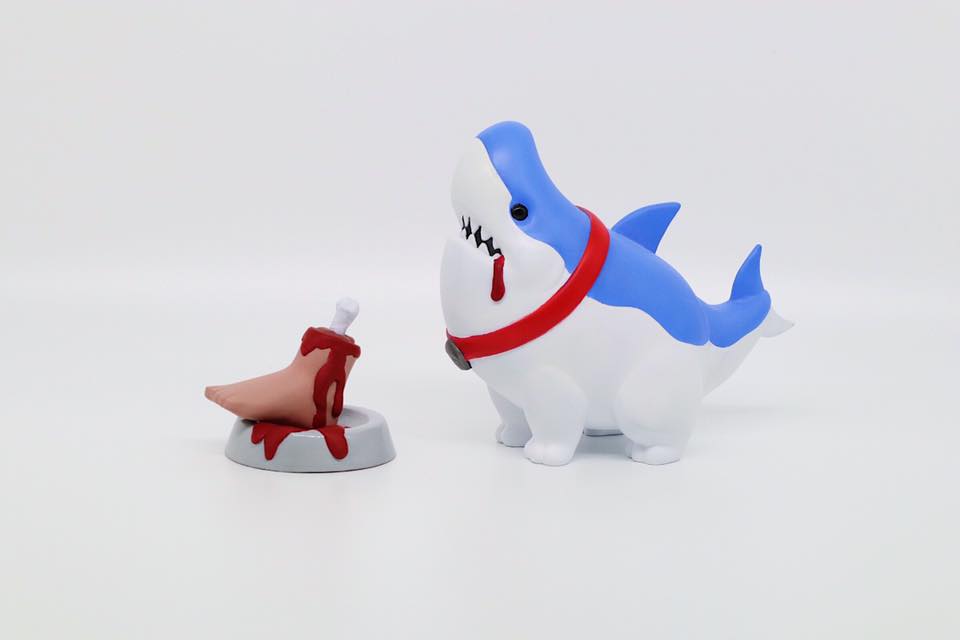 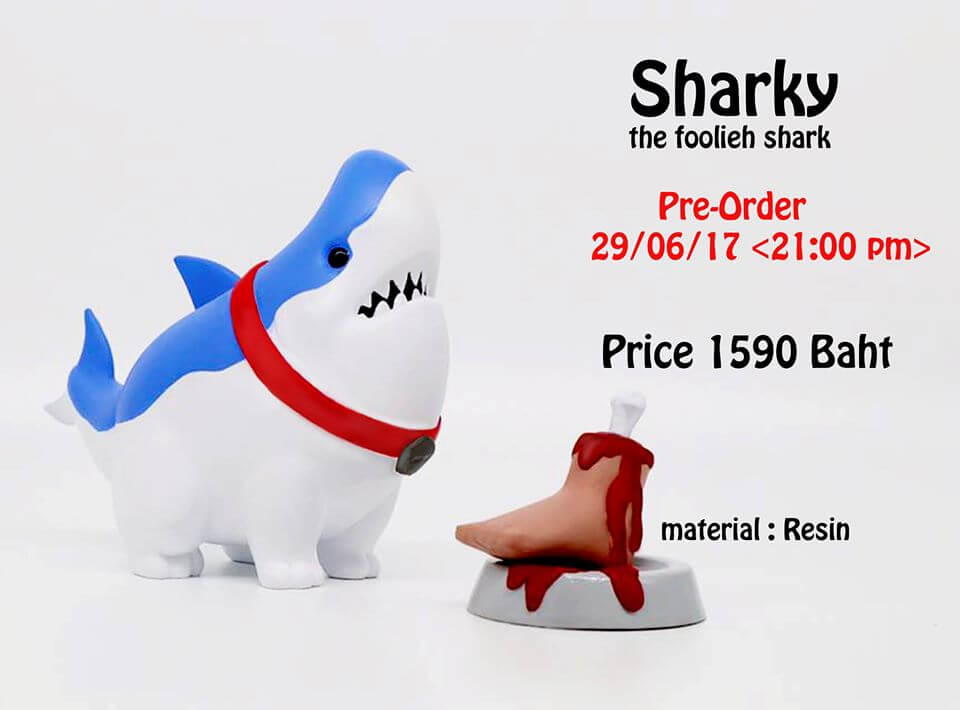 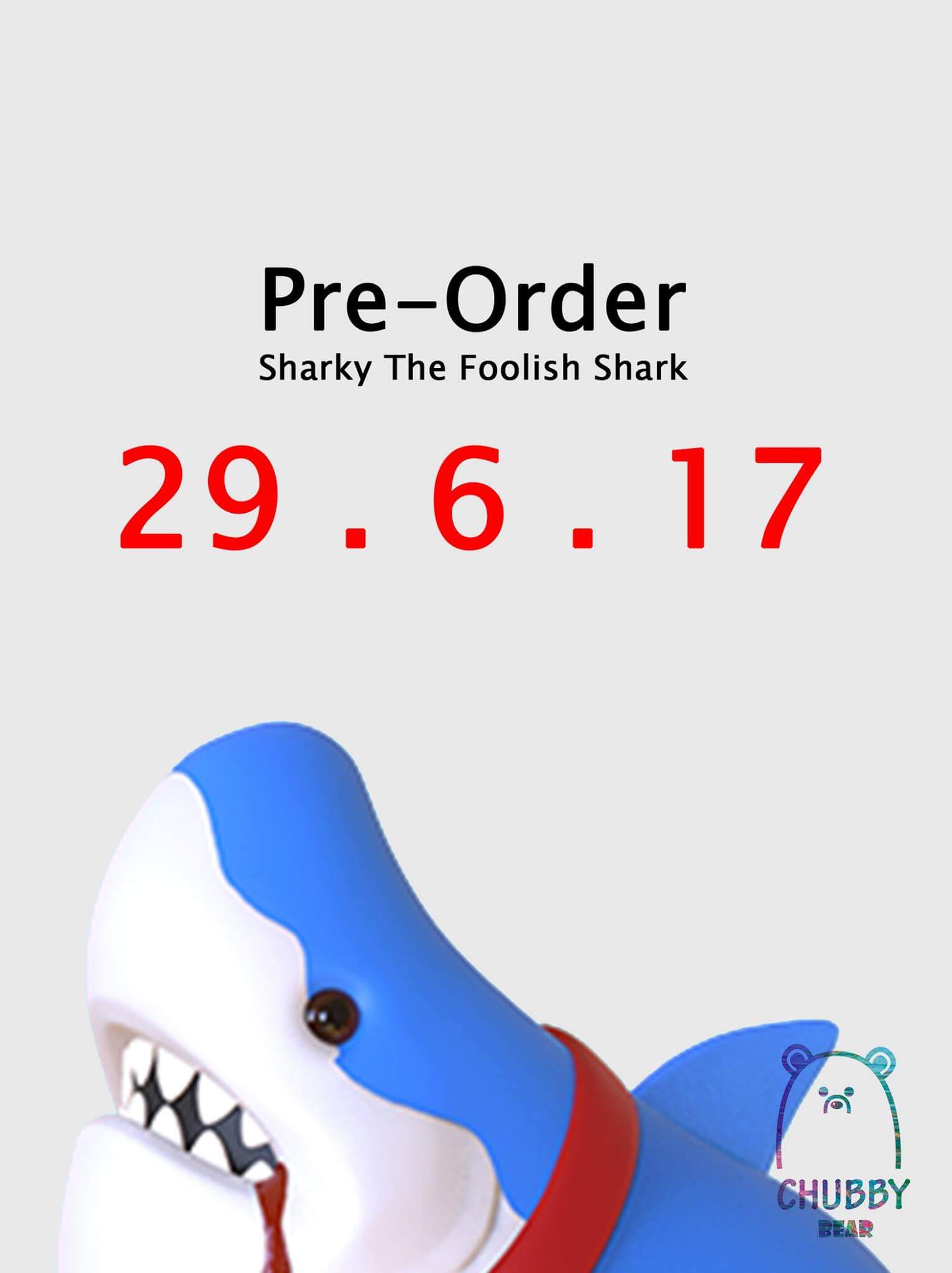 (Some photos lifted from Ekon studio )