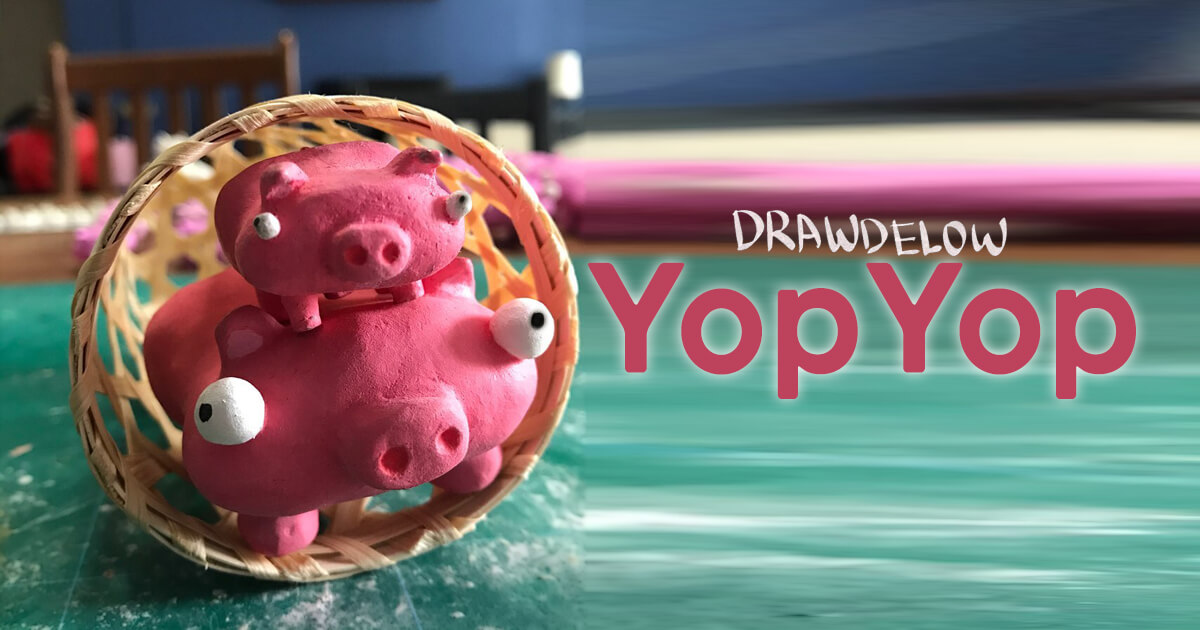 GOT bacon? How about suckling pig? No, we hear you say, not to worry as Edward Low of or the cool kids call him Drawdelow of MY Toy Hoard presents to you “Yopyop” his vegan-friendly rustic and derpy looking pig. With only a few weeks left of the year of the Pig, Edward has created 2 sizes of Yopyop, both hand-painted. What started as a random doodle to celebrate the Year of Pig. Edward then sculpted a small pig for fun so he could take it around to take photos during CNY. After months of procrastination, last month he finally force himself to do something on those pieces that he re-casted months ago~ Officially introducing YopYop to the world.

it will be 12 big & 12 small Yopyop for this release. The reason being pig is the 12th Chinese Zodiac. Then, it stikes me!

A part of me set a goal for myself to release YopYop by this year, another part of me think it is not good enough to be out there & it will take longer for me to get them done being I’ve made a poor mold to recast especially the smaller one. Months after months of dragging since I’ve casted them first half of the year. As year end is getting closer, I just tell myself “this year will be incomplete if I don’t do this”. Decided to only release almost half of what I’ve re-casted. Force myself to “repair” them as much as I could during my day offs. Doing all I can to make them “presentable”. So here it is.

Method of Payment
Malaysia: Maybank
Singapore: Paynow
Others: Paypal
(details will be provided when order is confirm)

You can get your daily Designer Toy fix from our TTC Mobile App. It’s free too! FREE! Download on the iPhone or Android smartphones. Search for “The Toy Chronicle” and all your Designer Toy wishes will come true! Pretty much