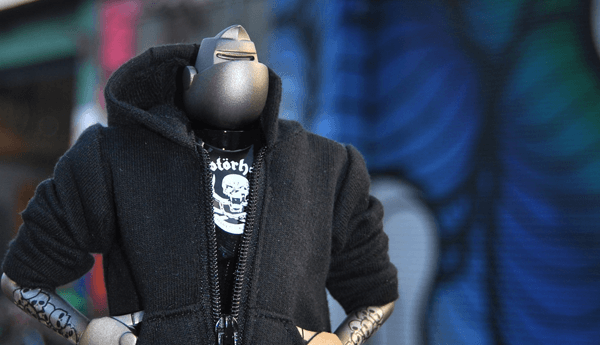 Wow! We’ll tell you who is absolutely killing it at ToyConUK 2017 next weekend – ROBOTIC INDUSTRIES! They have our favourite El Diablo Rojo in our heavyweight custom toy show CUSTOMANIA and he is also bringing the Milo Robot Series too! We’ve got word that an extra special guest will be making his robotic return to TCUK next weekend at York Hall! Urban Iron is back, bitches! 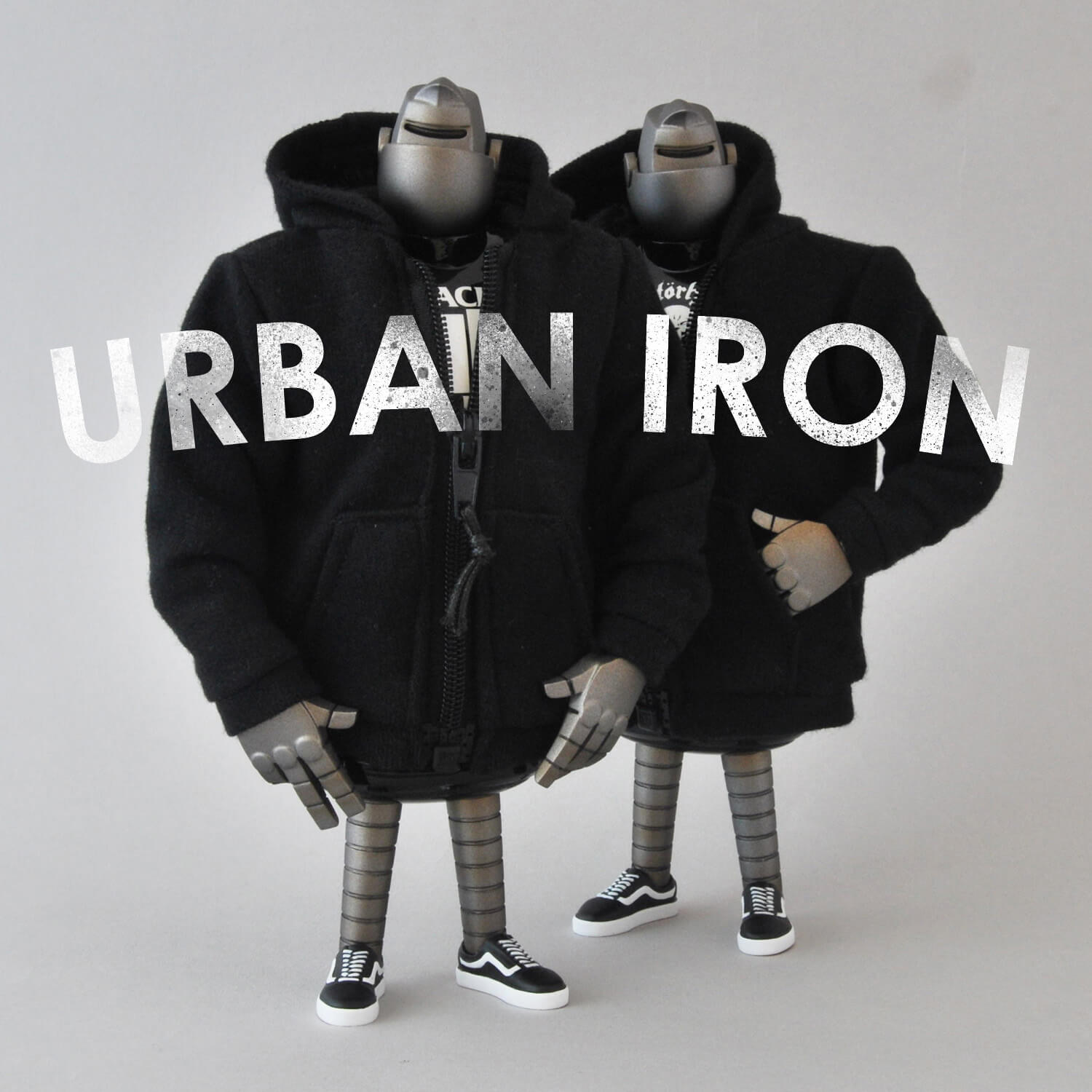 [quote cite=”Robotic Industries”]In the late 21st century groups of obsolete robots began to band together in gangs. These gangs could be mainly found in the metropolitan and industrial areas that they once worked, this leads to them being commonly known as Urban Iron. The most successful of these robots were the old Boxer units, their size and strength making them perfect for protection and extortion rackets.[/quote] 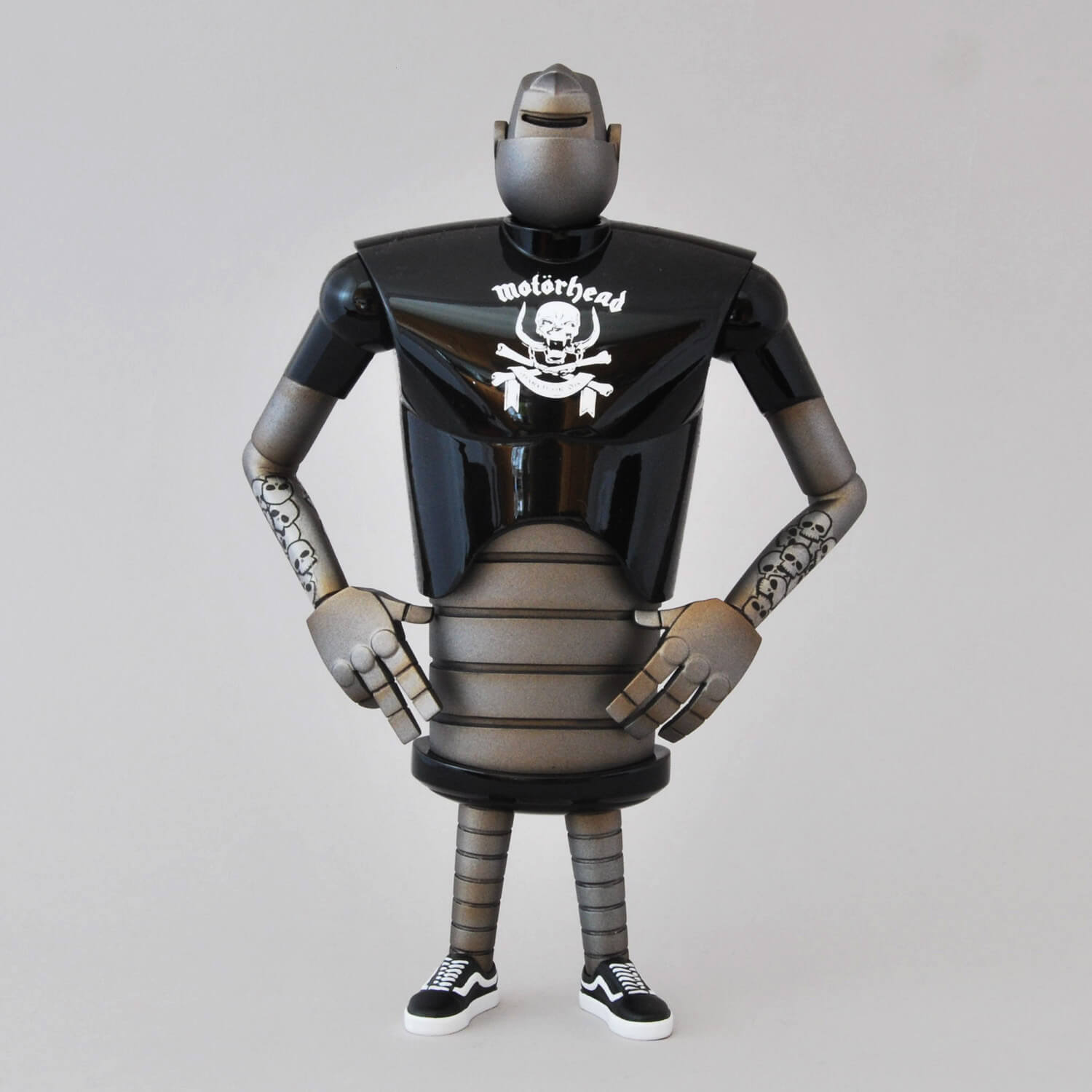 Urban Iron, as we mentioned, returns to ToyConUK for his second, these 1:12th scale resin robots feature fully poseable arms, neck and waist joints and will fit most 1:6th scale jackets and tops. The second version of Urban Iron comes wearing new Vans sneakers, and adorned with Motorhead and Black Flag emblems across their chest. Unfortunately, for you, the Black Flag version of Urban Iron has already been snagged. By the creator of Urban Iron himself. Ha. It’s alright for some, innit. We’ll let him off this time, as Urban Iron Motorhead is fucking A-class! 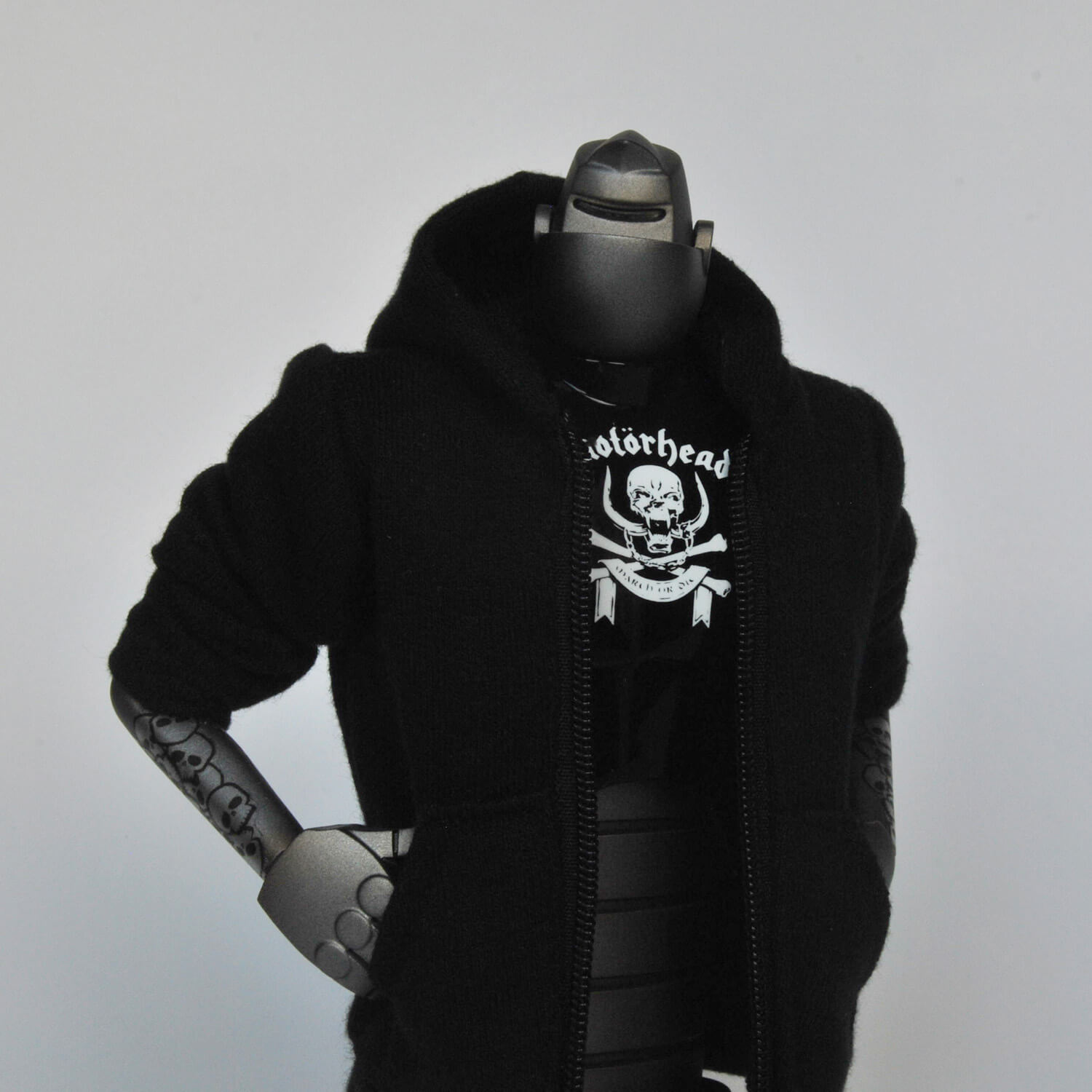 Now admit it, you kinda want to REALLY attend ToyConUK now, right? Well, you can still be there but Saturday tickets are SOLD OUT! So your best option is to buy a Weekend Pass for £23 HERE. That means not only do you get to see us on Saturday, but also on Sunday 30th too. Sunday is going to be the best day anyways. We are going to be super hungover and giving out FREE beard hugs all day. Beard hugs on Saturday cost the price of a beer!