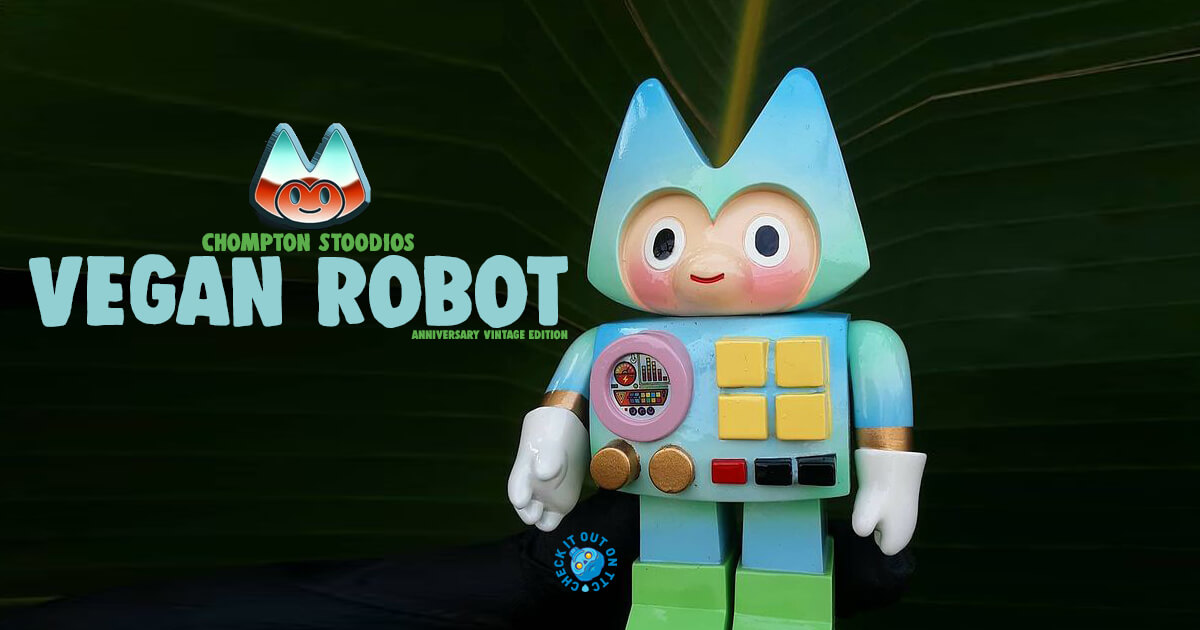 Making its way from illustration to clay to sofubi, Chompton Stoodios “Vegan Robot” was launched two years ago and won our hearts when we were scrolling through Instagram! “Vegan Robot” caught our eye with its robotic charm. Soft Vinyl Toy Made in Japan has that classic robot look that really sets it aside from what we see this day in age. Really beautiful colourways to choose from and a header card by Chompton Stoodios dear friend rynoarts.