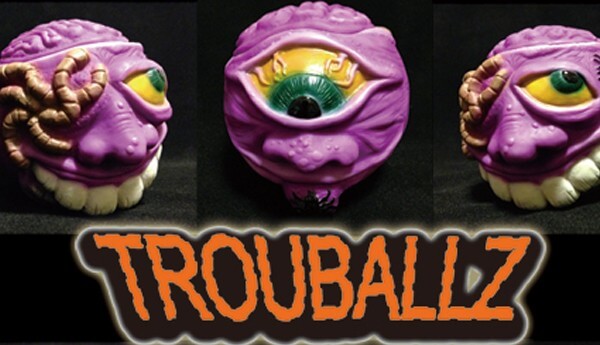 Don’t you just love a little nostalgic toy once in a while? especially growing up in the early 80’s toys that take me back to my childhood always catches my eye. It just so happens toy designer from Tokyo Bad Attic Toys is bring memories all back with Bad Attic Toys debut sofubi release, Two Face Todd.

“Bad Attic was founded by Japanese toy designer and illustrator Masa-shi in 2015. Heavily inspired by 80s and 90s gross-out toys and trading cards such as Madballs and Garbage Pail Kids, he set about designing a modern, grosser version of a monster ball toy with a little Japanese flavour. His debut toy is “Two Face Todd”, a janus-like ball toy with one face paying homage to 80s horror balls and the other a nod to Japanese “yokai” characters.” 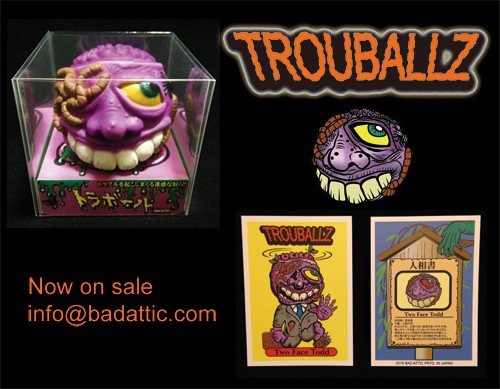 “Two Face Todd has just been released for sale in limited numbers for $100 each. Each toy was crafted in sofubi in a local Japanese workshop by experienced sofubi technicians and then handpainted by the artist himself. The first incarnation of Two Face Todd is in purple sofubi, although a further release in green sofubi is planned for the near future. Each toy comes in its own display case-style box and includes a limited edition trading card, illustrated by the artist himself. Two Face Todd is the first in a planned series of six two-faced monster ball” 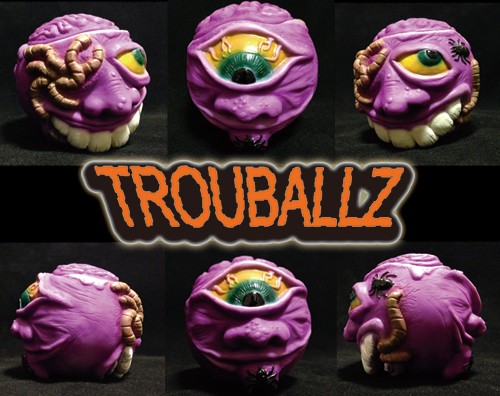