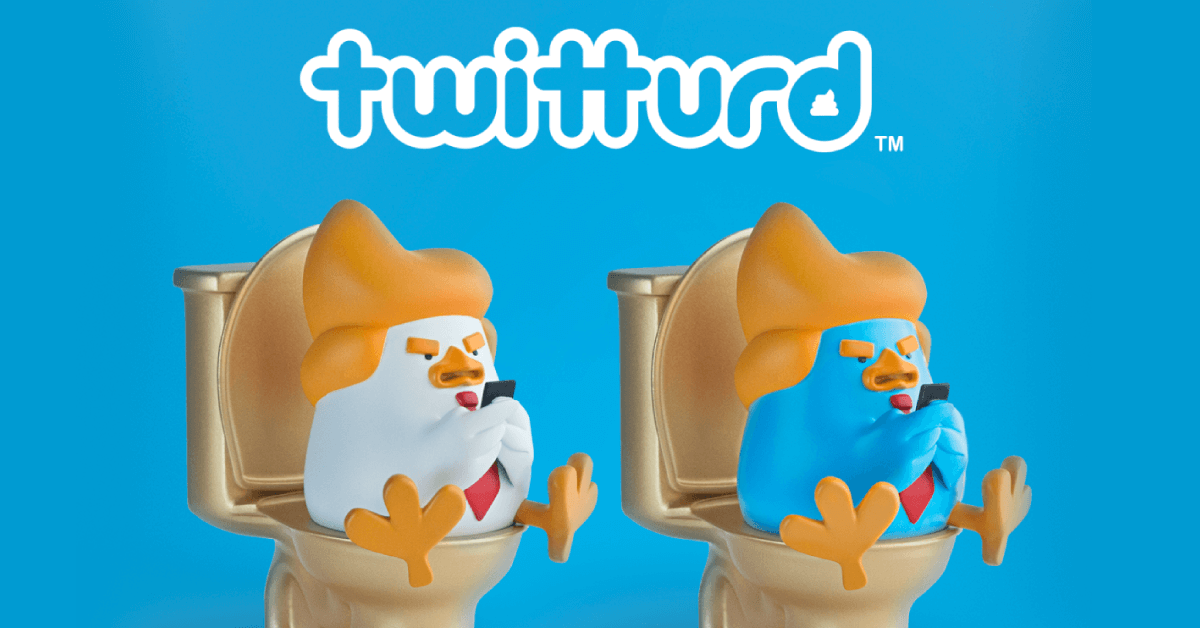 Do you reckon that Donald J. Trump accidentally sent the Presidential Alert today whilst sat on his golden White House thrown? It wouldn’t surprise us to learn that he was. When a little birdie emailed us about a new Kickstarter campaign to bring Twitturd to life in vinyl form, we were quick to take notice.

This highly polished 6inch figure really tickles our fancy, not just because they’re completely ripping the piss out of #45, but it looks like a lot of work has already gone into this figure before hitting Kickstarter for crowd-funded backing. You can head on over to their Kickstarter campaign page HERE now.

Twitturd comes in two stately colourways, to cover both white‑collar and blue‑collar bases and comes in two pieces, the potty & the poultry.

If you don’t wish your Twitturd to sit on the toilet, you can easily remove him and he sits freely by himself. The vinyl figure itself is available for as low as $25 + shipping, which is pretty impressive for a 6inch vinyl figure, which does lead us to a concern but more on that later. Other rewards range unto $249 for an limited edition Twitturd, as well as an original Twitturd plus campaign hat & shirt. You can back the Twitturd Kickstarter HERE. 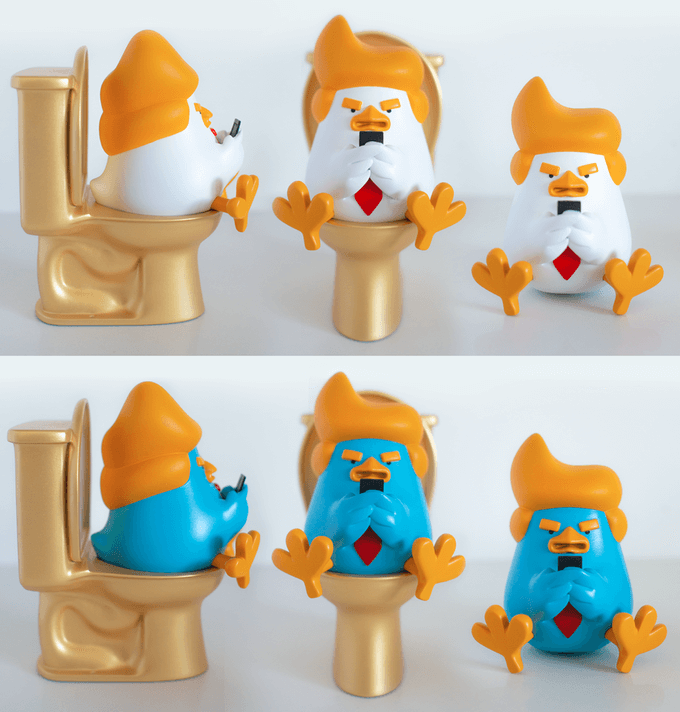 The original design by Casey Latiolais was a 2016 commission to commemorate the Year of the Rooster. It just so happened to coincide perfectly with America’s most infamous election. As a result, the rooster’s similarity to #45 became legend. Now Casey and business partner Kevin Kelly represent the team that has shat out Twitturd. 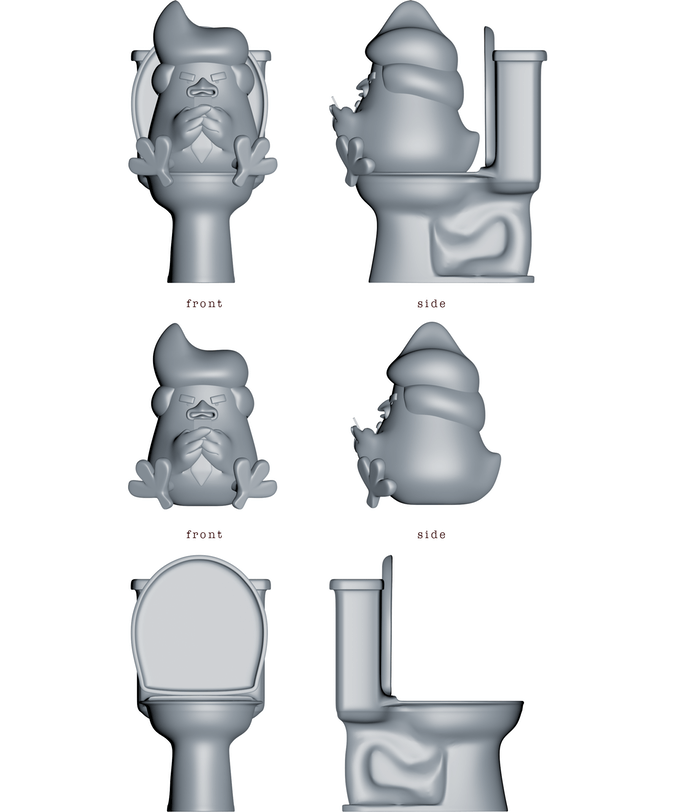 Guaranteed to make liberals laugh and conservatives cringe (in a good way, of course), it even works as a thoughtful gift for that oh‑so‑special fake news fan. Just give ’em the bird.

I think our only concern is the high Kickstarter goal they want to achieve in the next 43 days. $70,000 seems crazily high for a $25-$27 6inch vinyl figure to reach the goal. There are other rewards that can be included – such as tees & hats etc but it would need to sell around 2000 of the $27 Twitturd figures to get close to the $70k goal. We hope they make it. We’ve backed the campaign, as we really like the blue version of Twitturd.

We say, go back Twitturd on Kickstarter HERE and lets see what happens!