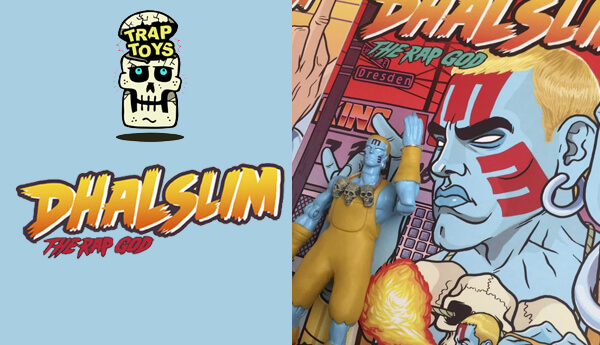 The experts in Rap bootlegs toys, Trap Toys just announced the release for the DHALSLIM variant. The Street Fighter/Eminem crossover was originally released back in February and immediately sold out. That shouldn’t surprise us, Trap Toys concepts are on point, clever mash-ups made in a stellar way, hand crafted by seasoned artists. These bootlegs are on top of the game;

In the announced release we can expect a blue color variant for the Dhalslim, as it was teased on Trap Toys social media; 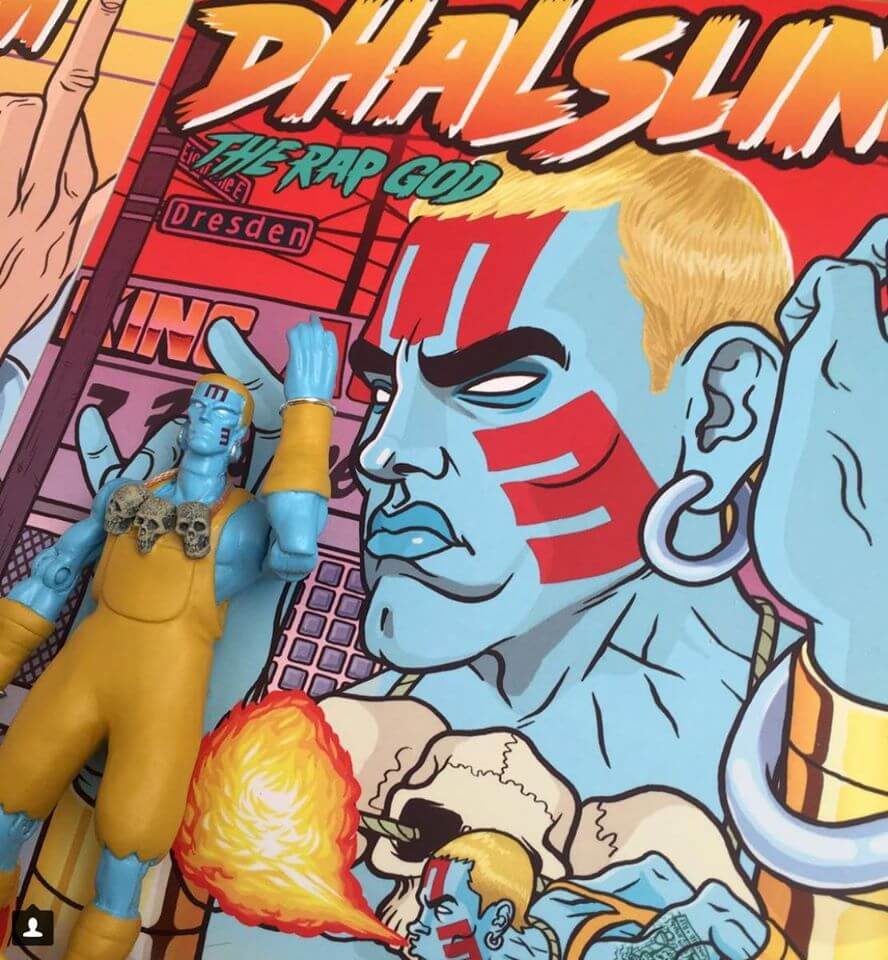 Card artwork made by Dan Evans.